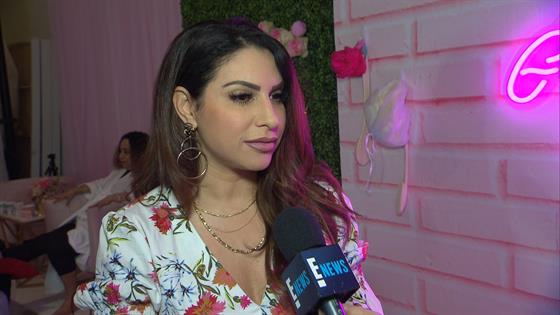 Let it be known that Andy Cohen reads his damn feed.

The man responsible for gifting the world with all things Real Housewives has a special sixth sense for knowing how fans are feeling about any season or star from the franchise. It helps, of course, they he engages with them daily, on social media and on Watch What Happens Live.

Still, fans were dubious when he tweeted back in September 2018 that The Real Housewives of New Jersey‘s upcoming season was “KILLING ME, you guys are gonna be so happy. It was everything.”

He then doubled down, perhaps sensing some skepticism, posting on Nov. 1:

“I’m nine episodes into the new [Real Housewives of New Jersey] season and it’s the best in years. Not a clunker in the bunch. Everybody firing on all cylinders,” he tweeted. “Lots of laughs. Lots of drama.”

Again, our Bravo lord and savior’s judgment was questioned. Had he not watched the past two seasons? Had he not heard the vows from fans that they were breaking up with RHONJ? Was he ignorant of the cries of cleaning out the once-seemingly infallible house that Teresa Giudice had built? Why bother hoping on the Turnpike when The Real Housewives of New York City was basically moving art? Was he losing his Midas touch? 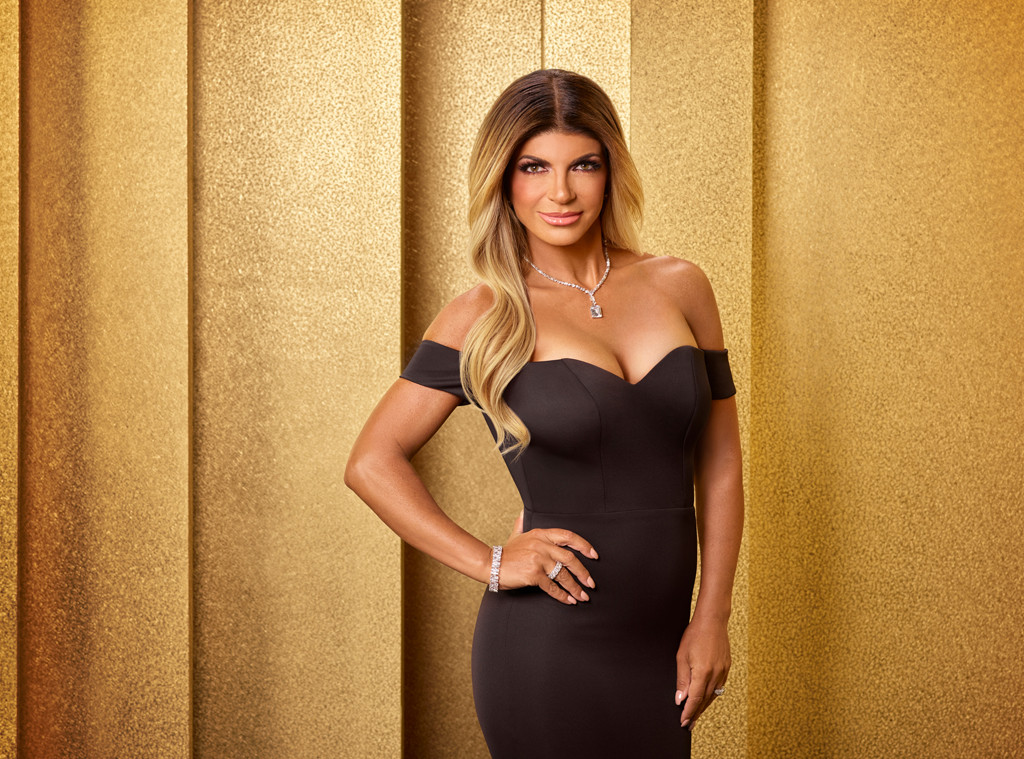 Minutes before the season nine premiere aired on Nov. 7, 2018, Andy took to Twitter one last time to plead his case for the new season.

“I know you guys think I hype every season of every HW but I feel strongly about this one because Jersey was always the perfect HW and we had a few bumpy seasons but it’s back,” he wrote. “Family, fun, drama… it’s all here. And it’s all unmistakably JERSEY.”

Well, one hour later, Andy proved there’s nothing grey about this Garden State, The Real Housewives of New Jersey proved it still has a lot of fight left in it. And Dolores Catania‘s warm welcome to Danielle Staub—”Welcome back, scumbag!”—almost felt like a message to the doubters.

The numbers are also on the show’s side. The season premiere attracted 1.18 million viewers and .5 ratings in the adults 18-49 demo. The penultimate episode, which aired on Feb. 6, boasted the same demo rating and an increase in total viewers, a rarity for most TV shows in the age of streaming and endless options.

So how did RHONJ do the impossible and come back better than ever nine seasons in?

The single smartest move the producers of RHONJ ever did was not bring Danielle Staub back as a full-time cast member, much to fans’ chagrin and surprise when it was first reported she would be making her grand return to the fold in season eight.

But they had metaphorically stuck their hand on the burner the previous season and weren’t about to make the same mistake again, as Jacqueline Laurita‘s much-hyped return as a full-time Housewife came and went with a whimper. Her reignited feud with Teresa felt staler than that black water the Manzo boys and her husband were trying to peddle to us years ago, especially because it just seemed like Teresa couldn’t even be bothered to flip a finger, let alone a table, due to her emotions towards her former bestie. The original star just couldn’t hang anymore and once again left the show. 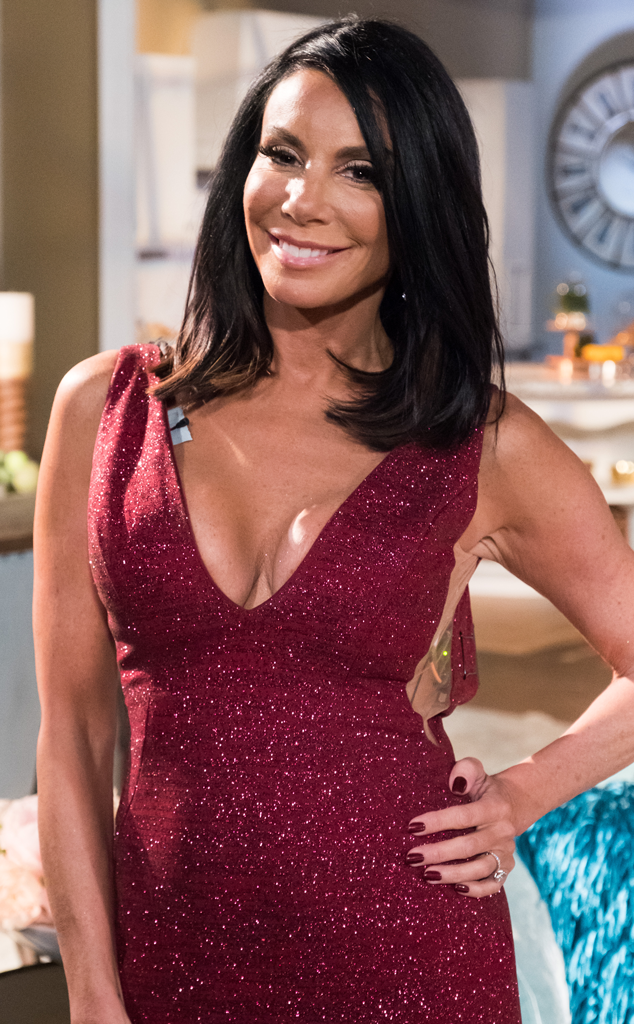 But back to Danielle, the original cast member who has still not been upped to full-time star since her return, lingering in the Bravo no man’s land that is being a friend to the Housewives.

After Teresa infamously called her “a prostitution whore” and later shoved Andy at a reunion in an attempt to her to her, their reconciliation in 2016 sent shock waves through the fandom. The last time they had been in the same room, Tre had literally shoved Andy out of the way at the season two reunion in an attempt to get to Danielle. Now they were doing yoga together?! Danielle’s return to the series felt imminent…and it was.

But viewers saw a restrained Danielle, at least at first. She proved to be a loyal ally to Teresa and a thorn in the level-headed Dolores’ side. Turns out, it was just her warm-up, because she was just getting started, baby.

Season nine, however, Danielle was firing on all cylinders, stirring up the drama, burning bridges and…turning into the ultimate bridezilla, as co-stars Melissa and Margaret served as bridesmaids, while Teresa, of course, was her matron of honor.

Adding a truly dark seasoning to this already potent mix was the fact that before the season started airing, news broke that Danielle, who had previously been engaged 20 times, and her new husband Marty Caffrey were getting divorced and it was clearly going to be an ugly one, so watching as Marty yelled that he “chose” Danielle over his kids, who “do not like” her (on the eve of their wedding, by the way!) was sort of like watching the opening scene of a horror movie. 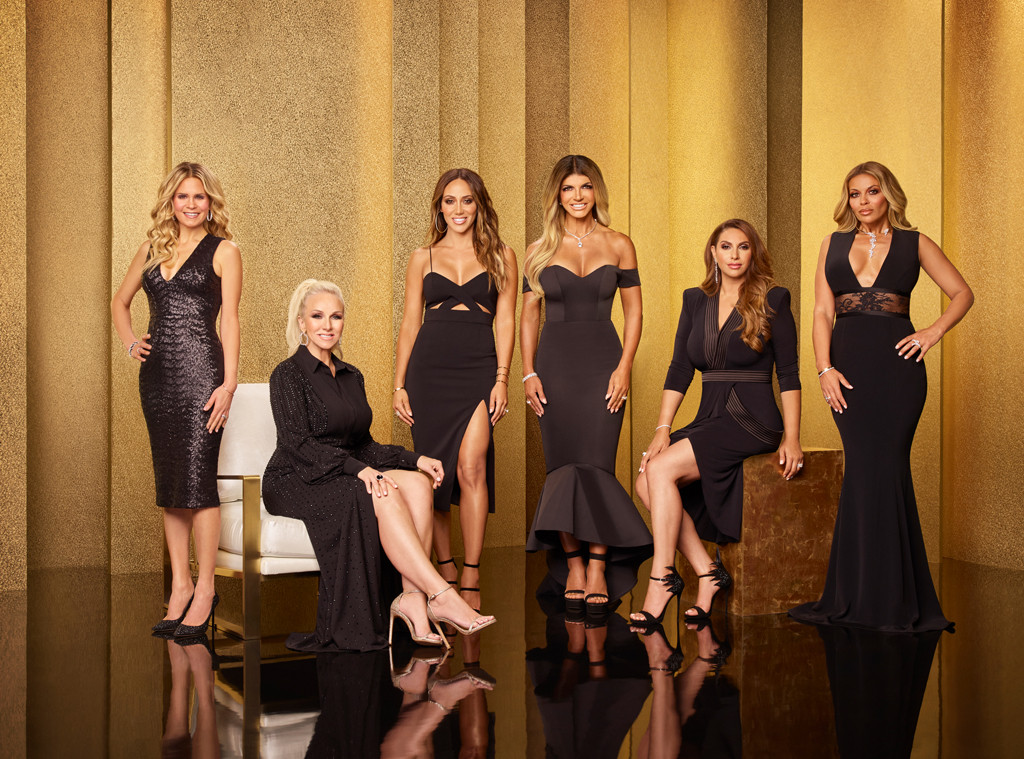 They Found the Right Newbies

In season seven, Dolores, a longtime friend of Teresa and Melissa’s who had briefly popped in and out over the years, was introduced, along with Siggy Flicker. They were mature! They were fun! They were…kind of boring?! Dolores is an anchor, so she is a grounding force. As a professional relationship expert, Siggy was quick to resolve fights, not start them. While refreshing in the real world, conducive to television drama these traits are not.

Then Siggy decided to swing completely in the other direction in season eight…and it all just felt very forced. Her exit after two seasons was honestly a welcome one. It was time.

When it was announced that two new cast members were joining the show, people had their reservations as the franchise has a long, storied history of one-and-done newbies, women who fail to fold into the established group in an organic way. New Jersey‘s newbies quickly proved up to the challenge.

“There are two new girls who are, like, amazing. It’s so hard to cast new people on Jersey. We are family, it’s very hard to fit in with us…to bring other people in has always been difficult and I think we found it,” Melissa told E! News before the start of the season. “These two girls are so polar opposite, it’s insane. One is a little bit like Teresa and I feel like one’s a little bit like me, so it’s just funny and it works.”

Jackie Goldschneider, a former lawyer and a mother of two sets of twins who now pens a parenting column, came out of the gate strong, proving she wasn’t afraid to do what so many women before her couldn’t: stand up to Teresa and call the last NJ OG standing out when no one else will.

It’s no wonder Melissa has really bonded with Jackie. 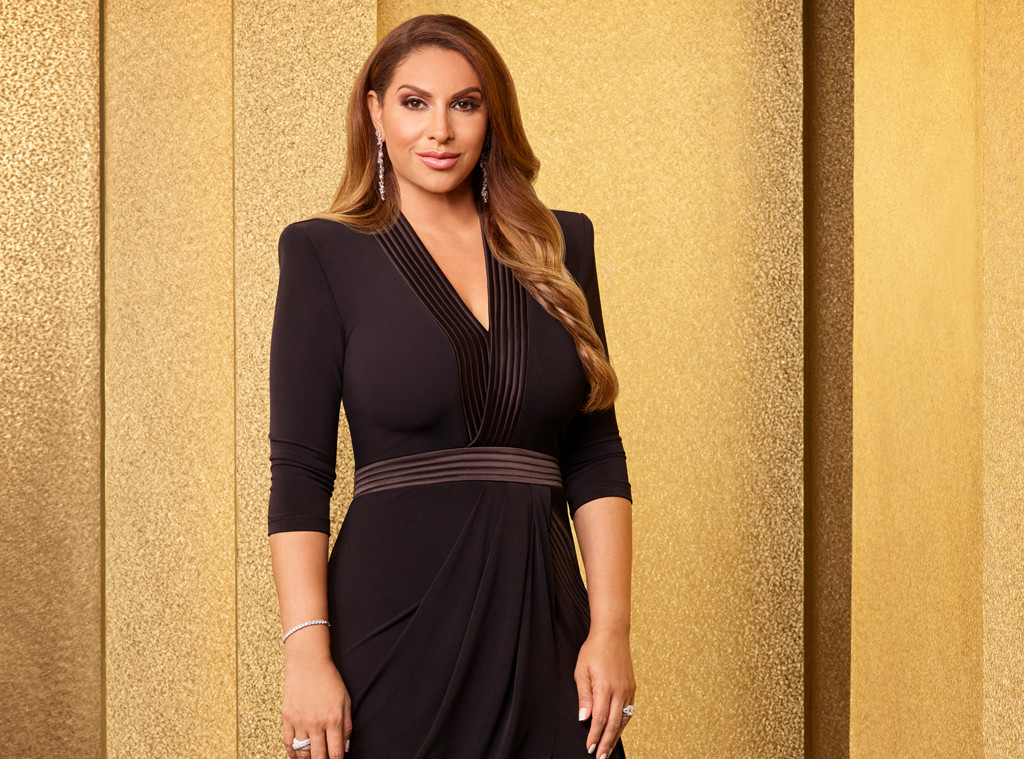 But as the season progressed, her co-freshman Jennifer Aydin proved to be RHONJ‘s secret (tequila-fueled) weapon. Married to a plastic surgeon, Jennifer is proudly of Turkish descent, is the mother of five children, and her home has triple the amount of bathrooms (16, to be exact). She also becomes a completely different person when she drinks and/or is on trips with the women, a fascinating trait we learned midway through the season, when Jen first started showing signs of brilliance during the their trip to Oklahoma.

Fresh off a trip to Turkey with her family and still reeling from an article Jackie wrote about her in The Bergen Record, called “Does Giving Too Many Gifts Create Spoiled Children?,” Jennifer decided to address the elephant in the party bus in the most deliciously dramatic way.

Presenting all of the ladies with gifts she bought them on her trip, she handed a bag to Jackie, who was surprised to find a small dagger. Jennifer helpfully explained it was an ancient weapon “that people use when they want to stab people in the back, so I  figured I’d give you something tangible so the next time I could see it coming.”

The only lady not to receive a gift was Margaret Josephs, whose gift “got lost with the mail-order bride,” a direct reference to a comment  Margaret had made about Jennifer’s brother’s impending arranged marriage.

But that’s just scratching the surface with Jennifer, and we’ll touch on her fighting skills in a bit. But she’s reminiscent of Teresa from seasons past, something OG Teresa herself has noticed, which is perhaps why she seems to have taken Jen under her well-chiseled wing.

Finally, respect must be paid to Margaret herself, who is a breath of fresh in the same vein of Dorinda Medley‘s introduction in the later seasons of The Real Housewives of New York City. Love her or hate her, she’s completely and utterly herself, adult pigtails and all, and it’s hard to imagine the show before or without her. 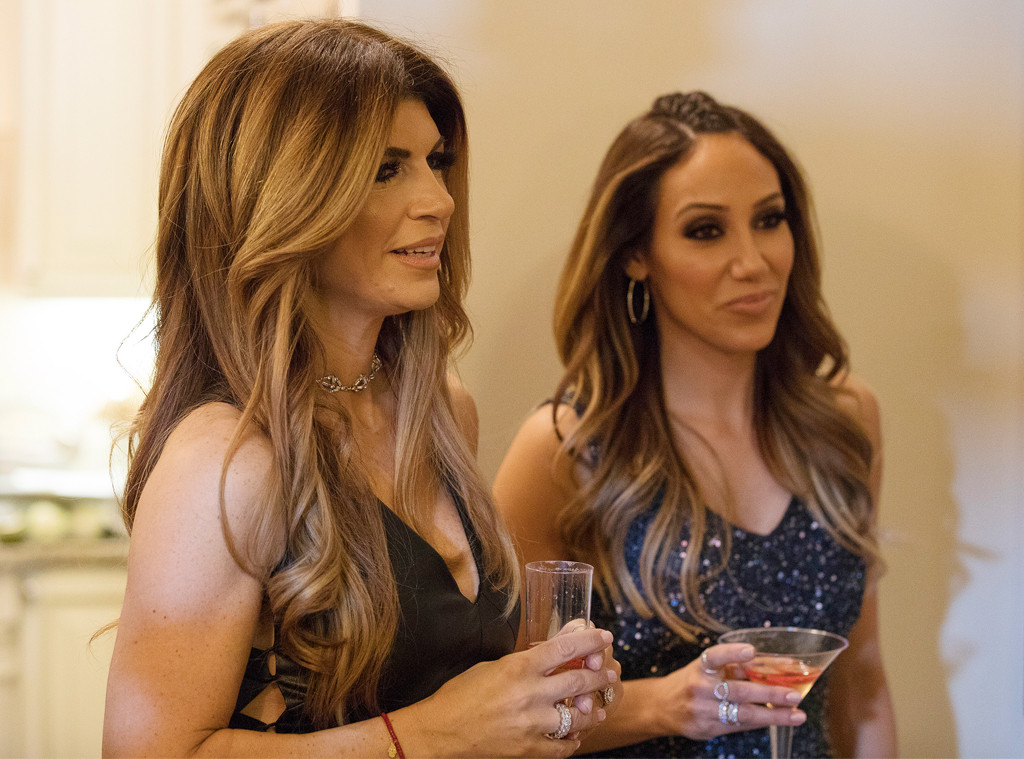 One of the joys of watching any Real Housewives series is the ever-shifting and unreliable alliances and friendships that form among the women. Yesterday’s BFFs are today’s mortal enemies are tomorrow’s frenemies.

Alas, with New Jersey, it has the additional drama provided by the family dynamics. (Who can forget Caroline Manzo‘s chilling-yet-captivating Tony Soprano-style of handling her “Fambily”‘s business in earlier seasons?)

But then the sort of unimaginable happened: Teresa and Melissa started getting along (at least on-camera). After Teresa’s release  from prison, the sister-in-laws seemed to finally reach an understanding and stopped playing an endless game of tug-of-war over Joe Gorga. And then they only became closer when Teresa and Joe’s beloved mother, Antonia Gorga, passed away in March 2017.

It was heartwarming! But it was also a buzzkill when it came to their on-screen antics. There was just no going up against them as united front, one that mostly refused to get in any arguments with each other. It was an unwinnable game of Red Rover…until the right ladies were able to break through as a battle line was clearly drawn throughout season nine, and the sister-in-laws seem to be on opposing sides.