HOLLY Willoughby kicked off Christmas in style as she boarded a luxury train with pals over the weekend.

The 41-year-old was seen laughing and posing as she swigged champagne alongside the likes of Emma Bunton and Nicole Appleton. 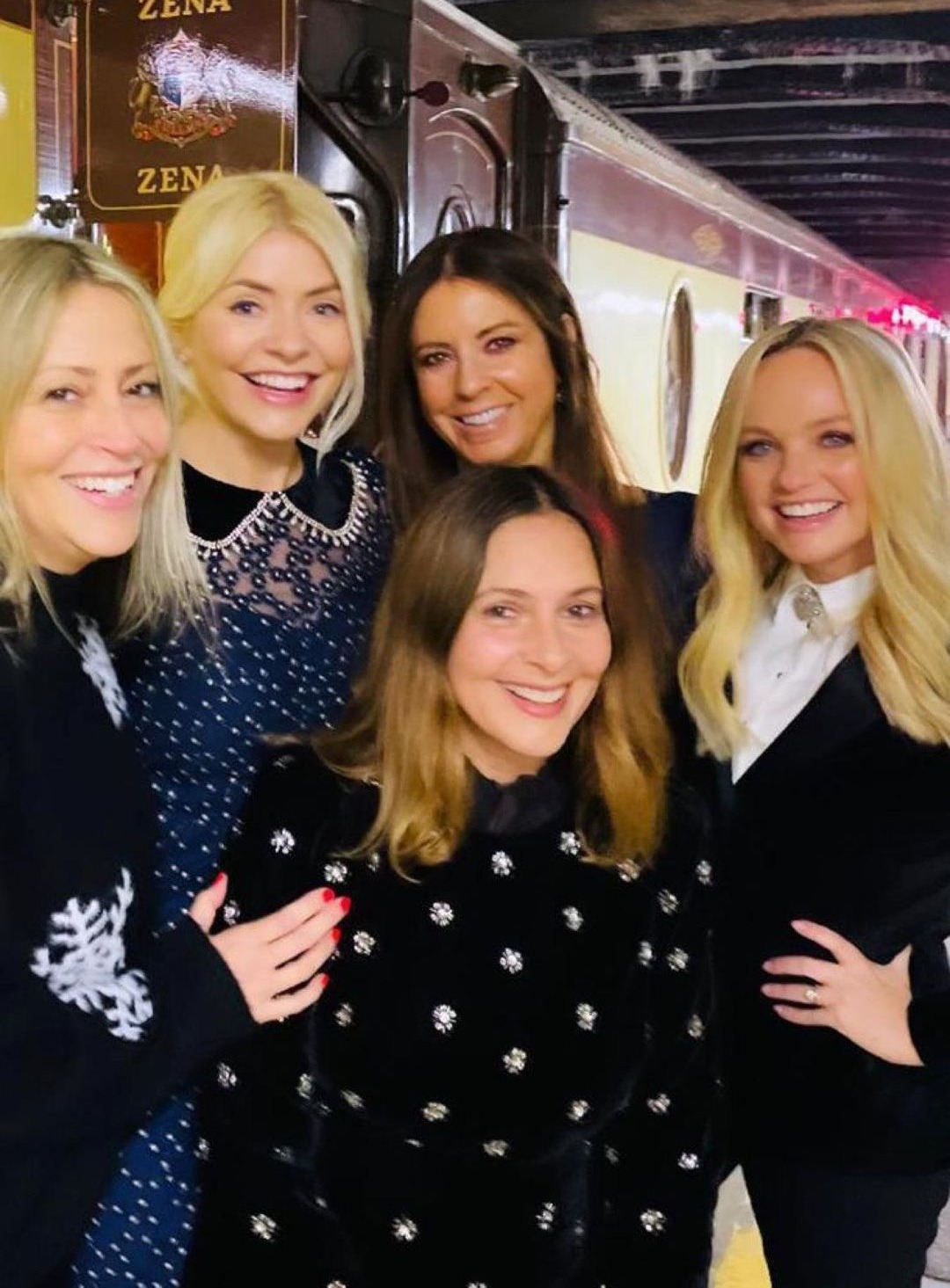 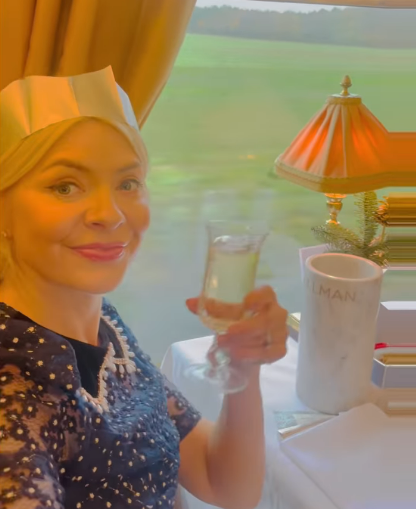 The group of women once again enjoyed a ride on a Belmond British Pullman train, which has become somewhat of a festive tradition for them.

A festive lunch aboard the train costs £520 per person and features a five course lunch, half a bottle of wine and champers to start.

They were also treated to a performance from The Spitfire Sister, who recreate 30s and 40s tunes.

Sharing a video from their fun day out, Holly wrote: “All aboard the Christmas Train 🎄🚂… dreamy day with my girls.” 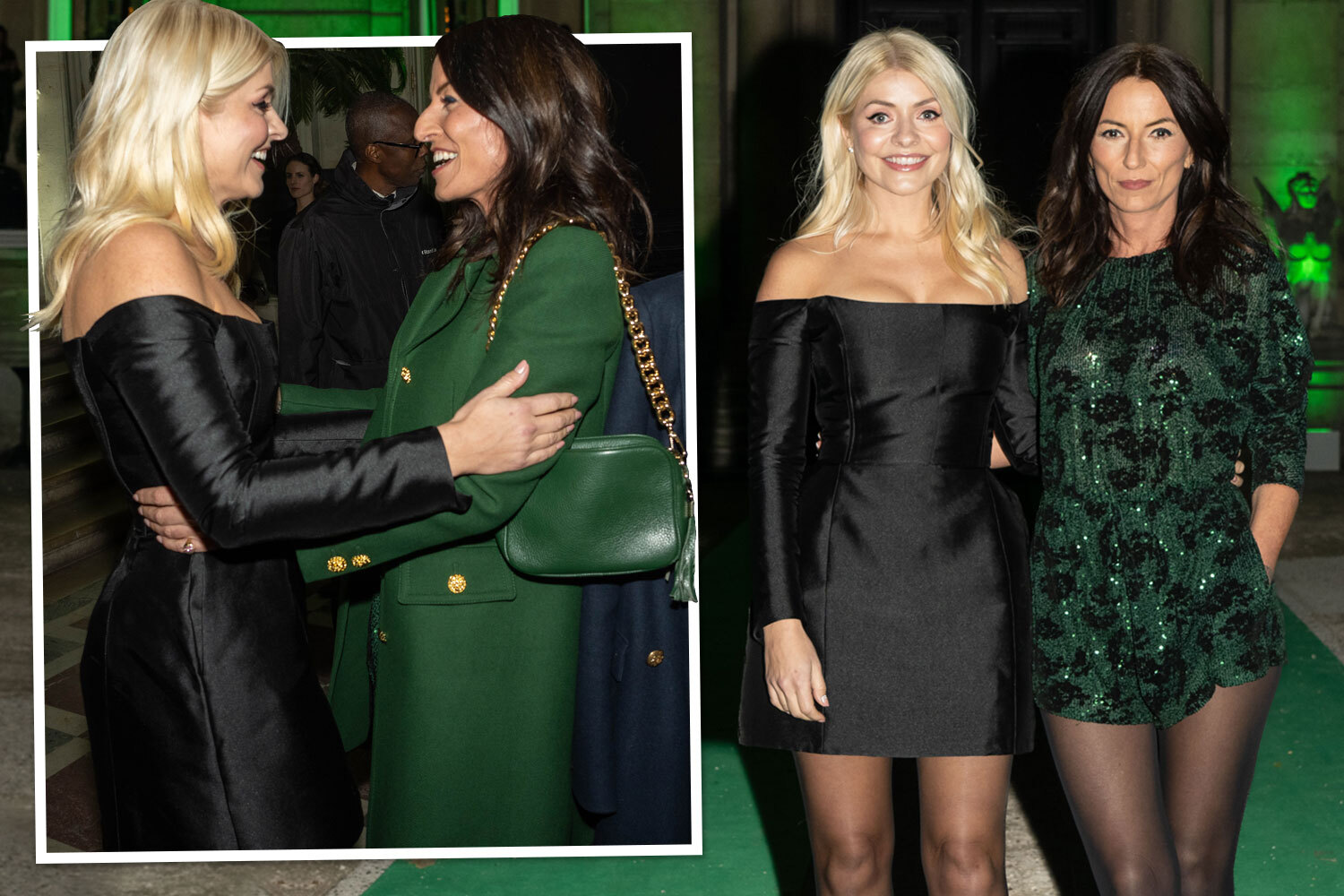 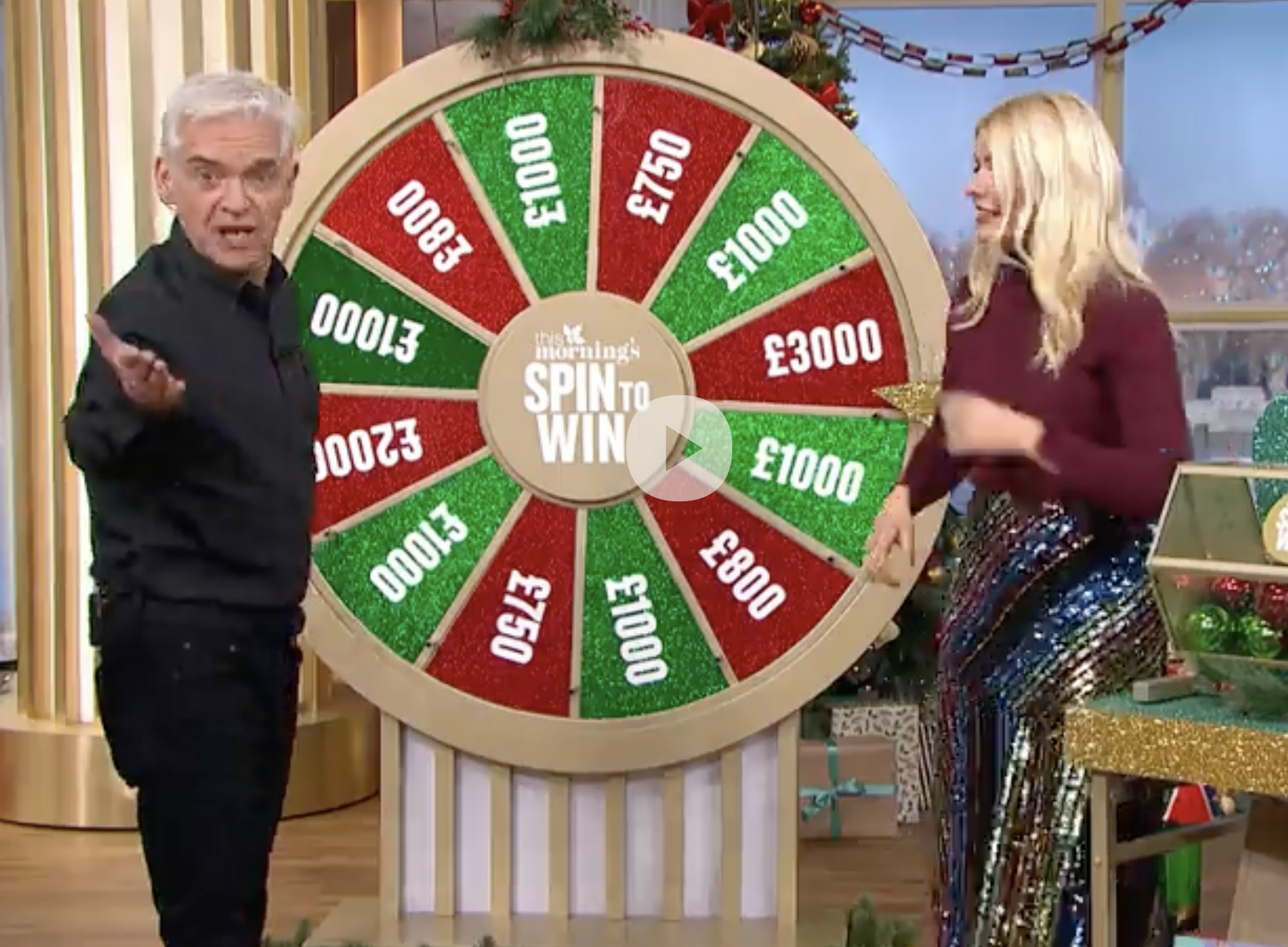 She added that they were missing their pal Christine Lampard.

Holly is known for being a huge fan of Christmas and often puts her Christmas tree up in November.

Speaking previously about her plans for the big day, she said: Holly said: “The kids like honey or jam on toast cut into triangles to make it look a bit posh.

“Dan and I usually have smoked salmon on toast while we are opening the tree presents with a glass of Buck’s Fizz.

“All three kids run in very early, at fever pitch level of excitement, with some of them having not slept all night.

“My eldest had about an hour of sleep last year I think, so I’m hoping this year we will wake up slightly brighter than we did last year.

“But with three young children, it’s Christmas chaos with a very early start.

“We have to try and stop ourselves from opening the tree presents before breakfast because we’re all up at about 5.30am.” 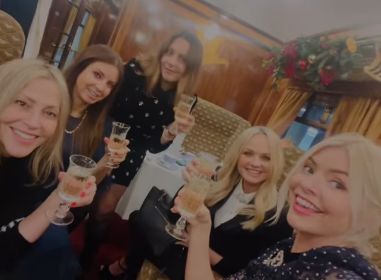 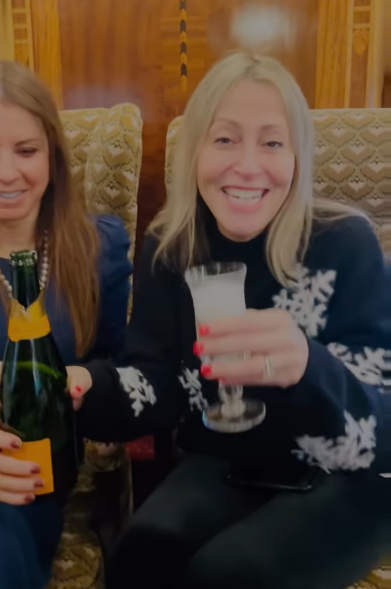 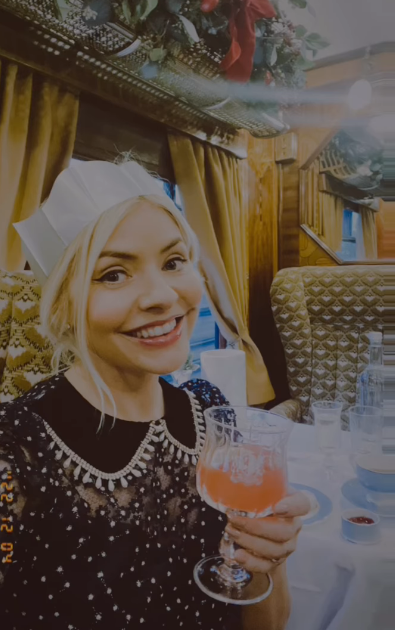