HOLLY Willoughby giggled when she slurred her words after drinking SEVEN different types of rosé wine with Phillip Schofield on This Morning.

The 39-year-old star made no secret of her delight at the final segment in today's show, with the presenters testing out different varieties of the fruity beverage. 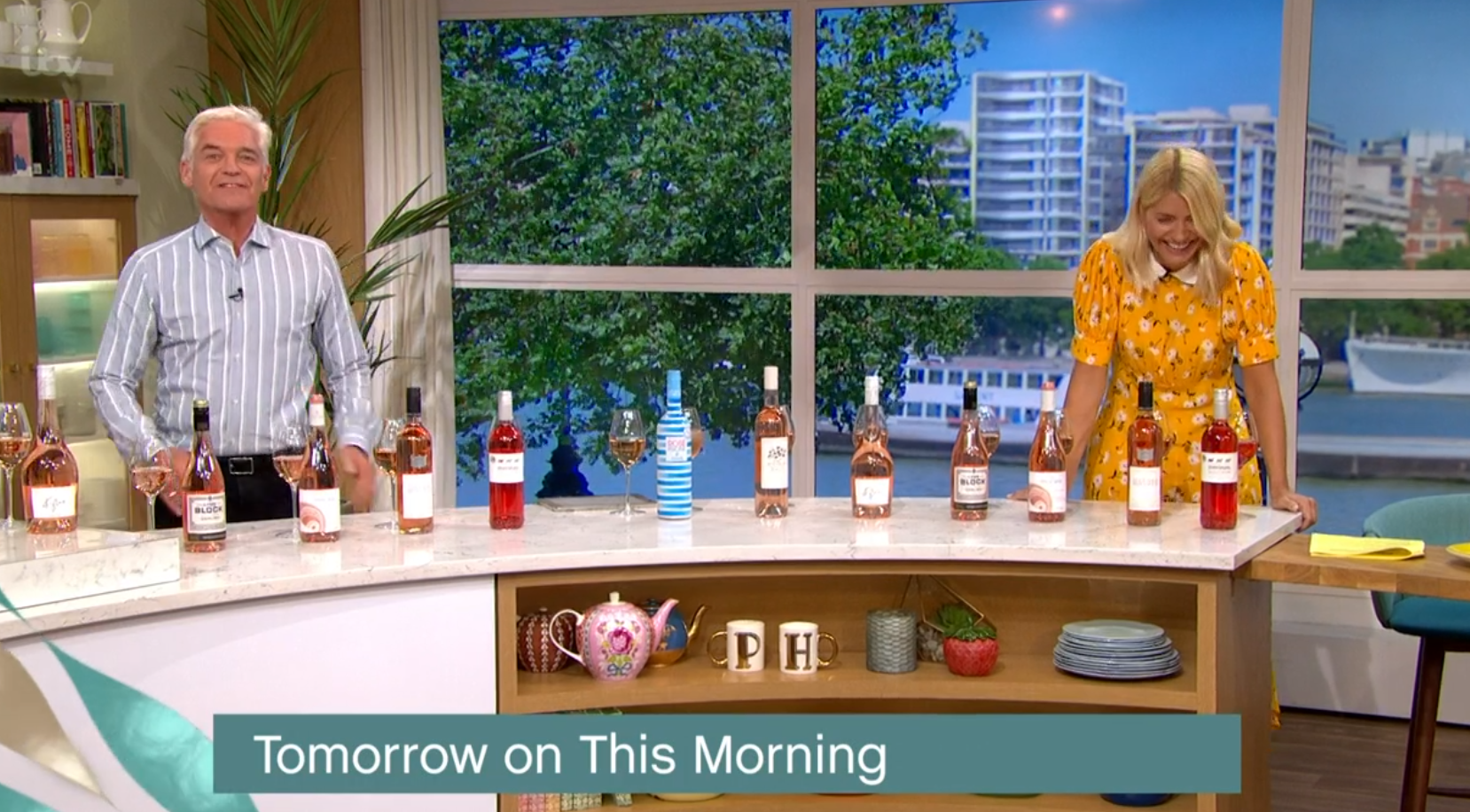 Joined via video chat by Heen McGinn, Holly admitted that rosé is one of her favourite alcoholic drinks as she gave her opinion on each brand.

She and Phil were thrilled to taste Kylie Minogue's new rosé , which she launched last week to mark her birthday.

The pair agreed that it had a good flavour, and while they managed to remain professional throughout the segment, the booze appeared to go to Holly's head as she spoke about what is coming up in tomorrow's This Morning.

Attempting to speak about Coronation Street actress Sally Dynevor joining them, Holly fumbled her words before stopping to correct herself. 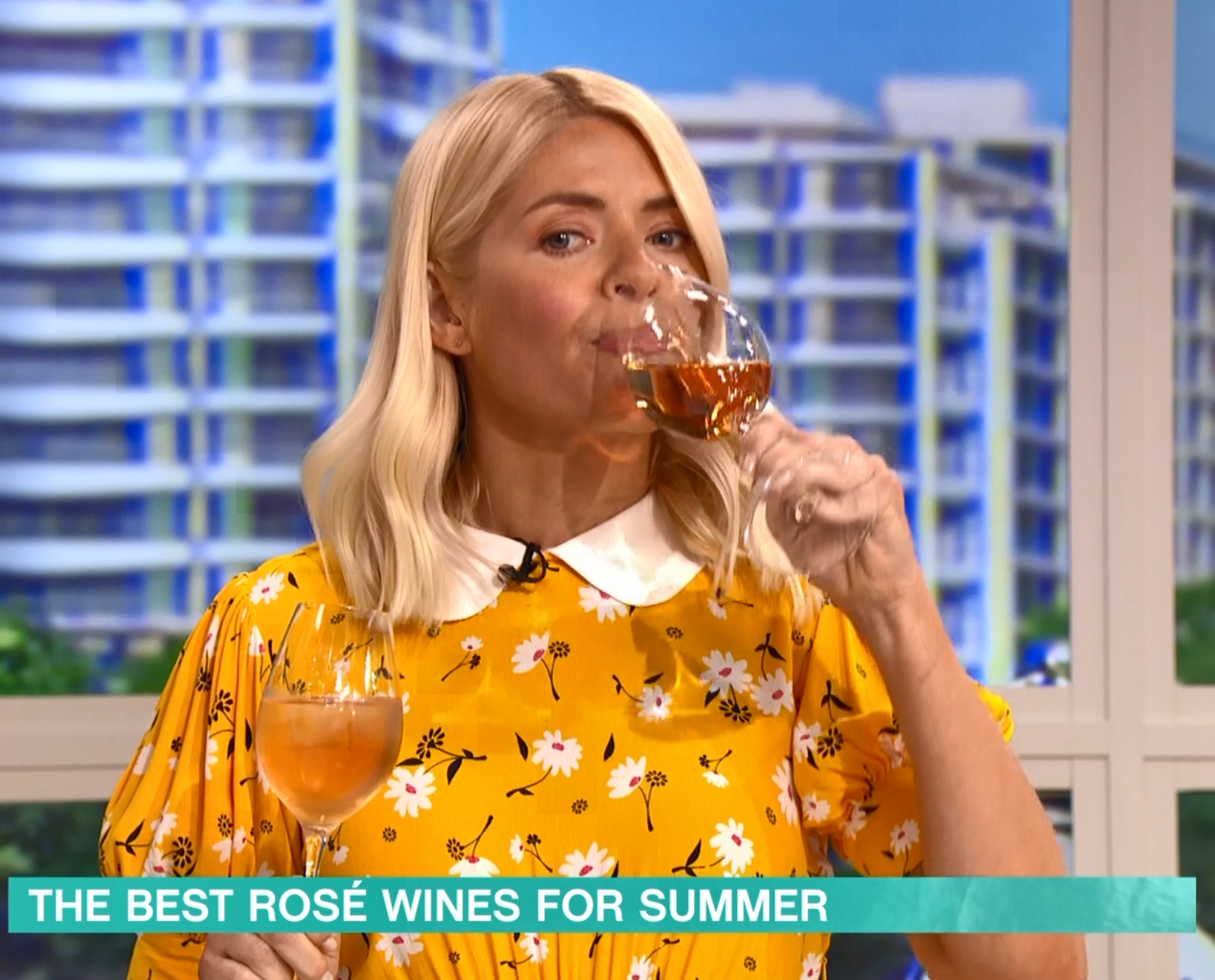 She then started laughing as she tried again, with Phil also giggling as he said his piece.

Holly could be seen shaking her head and putting her hands to her mouth as she laughed off the blunder just before the credits rolled.

Holly and Phil were particularly naughty in today's This Morning, with the pair collapsing into giggles earlier in the show when she made a saucy joke about melons.

During James Martin's cooking segment, he showed off his green house and told the presenters that he had "melons on the floor". 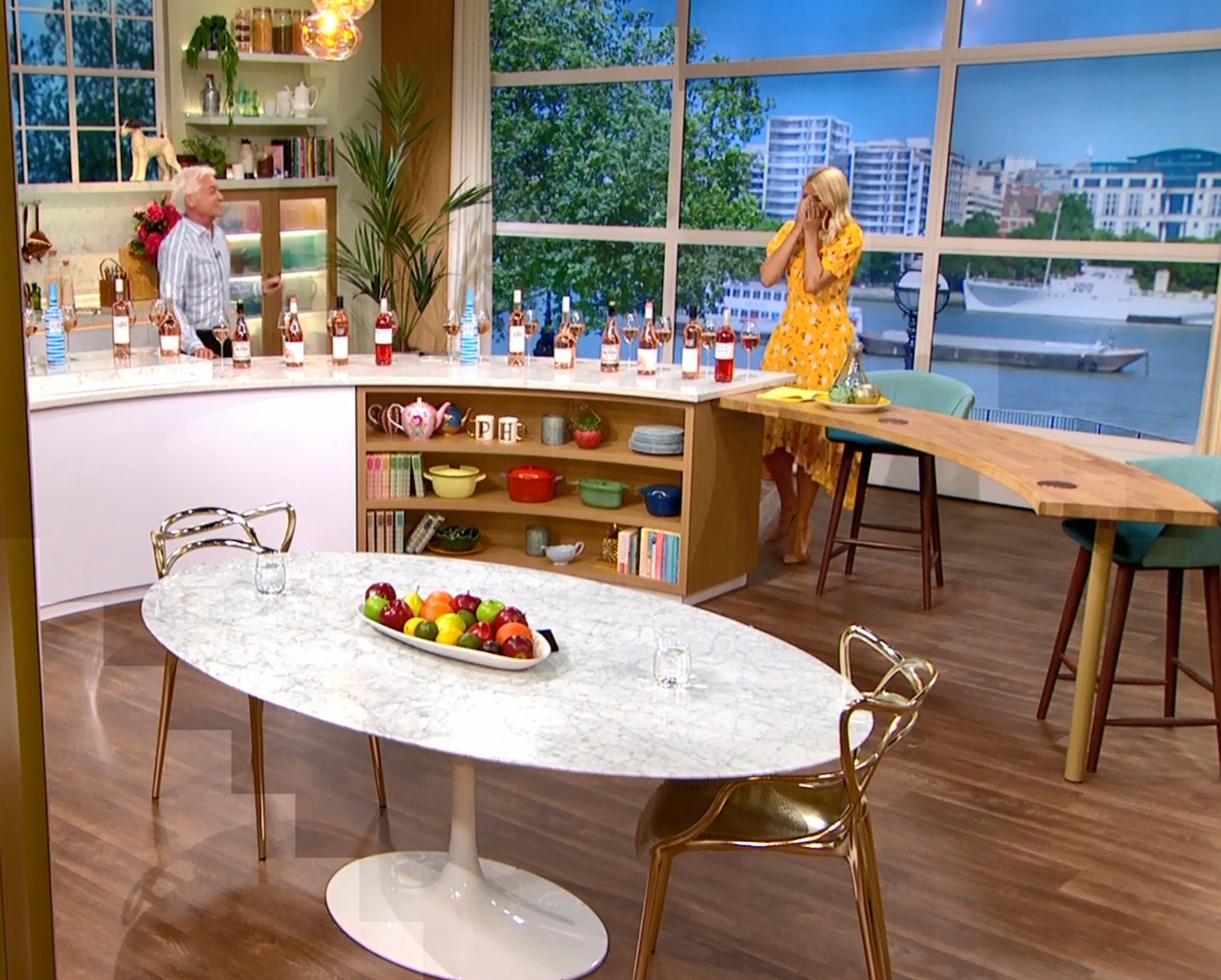 Holly quickly hit back: "That happens with age", and while James didn't appear to hear the rude innuendo, she and Phil struggled to win back their composure.

Later, it was Phil's turn to make a saucy joke when Janet Street-Porter said that her sister had "learned to ride on the milkman's horse".

Shocked Phillip exclaimed: "Is that a euphemism? with Holly chuckling as Janet scolded the star for the comment.