Holly Willoughby and Phillip Schofield were taken aback on today’s This Morning when a NSFW caption appeared on the autocue in front of them, so much so that they had to show viewers what the fuss was all about.

On Tuesday’s edition of the ITV show, the presenting duo returned after the Easter bank holiday weekend to deliver a jam-packed programme, speaking to people including David Leigh, the journalist depicted in The Thief, His Wife and The Canoe, as well as Queer Eye star Tan France.

At one point, they introduced a light-hearted segment looking into plush mansions owned by A-listers in the US, including The Dropout actor Amanda Seyfried and The Good Place’s Jameela Jamil.

However, the title of the segment resulted in them stopping in their tracks to express their astonishment to their audience watching across the nation.

After viewers were told about a competition they could take part in for a chance of winning a cash prize, Phillip pointed at the teleprompter in front of them, explaining that Holly had just pointed something out that they simply could not ignore. 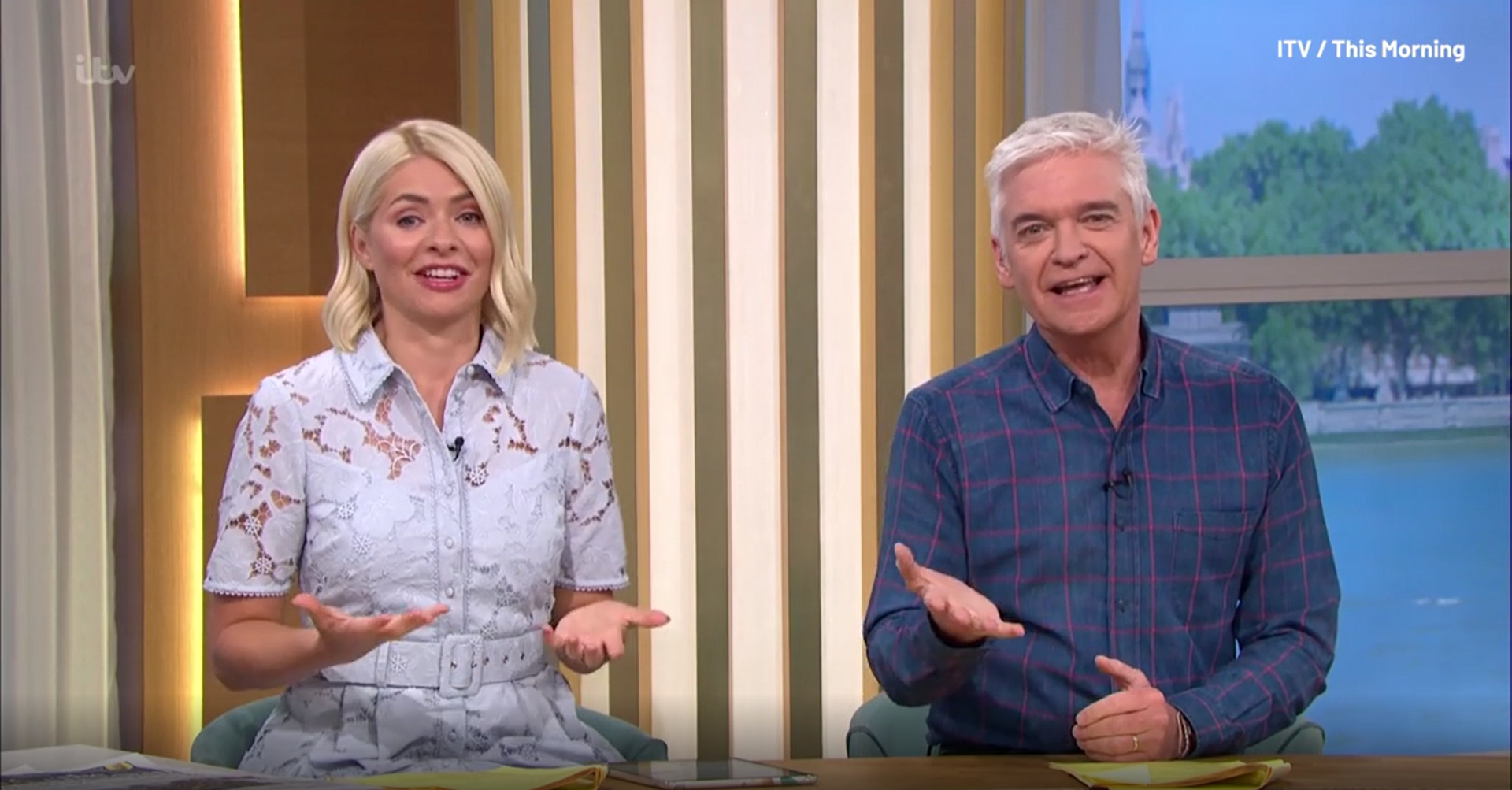 ‘There are some items that we do, and this was one…,’ Holly remarked, trailing off,

She later quipped: ‘Well that’s not an item I’ve written up this morning I’m afraid!’

When it comes to live TV, autocue laughs are bound to happen every now and then, another example being in December 2021, when Adil Ray was left flustered by a mishap live on Good Morning Britain.

While sitting alongside co-host Ranvir Singh, Adil said the word ‘sex’ instead of ‘six’, before clarifying that the word ‘sex’ had actually appeared on the screen by mistake.

‘It actually says “for sex” in there! It does say that!’ he exclaimed at the time.

Adil then told the camera crew to show the teleprompter on screen, confirming that the error was not his doing.

This Morning airs weekdays from 10am on ITV.