The charming if cheesy 1999 rom-com “She’s All That,” starring Freddie Prinze Jr. as a hot jock and Rachael Leigh Cook as the introverted art nerd he tries to transform into a glittering prom queen, turns 23 next year. Feel old yet? If you’re old enough for that Miramax production directed by Robert Iscove to mean anything, you’re probably too old for Netflix’s gender-flipped new sequel, “He’s All That,” to mean anything at all. Unless you enjoy the feeling of your soul being destroyed by another piece of Netflix clickbait, and one over-stuffed with conspicuous product placement and debasing cameos from some of the original film’s stars.

Despite the efforts of a bright young cast, this is a hollow and depressing Gen Z romantic comedy. What’s even scarier is that this film comes from Mark Waters, the director of “Mean Girls,” a way savvier teen satire that doesn’t pander to its audience.

Turning the original premise bravely upside down, the supposedly nebbish classmate who becomes the subject of a glossy makeover into prom royalty is sulky teen Cameron (Tanner Buchanan). His Pygmalion is Padgett (Addison Rae), a social media addict and influencer with more than 800,000 TikTok flowers, and an overall shallow void of a woman. But her world comes crashing down in a very public way after a very messy breakup with the douchy and popular Jordan Van Draanen (Peyton Meyer), whom Padgett catches in a compromising position with a girl named Aniston (“it’s a family name”).

The meltdown costs Padgett her influencer status and legions of followers, and so as a kind of toxic revenge upon Jordan, she decides to turn the geeky Cameron into the year’s prom king, and challenges her best friends to a bet if she can succeed. He is, as his whip-smart younger sister Brin (a standout Isabella Crovetti) tells Padgett, into three things: “Kurosawa, karate, and Kubrick.” The movie’s fundamental flaw is that Cameron is not a loser at all, and doesn’t even have that bad a sense of style (aside from the ghastly wig Buchanan is forced to wear for the movie’s first half). And in fact, as revealed during the movie’s inevitable makeover montage, he’s pretty jacked under his baggy slacker clothing.

If anybody or anything needs a makeover, it’s Padgett’s empty soul. 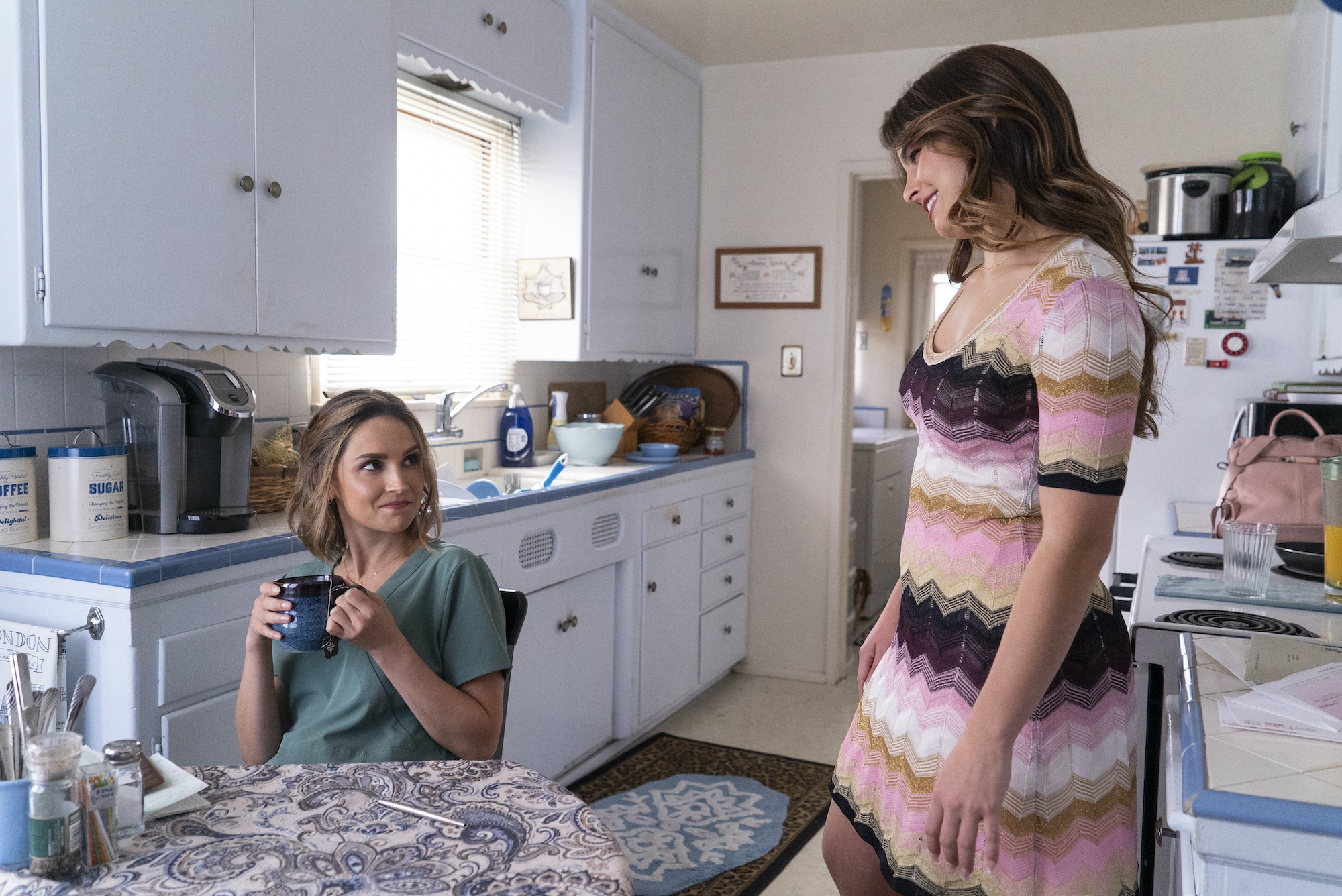 Penned by the original film’s writer R. Lee Fleming Jr., “He’s All That” crams a number of misguided references to “She’s All That” into its 90-minute running time. Rachael Leigh Cook returns as Laney Boggs, here playing Padgett’s single mother, a stressed-out, overworked nurse who doesn’t have much to do in “He’s All That” other than connect the dots between the two films. During the climactic prom scene, Matthew Lillard returns as Brock Hudson in a rather tragic cameo that underserves the comic actor’s gifts. (He was, most recently, memorably feckless as Bill Hastings in “Twin Peaks: The Return.”) Most pathetically, “He’s All That” attempts a restaging of the “I was a fucking bet?” moment that served as Laney’s shattering revelation in the first film as the victim of cliquey high school machinations.

Visually serviceable for the straight-to-Netflix cinematic equivalent of content farming, “He’s All That” is shot with the visual care of a CW dramedy, as if the entire set were rigged with ring lights. There is one moment adjacent to aesthetic achievement as the camera, affixed to the back of a pickup truck, follows the car into a neon-lit Great Gatsby-on-MDMA-themed party. This is not a movie to experience so much as stare at blankly. The actors are fine enough, with Addison Rae making her TikTok-obsessed lead almost too convincingly callous. She never gets a redeemable moment, even though we’re supposed to be rooting for her. Buchanan competently embodies a softboi persona, the kind of guy whose bedroom doubles as a dark room and who practices dressage in his extracurricular hours.

The film’s greatest achievement may be to point younger viewers back toward the 1999 original which, despite some dated gender politics, remains a funny and often scathing satire of MTV-era teens on the border between Gen X and Gen Y. (Sadly, though, the movie doesn’t appear to be on Netflix of all places, so audiences will have to look elsewhere in the streaming world.) To that end, it’s hard to tell what generation “He’s All That” is for, as its portrayal of and insight into the social media craze of the here and now is ultimately morbid and vacuous. Waters’ film presents a missed opportunity to hold the mirror back up to younger audiences, and allow them to see the grotesque funhouse reflection that is the 21st century staring back at them.

“He’s All That” is now streaming on Netflix.