First debuting on ABC back in 2018, The Rookie has grown in popularity over the years. The show follows Nathan Fillion’s newbie police officer John Nolan as he joins the LAPD as the force’s oldest recruit after closing his construction business and getting divorced. Over the seasons, The Rookie has seen John leaning into his career and cracking cases.

How many episodes are in The Rookie season 5?

Previous seasons of The Rookie have varied in length with the first two outings consisting of 20 episodes.

The third cycle was 14 instalments long with the coronavirus pandemic likely to have hampered filming on the season.

Season four had a total of 22 episodes but it looks like series five will be made up of another 20 episodes, suggesting a return to its standard format.

Episodes will be airing on a weekly basis on ABC in America with subscribers to streaming platform Hulu able to watch the show on the service as well. 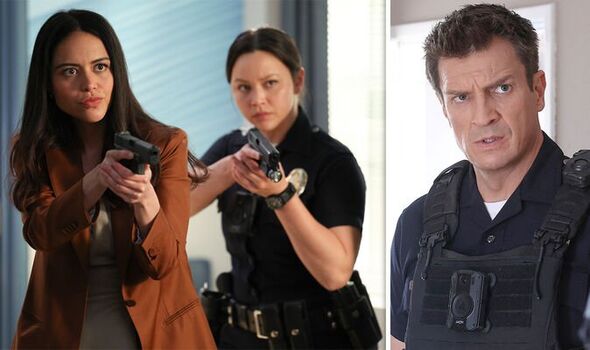 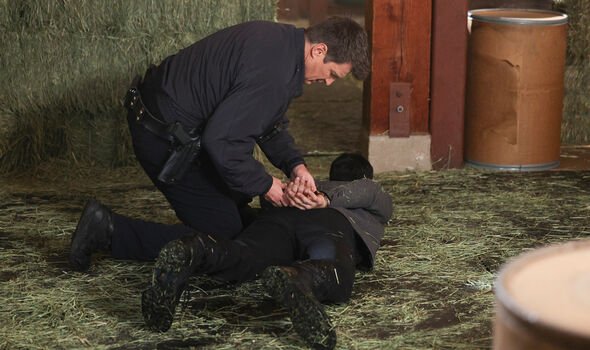 There’s no UK air date for The Rookie season five as yet with the drama typically airing on Sky Witness six months after its US premiere.

Season five got the green light from ABC in March this year at the same time the network announced The Good Doctor had been renewed for a sixth season.

A spin-off series from The Rookie with Nicey Nash taking in the role of Simone Clark, the oldest rookie at the FBI Academy, is also going ahead as the franchise expands.

The new season of The Rookie will start with an explosive story featuring a female serial killer Rosalind Dyer (played by Annie Wersching). 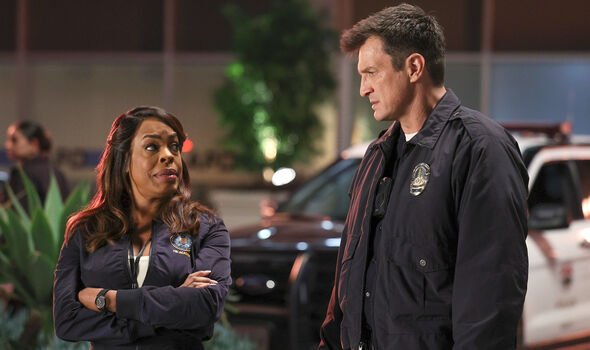 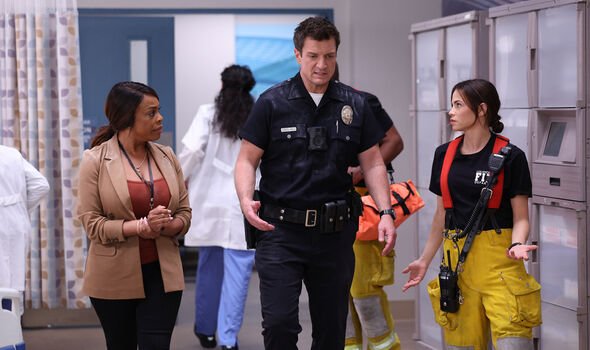 They will be helping out the Las Vegas police in their hopes of taking down a huge criminal enterprise.

However, the burgeoning romance between the pair won’t come without its challenges as they work side-by-side.

The Rookie’s creator Alex Hawley teased back in July: “Obviously, we left quite the cliffhanger at the end of last season with the kiss, which we’ve been building up to for four seasons.

“There will definitely be repercussions and some fallout from that, but I do think it’s fair to make you wait to see exactly where that goes.”

“There’s definitely going to be some carryover from the end of last season that’s going to be very dynamic,” he added to Entertainment Weekly.

Fans can also expect some guest stars as John now graduates to a training officer in season five.

Fillion said with John now promoted to another level in his job, he was “starting at rock bottom” again.

But this time he would also be getting a newbie who made the same mistakes John did when he first started.

Nonetheless, John’s trainee wouldn’t be a exactly the same as him, but there would be similar themes in the errors they made.

There is also expected to be some crossovers between The Rookie and The Rookie: Feds considering they were both shot on the same sound studio.