Henry James is a popular storyteller to adapt, with numerous versions of his works presented in practically every medium known to man. Much of this is to say: “Do we really need another adaptation of ‘Turn of the Screw’?” The answer is, yes, especially as it’s laid out in Mike Flanagan’s new Netflix series “The Haunting of Bly Manor.”

The Gothic romance doesn’t just discuss the nature of grief, love, and toxic relationships. It’s also a meditation on how the world of adaptation can open opportunities for marginalized communities the original author would have left out.

[Editor’s Note: The following article contains spoilers for “The Haunting of Bly Manor.”]

Actors T’Nia Miller and Kamal Khan were not familiar with James’ work, but they all walked away with different appreciations for the text. When Miller was offered the role of Bly housekeeper Hannah Grose she watched “The Innocents,” the 1961 film adaptation of James’ “The Turn of the Screw.” “I was like, ‘Well, I’m not gonna play her [Hannah] like that. It’s very dated,” Miller said. It was enough to leave the British actress worried she wouldn’t connect to the character at all. It was only once she’d read Flanagan’s script and saw the “edges” that the character was given that she was able to open up.

Miller saw Hannah’s loyalty, love, and bite to be relatable but more than anything, the fact that the character was a woman of color was significant. “She’s the one who rules the roost,” she said, and not in a way akin to the nurse in “Romeo and Juliet.” Though Hannah is still “the help,” something Miller said she wanted to avoid in her career considering the historical implications between maids and Black women on-screen, there’s an awareness of her otherness. “I had to take into account what it would have been like growing up there [in Bly],” she said. 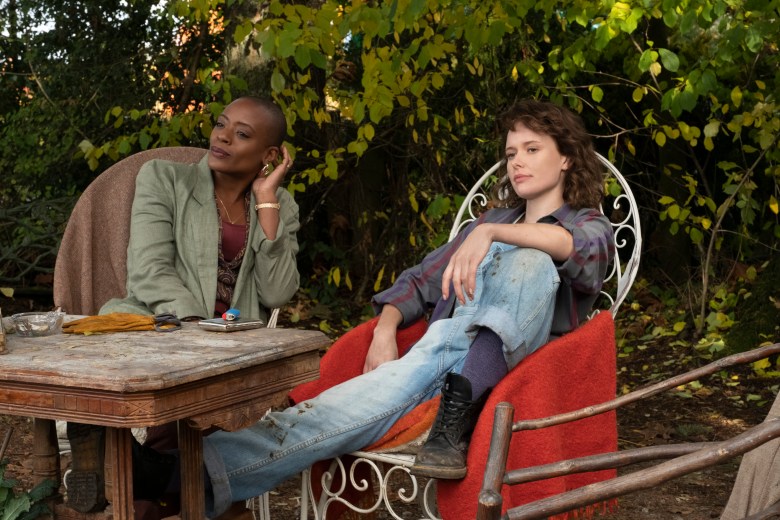 Miller explained she always tries to root her characters into a culture — and that was a struggle here. “It’s because her whole experience would have been English, British white culture,” she said. Miller utilized her own experiences in that arena to shape Hannah, emphasizing that the character’s hatred of Bly has to do with feeling like an outcast.

Khan did the same for his role as the older Owen who bookends the story. He acknowledged both the book and “The Innocents” were created at a time when people of color weren’t thought of in the narrative. He said Flanagan’s desire to include people of color into his storytelling isn’t just representative of a grander push for inclusion in media, but illustrating how it can make storytelling better. “I was on the receiving end of it when I played Romeo in ‘Romeo and Juliet,’” Khan said. “It’s amazing that a director who’s a white male is also representative and trying to paint a vision to be successful at it.”

Kate Siegel, creator Flanagan’s wife and part of his repertory team of actors, said it was just a natural decision to not only cast women and people of color, but to do so in a way that doesn’t make a big deal out of the situation. Since television is a world of make believe, she said, there shouldn’t be any rules that prohibit a performer of color from being included in a story. “It makes you reconsider yourself,” she said. “If you’re the type of person saying, ‘Oh, no, this character is supposed to be white’ that is maybe a red flag that you need to be examining yourself.”

“The Haunting of Bly Manor” is now streaming on Netflix.