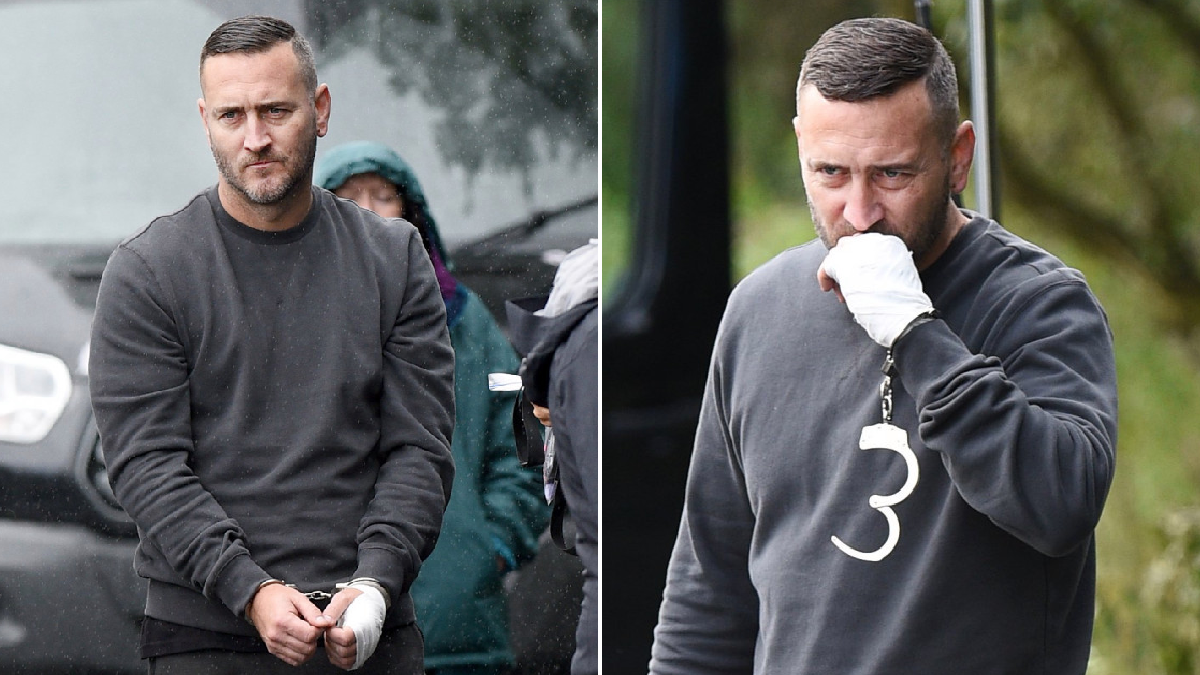 Will Mellor is all set to reprise his role as evil Harvey Gaskell in Coronation Street, after he was spotted filming new scenes for the soap.

The actor was pictured in handcuffs being led to a prison van, but will drugs baron Harvey remain behind bars? Or is an escape attempt on the cards for the vile criminal?

It is thought that Harvey will be at the centre of the ITV soap’s Super Soap Week, which is currently being filmed.

What brings him back to the cobbles remains a mystery, but Leanne Battersby (Jane Danson) had better watch out, because the gangster made it quite clear that he would kill her if she gave evidence against him in court, and in spite of her reservations, that’s exactly what she did.

The Sun first reported that Will would be making a comeback last week. A Coronation Street spokesperson told Metro.co.uk at the time: ‘We don’t comment on storyline speculation’.

Leanne has managed to start a new life in the wake of the trial, as she and Nick Tilsley (Ben Price) bought into the bistro earlier this month.

Debbie Webster (Sue Devaney) was desperate to make the duo up their offer, and therefore she set up a conversation with Ronnie Bailey (Vinta Morgan), who she claimed was a potential buyer.

Leanne listened in, but guessed it was all part of a set-up on Debbie’s part. She therefore turned the tables on Debbie, telling her that she has found a cheaper proposition in town, hoping that this would result in Debbie allowing them to buy in for the price they initially offered.

Her plan paid off, as she and Nick ended up signing on the dotted line, purchasing half the bistro.

Leanne and Debbie have proven to be a force to be reckoned with since uniting to save the bistro, but will this partnership be shortlived?

With Harvey set to return to the eponymous street, one can’t help but wonder if Leanne will pay for giving evidence against him?

Leanne was forced into hiding for months, after she worked with the police to get the drugs baron arrested.

Harvey, however, has went out of his way to get Leanne to pull out of the court case, sending aunt Sharon Bentley (Tracie Bennett) to the cobbles to smoke her out.

Fearing for the lives of her nearest and dearest, Leanne told Harvey that she would decline to give evidence on court, and later returned to the cobbles, which left DS Glynn worried that Harvey has got to her.

Leanne, however, refused to be intimidated, and therefore took to the stand and gave evidence, which resulted in Harvey being sent to prison.

Harvey has proven in the past that he will do just about anything to get revenge on those who have wronged him, and Leanne is likely at the very top of that list!