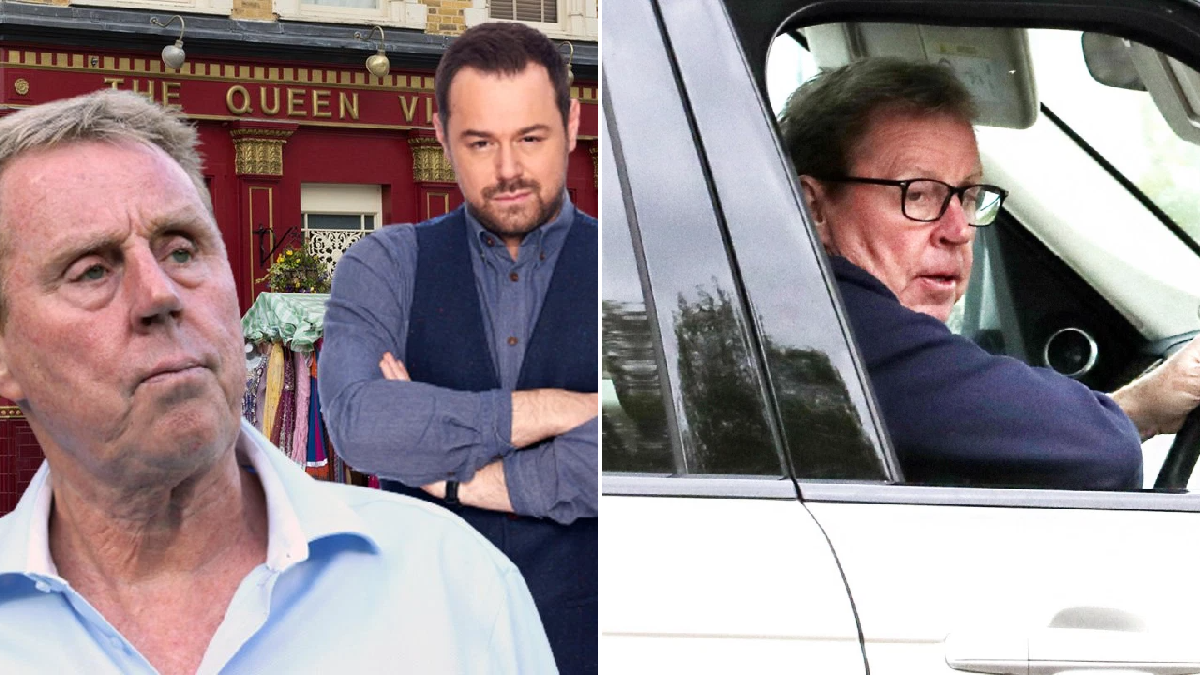 Football legend Harry Redknapp has been pictured arriving at the EastEnders set after it was announced he would be making a cameo appearance in the BBC One Soap.

The Sun revealed that Harry has filmed a scene that will air during the Euros.

Harry described his appearance as ‘a dream come true’ and drove to Elstree Film Studios in his white Range Rover to film his scenes that are set to air in June or July.

He was wearing a navy jumper and had his glasses on ready to read his all-important lines.

It’s been said that Harry will stroll into the Queen Vic and have a conversation with Mick Carter (Danny Dyer) – who also happens to be a West Ham fan.

Harry’s cameo has now been filmed and will air this summer during the Euros – which was delayed last year due to Coronavirus.

On his appearance in the soap, Harry said: ‘I’ve always wanted to have a drink in the Queen Vic. Danny Dyer was terrific to work with.’

A source also explained how ‘Harry has made no secret of the fact he wanted to be in the show’ and added that ‘he only has eight lines, but he plays them as himself – not as a character.’

‘They made him feel so welcome and he felt really at home.’

Join the community by leaving a comment below and stay updated on all things soaps at our homepage.