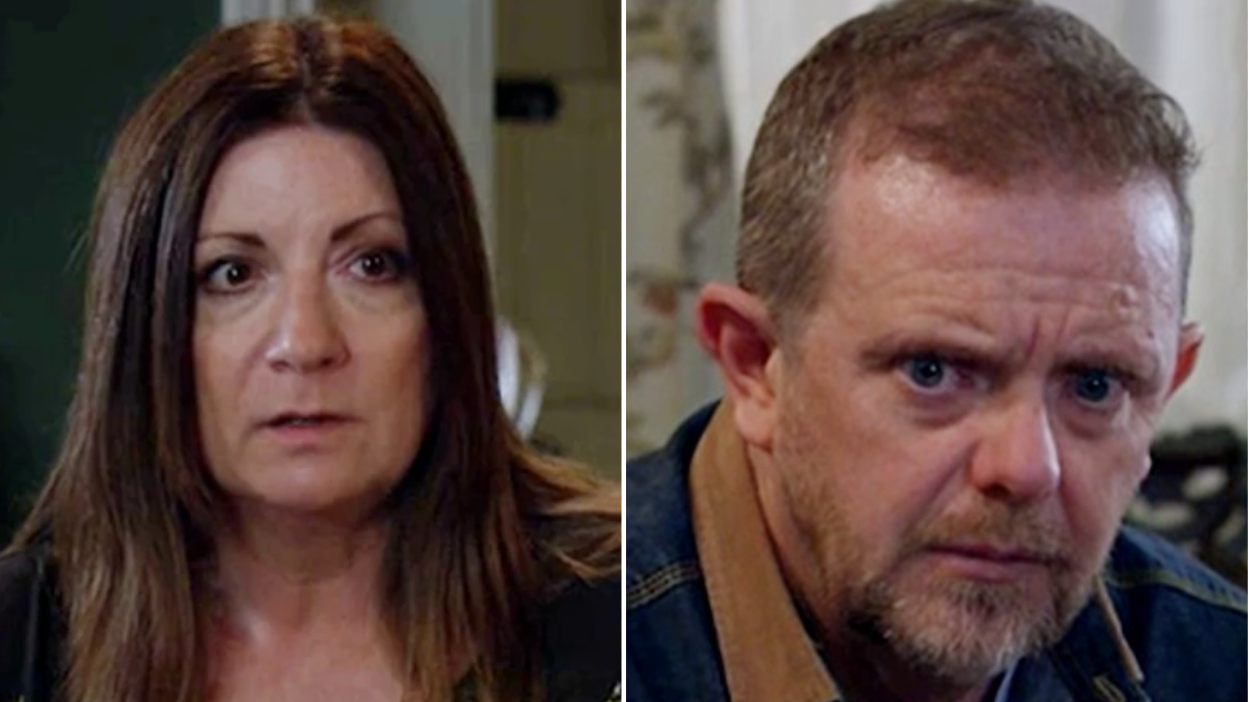 Harriet (Katherine Dow Blyton) had a dire warning for Dan (Liam Fox) at the end of tonight’s Emmerdale, after she realised that he must have been the one who persuaded Noah (Jack Downham) to finish with Amelia (Daisy Campbell).

It was Amelia’s 16th birthday and Harriet and Kerry (Laura Norton) had been busy decorating the house with banners and bunting to celebrate. Amelia, meanwhile, was keen to get out to meet Noah. She admitted to Naomi (Karene Peter) that she was hoping it would be the day that she and Noah would share their first proper kiss.

Sadly Noah had other plans, after being warned to stay away from Amelia by her dad. Though he’d got her a necklace as a birthday present he didn’t give it to her, nor did he give her the kiss she wanted.

Instead he pretended he didn’t care for her, saying she was ‘Just a kid having someone else’s kid.’ Even as the cruel words were coming out of his mouth we could see that he was wavering, not wanting to hurt her and wanting to be with her, but then he spotted Dan keeping a watchful eye from under some trees.

Amelia was left heartbroken and as Harriet tried to comfort her Dan came back home. He looked guilty as soon as he saw how upset his daughter was and Harriet instantly worked out what had gone on.

Harriet later told Dan that she knew he’d had a word with Noah. She was absolutely furious about his meddling and warned him, ‘You’ll lose her, Dan – and it won’t take much for the truth to come out!’

Will Harriet be proved right?