Grey’s Anatomy fans knew Sandra Oh was a force of nature when she first appeared as Cristina Yang back in 2005. The fandom instantly fell in love with the character and her strength for 10 seasons. Then when Oh left Grey’s Anatomy in 2013, viewers weren’t sure whether the ABC medical drama would be able to continue. Of course, the show went on — and so did the actor. But recently, creator Shonda Rhimes revealed she grieved writing for Oh when she departed, subsequently reminding everyone that the woman behind Cristina really is the sun.

When speaking with Elle in May 2020, Rhimes opened up about Oh’s exit from Grey’s Anatomy. The showrunner felt the same way the fandom did back in 2013. Rhimes said:

Meanwhile, Rhimes reminisced over working with Oh, revealing the actor used to come to her office on a weekly basis with notes and questions about the script.

“Sandra is intense when she is playing a role, and I mean that in the best way,” Rhimes said. “It drove me crazy and made me so happy at the same time. Sandra wanted to get it as right as she possibly could.”

The creator continued, “She could elevate anything you wrote—she dives in and cares deeply. You cannot have a superficial conversation with Sandra.”

What is Sandra Oh working on now?

Meanwhile, in the above interview with Elle, Oh explained what types of roles she wants to pursue. And while the actor recognized she is in a good place in her career — as she now has the option to say no — Oh has a clear vision.

“I decided that I’m only going to play characters that are essential to the plot, that conduct the narrative and therefore can’t be cut out,” Oh said.

Oh also specified she wants to be part of a project that truly values the character’s race. “I’m in a place in my career now where I am specifically interested in roles that explore a character’s race,” Oh said. “Because I can and because I want our conversations to eventually move to a place that recognizes that it’s important.”

Will Sandra Oh ever return to ‘Grey’s Anatomy’? 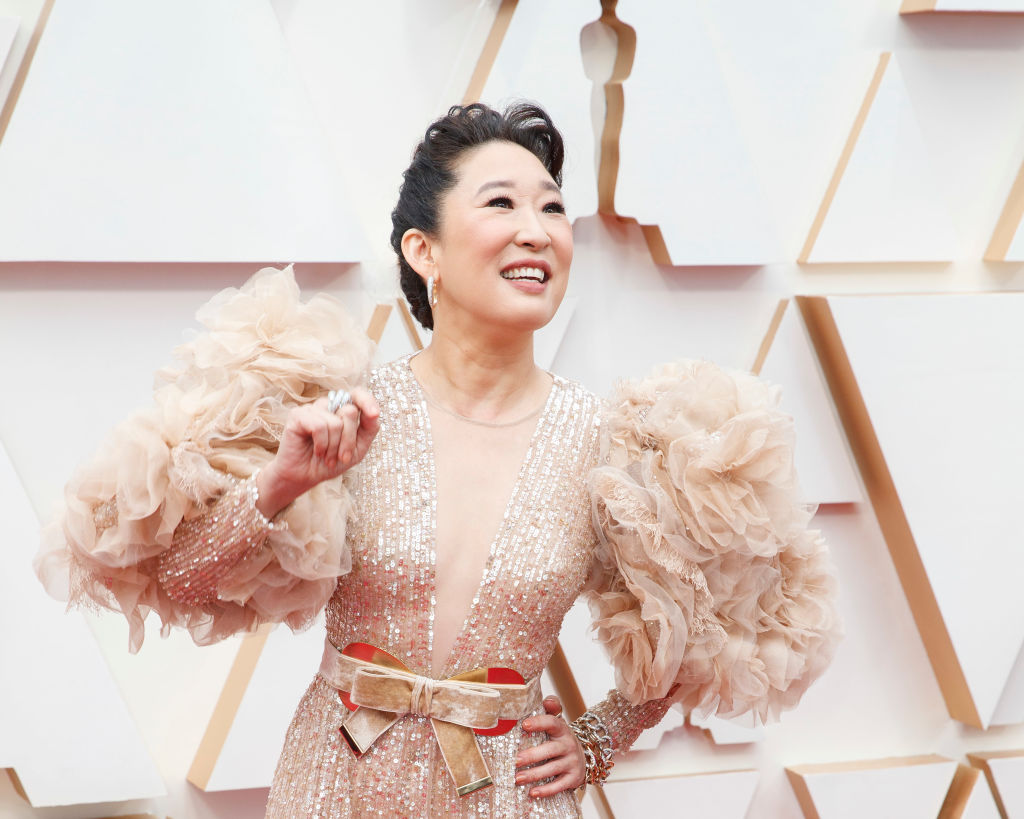 For the time being, fans will have to wait and see whether Oh will return as Cristina on Grey’s Anatomy. However, the actor has been asked numerous times about the possibility and answered differently each time.

When Oh left after the 10th season, she told TVLine she would come back for the series finale of Grey’s Anatomy. But more recently, Oh hinted she wouldn’t return for a cameo.

“Creatively, you have moved on,” Oh told Extra in April 2019. “And while I deeply appreciate — because I can feel it from the fans how much they love Cristina and how the show keeps Cristina alive — for me, Killing Eve is my home now. This is where I am. I am Eve and that’s where I plan to stay as long as the show will have me. And that’s really where I want to be.”

Whether or not Oh comes back for the series finale of Grey’s Anatomy, it’s safe to say we haven’t seen the last from the actor. So get ready. Who knows what this force of nature will pick up next.

RELATED: ‘Grey’s Anatomy’s’ Ellen Pompeo Shares One of Her Most Memorable Scenes With Her ‘Person’ Sandra Oh