The unknown Water Girl – who was giving out bottles of Fiji – was the surprise star of the red carpet as she appeared behind some of the world’s most famous faces. 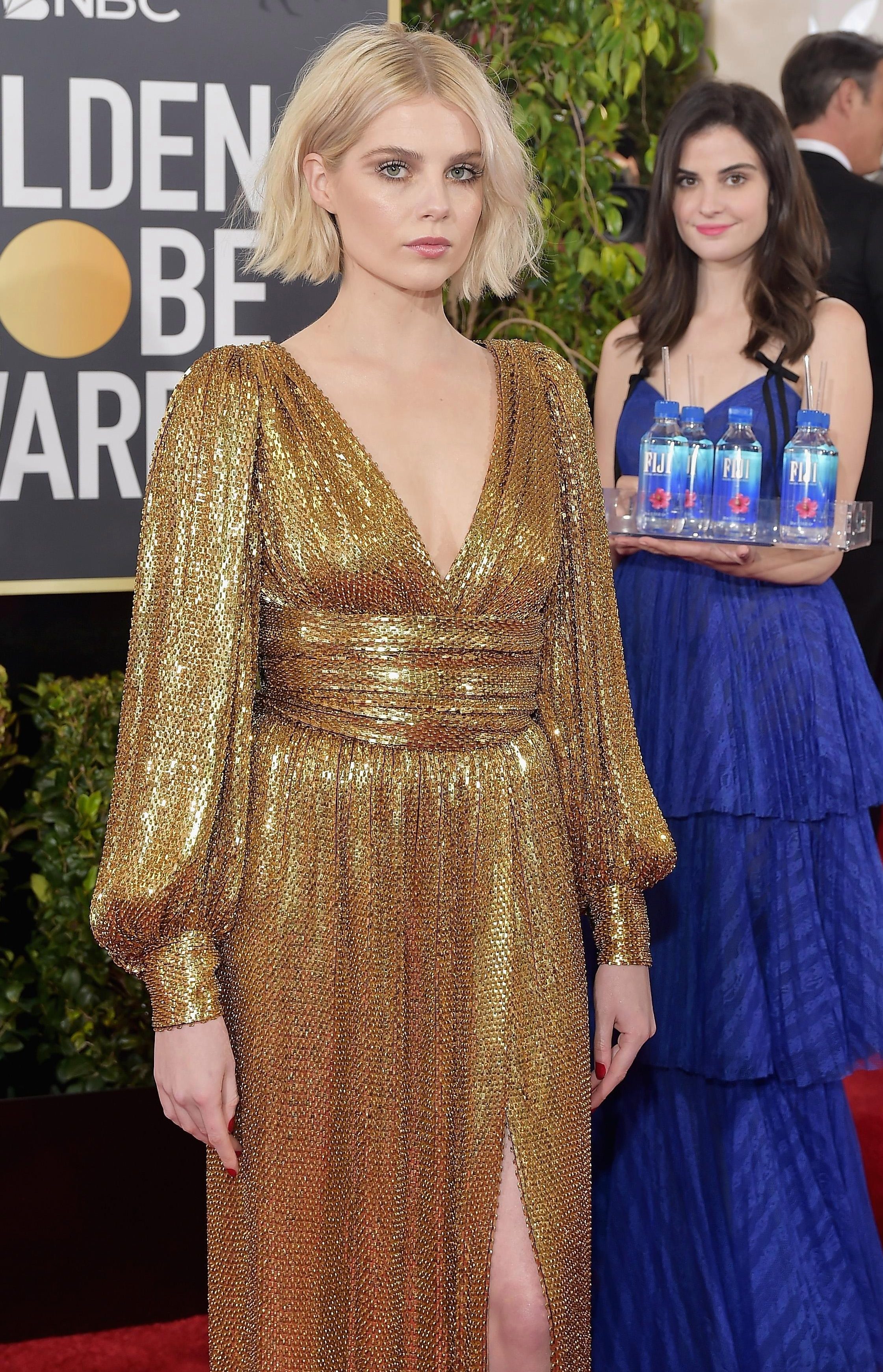 Those watching at home instantly clocked the brunette as she popped up behind Dakota Fanning, Jim Carrey’s and many more.

Another commented: “The Fiji water lady was the photobomber, we never knew that we needed and yet do not deserve #GoldenGlobes @FIJIWater.”

While someone else wrote: “This woman, I dub her Fiji Girl, saw an opportunity and took full advantage #GoldenGlobes.” 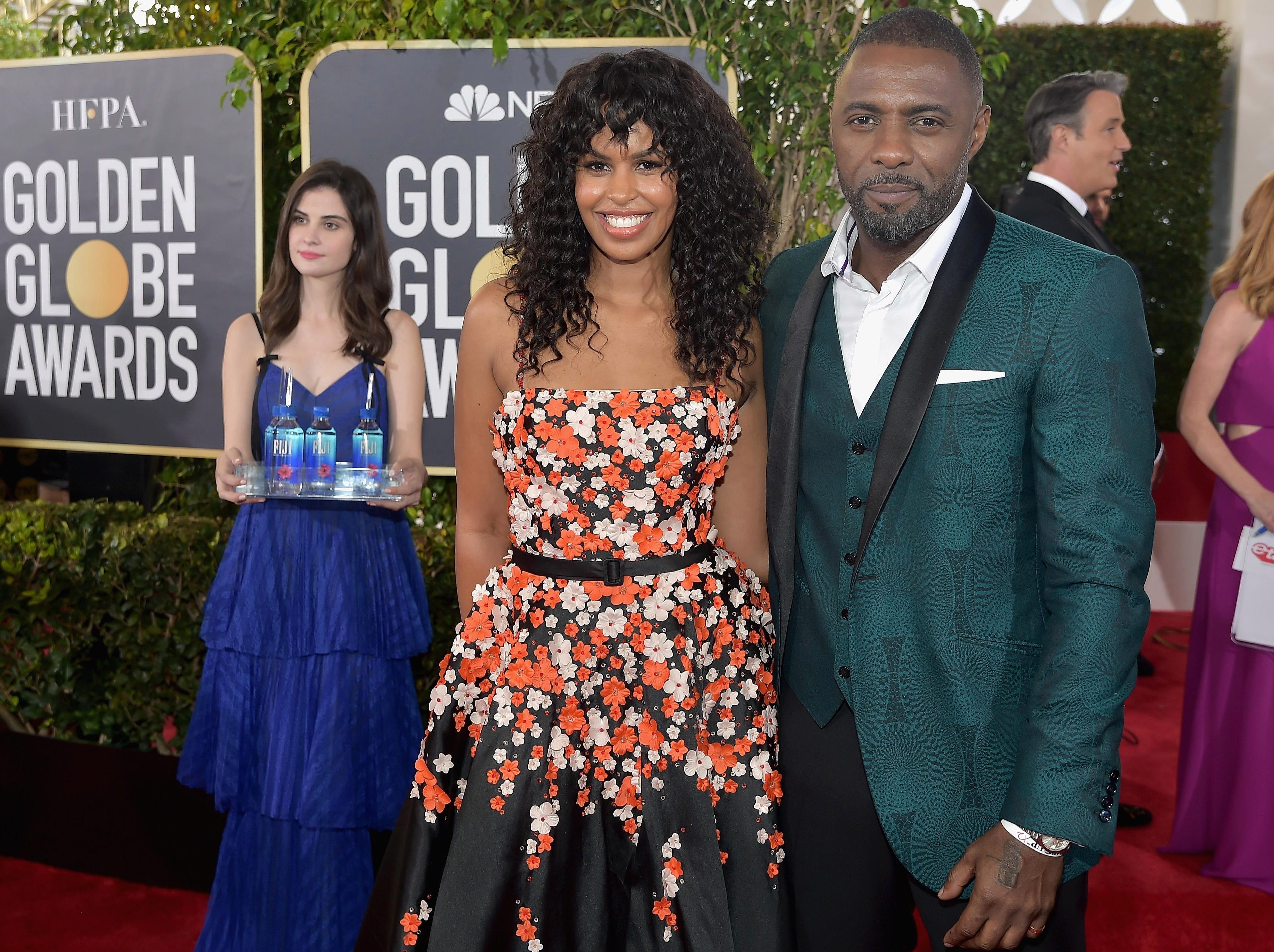 Fiji has been the official water brand of the Golden Globe Awards since 2015.

Meanwhile bright colours were back on the red carpet on Sunday, with pop superstar Lady Gaga, dressed in lavender, leading a trend for old school glamour.

Lady Gaga, the front-runner for a best drama actress award for A Star is Born, graced the red carpet in a Valentino lavender gown with puffed sleeves and a long train, with her blue-dyed hair pulled into a tight bun, and wearing a stunning Tiffany's diamond necklace. 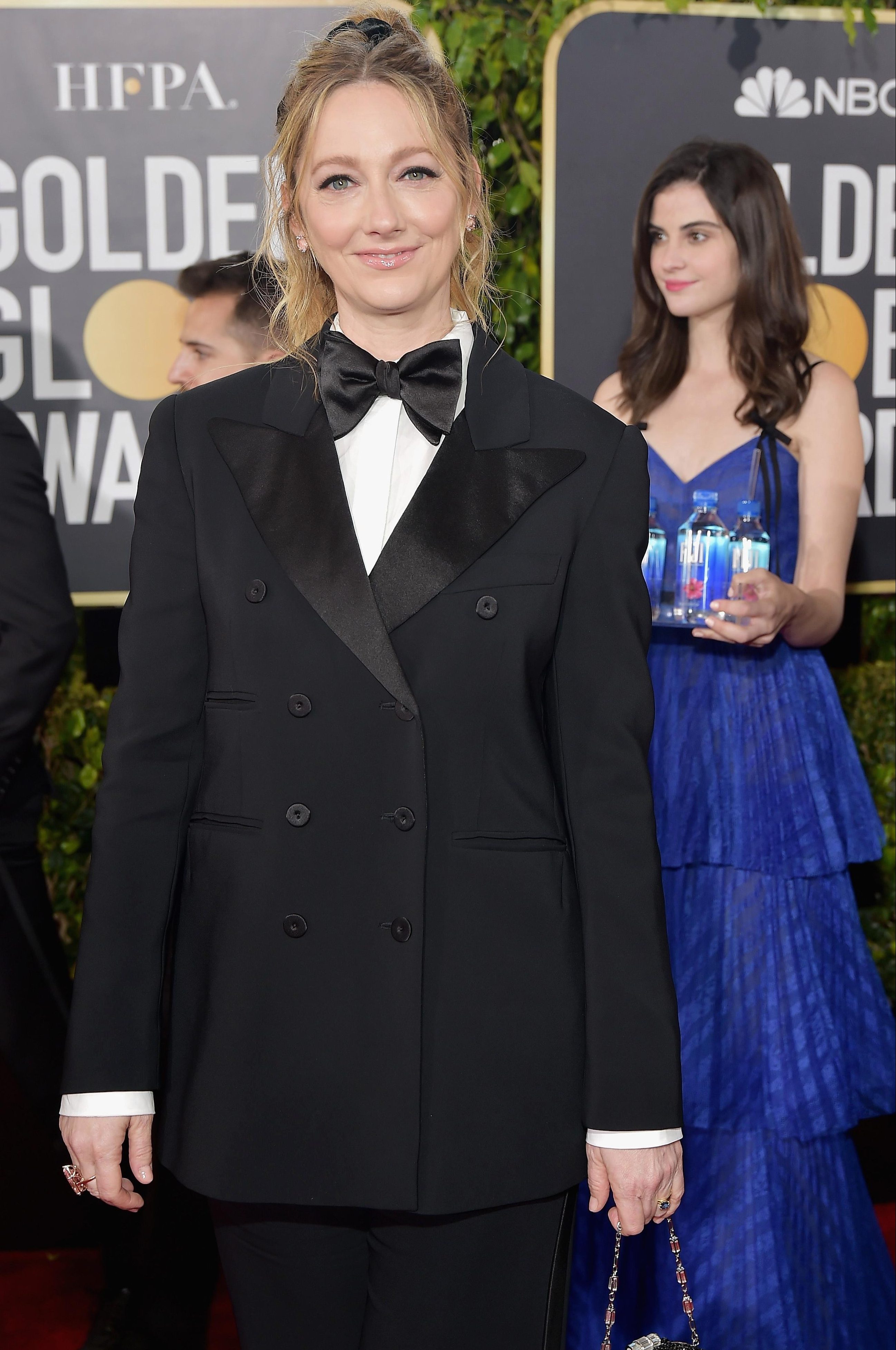 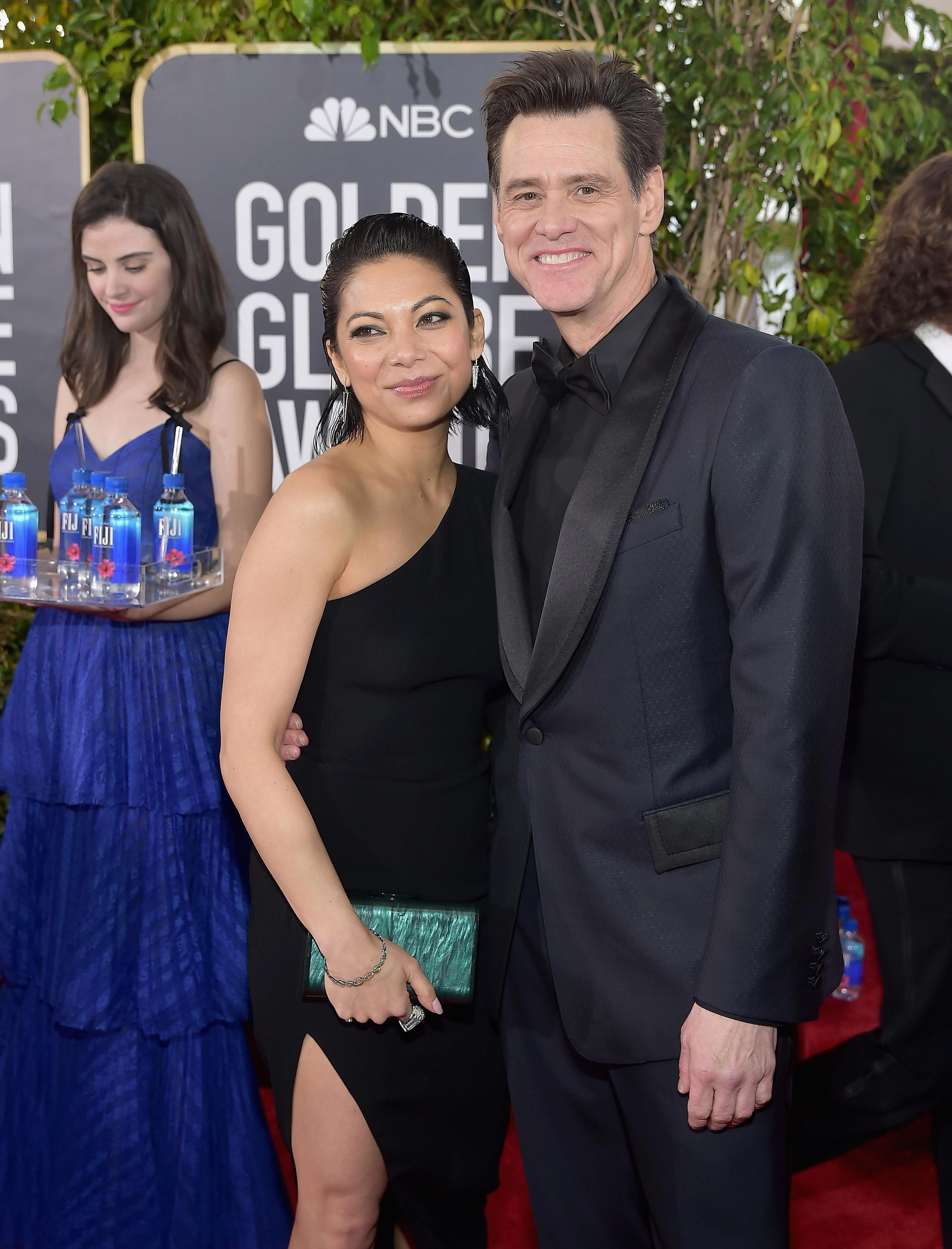 "I discovered something working on this film, and it's something called alchemy, that you are essentially creating a character but you are really becoming the character," Gaga said about her first role as a lead movie actress in A Star is Born.

Last year's ceremony saw an all-black look on the red carpet as celebrities showed support for the #MeToo movement that roiled Hollywood.

This year saw blues, golds, reds and lots of metallic, but several stars wore bracelets and pins in support of the Time's Up movement against sexual harassment and inequality in the workplace.