It’s a good day to be Sandra Oh, and it could get so much better come January 6. On Friday, the day after she was announced as the Golden Globes co-host alongside “Brooklyn Nine-Nine” star Andy Samberg, Oh received a nomination in the Best TV Drama Actress category for her lead role on “Killing Eve.”

The timing of the two back-to-back announcements feels particularly fortuitous, and Oh is currently the odds-on favorite to win in that category, just edging out Julia Roberts in Amazon’s “Homecoming.” Oh has received acclaim for playing the dogged and quirky MI5 agent Eve Polastri in the BBC America series from “Fleabag” creator Phoebe Waller-Bridge, and even received a groundbreaking Emmy nomination this year. She ultimately lost out to Claire Foy for “The Crown.”

A win this time around would make up for that Emmys disappointment and would make Oh — who is Korean-Canadian — the first Asian performer ever to win multiple Golden Globes. Previously, she’d snagged only one Golden Globe in 2005 for her scene-stealing role as Cristina Yang on “Grey’s Anatomy,” a baffling statistic since she was on the show for 10 seasons. This would also make her the second woman of Asian descent to win for a leading TV role in over 35 years, after Yoko Shimada won in 1981 for her performance in the miniseries “Shōgun.”

While Oh’s performance on “Killing Eve” is more than worthy of a win, the fates could also be on her side. In the past, Golden Globes co-hosts have had particular luck with winning the same year they presented the ceremony. Both John Forsythe and Julie Walters won Globes during their co-hosting gig in 1984 for “Dynasty” and “Educating Rita,” respectively. Also, Amy Poehler snagged a statuette in 2014 for “Parks and Recreation” when she emceed with Tina Fey.

Oh winning would also be a much-needed victory for people of color in a year where the nominations appear to lean towards tokenism in each category. While IndieWire’s TV Critic Ben Travers already called out the massive snub to FX’s “Atlanta” in the comedy categories, it seems that the Globes only made a half-hearted stab at diversity across the board. 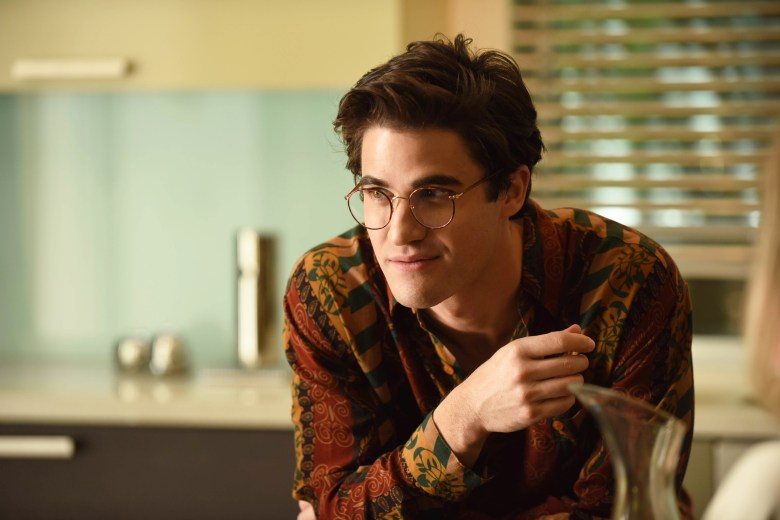 The other nods for actors of color include Stephan James (“Homecoming”), Billy Porter (“Pose”), Donald Glover (“Atlanta”), Regina King (“Seven Seconds”), Edgar Ramirez (“The Assassination of Gianni Versace”), Thandie Newton (“Westworld”), and Darren Criss (“Gianni Versace”). Where was Issa Rae, Sterling K. Brown, Constance Wu, Brian Tyree Henry, and any other of the killer “Pose” and “Atlanta” cast members? This is embarrassingly thin representation among a field of white actors and from the Hollywood Foreign Press Association, which is supposed to have a more inclusive mindset.

Criss, who is half Filipino, is the only other actor of Asian descent to have received a nomination this year. He snagged the nod for playing killer Andrew Cunanan, who in real life was also half-Filipino, in “The Assassination of Gianni Versace: American Crime Story” on FX. Having won the Emmy for the role, Criss is currently the odds-on favorite to repeat at the Golden Globes.

The 76th Annual Golden Globe Awards will air live across the country on NBC on Sunday, Jan. 6 at 5 p.m. PT/8 p.m. ET from the Beverly Hilton Hotel.