With so many entertainment options, it's easy to miss brilliant streaming shows, movies and documentaries. Here are the ones to hit play on, or skip.

Murder in the Bayou
Stan*

Just when you think you can't possibly deal with another big-ticket true-crime documentary series, along comes something else to get you sucked back in. This time it's Showtime's Murder in the Bayou, a five-part series that takes us inside the bloody terror that has for years gripped the small town of Jennings, Louisiana. 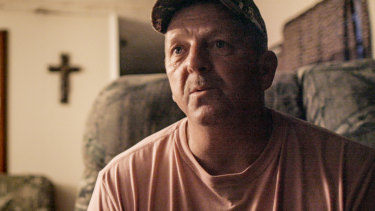 Chad Richard in Murder in the Bayou episode ‘A Body In a Canal’.Credit:Courtesy of Showtime

Well, the terror has gripped those who live on the wrong side of the railway tracks. For those on the good side, with its manicured neighbourhoods full of mock plantation mansions, it's not so much of a thing. Which is why it took the murders of no fewer than seven young women from the poor side – with all its unemployment, crack addiction and desperate nickel-and-dime sex trade – for local police to establish a multi-agency taskforce to investigate the crimes.

Director Matthew Galkin (Kevorkian) and journalist Ethan Brown (on whose book the series is based) compile riveting interviews with those around the murders – some of whom have been accused of certain murders themselves – to paint an ever more disturbing picture.

Alice Wetterlund: My Mama Is a Human and So Am I
Amazon Prime Video

Amazon Prime Video's first foray into original American stand-up comedy specials is on the whole resolutely unadventurous. Imagine dipping your finger in a tin of paint and then quickly trying to drip a drop on to four of the biggest bits of some demographic Venn diagram on the floor – without dropping a fifth drop – and you've essentially got the idea. And yet that process has somehow produced a real gem in the form of this hour from Alice Wetterlund. 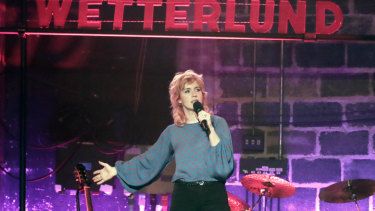 In this particular bunch of specials, most of the talent budget presumably went on Jim Gaffigan, whose doughy-dad comedy is clean, apolitical and bland enough for pretty much anyone who doesn't particularly like stand-up (Amazon Prime also has his sitcom, which can at least boast Michael Ian Black in a supporting role).

Then there's Kristin Hensley and Jen Smedley, whose cleverly written, sharply performed bad-mum double-act has a huge potential audience and is undergoing development as a network sitcom. And then there's Alonzo Bodden, who has been on the road for 25 years, who has some interesting observations about race and politics, but who demonstrates via the interminably long, name-dropping first anecdote of his special why he's not half as big as he might have been.

Mercifully, we also get Alice Wetterlund, a woman whose go-rounds through the wringers of life have left her with a gimlet eye for bullshit and a self-deprecating sense of humour counterbalanced by a self-confidence born of hard-earned self-knowledge. The first few minutes aren't the strongest, but once she hits her stride she hits it. An anecdote about a street fight that began with Wetterlund peeing in public while wearing part of a Cookie Monster costume leads into a chunk on the difficulties of her pre-sober period but it also digresses to reflect on the existential hell inhabited by the real Cookie Monster.

When she shares her response to the tedious old question "You're a feminist – does that mean you hate men?" it's a little lightning bolt that starkly illuminates everything about the assumption. But Wetterlund doesn't get stuck to the flypaper of the personal-confessional; she's soon into a discourse on the weird lameness of modern mainstream country music that's keenly observed and which enables her briefly to use her singing chops to good effect. Let's hope we get a good deal more of it all in the future.

You Vs Wild
Netflix 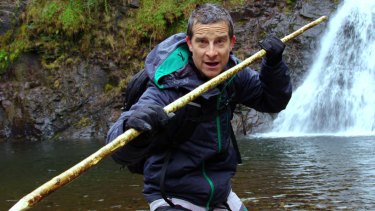 Bear Grylls in You vs. Wild.

Survivalist nutcase Bear Grylls is best known for drinking his own urine at the slightest provocation. So you'd think that this new interactive series would have a button labelled "Drink your own pee" on the screen at all times. Sadly, it doesn't – though it's not long before you get the chance to make Grylls eat a huge grub that evidently tastes disgusting. Pressing that button will no doubt be very appealing to the audience at which this is aimed via the Netflix Kids portal. Expect jungle, desert, mountain and ice. 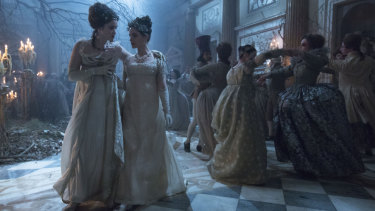 Period-fantasy fans who have already chewed through Amazon’s Carnival Row might want to turn their attention to this spellbinding series based on the novel by Susanna Clarke. With the Britain of 1806 hard pressed in the war against Napoleon, the rediscovery and military deployment of old-fashioned magicians might provide a much-needed advantage. Of course, they might not be terribly easy to find, or to control. This handsome BBC production was inevitably dubbed "Harry Potter for grown-ups", and it was certainly made with an intelligent adult audience in mind.

Better than Us
Netflix

Isaac Asimov came up with three simple, sensible law for robots. Someone neglected to pass them on to Chinese-made sex robot Arisa (Paulina Andreeva), who finds herself smuggled into Russia and then going on the lam after smashing the first law on her first day. 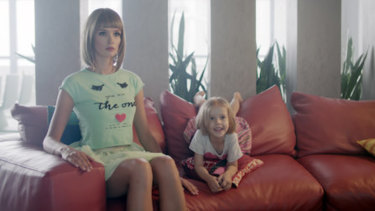 An android bunny-boiler taking an alarming interest in kids in Better Than Us.

On the human side we get loads of intrigue and insights into Russian society, family breakdown and the potential for an android bunny-boiler to take an alarming interest in your kids. It's all handsomely, thoughtfully made, and well worth checking out.

A bittersweet documentary following the lives of several kangaroos that were part of a drought-driven invasion of Canberra's irresistibly green suburbs. The film is several years old now, but the broader issues remain every bit as relevant as Australia's wildlife and its human population try to find ways to coexist under growing environmental strain. The scientists working on Canberra's kangaroo problem here provide fascinating info about the lives of urban macropods, but viewers shouldn't bank on a happy ending for any individual animal.