Ardent Good Morning America viewers have gotten used to seeing their usual cadre of anchors each morning, those being Robin Roberts, Michael Strahan, and George Stephanopoulos.

Robin and George, in particular, have held the fort down for the ABC morning news show for over a decade, which is why their absence hits even harder.

Over the past few weeks, the main hosts have taken more time off the show in several instances to balance family life and other projects.

While off from the latest installment of the show, George has proven himself to be the most reliable of the anchors, usually only taking time off while on assignment or when spending time with family.

The journalist spent more than a week off the show in August while taking a family vacation to Greece with wife Ali Wentworth and their two daughters.

The experienced political journalist has often helmed other projects off the show as well, often involving his eponymous production company in collaboration with ABC, such as with the recently released political docuseries Power Trip.

George and Robin recently completed 13 years on the show together

As George and Robin recently celebrated 13 years on the show, serving as the longest-running news hosts on a network show, he indicated that he wasn’t intending on leaving anytime soon.

In an interview with Associated Press, his co-host Michael even joked about how George had changed over the years, saying: “I definitely feel like he has loosened up. I don’t know if I can take credit for it.”

MORE: George Stephanopoulos lets his hair down during family adventure

MORE: George Stephanopoulos has best reaction when asked if he will appear on Dancing with the Stars

In the same interview, he reflected on his time on the show, adding: “I’m so proud. It’s been a great run. Robin has been a joy to work with.

“We’ve had a lot of fun and great success and covered a lot of consequential things. It’s been an incredible experience.” 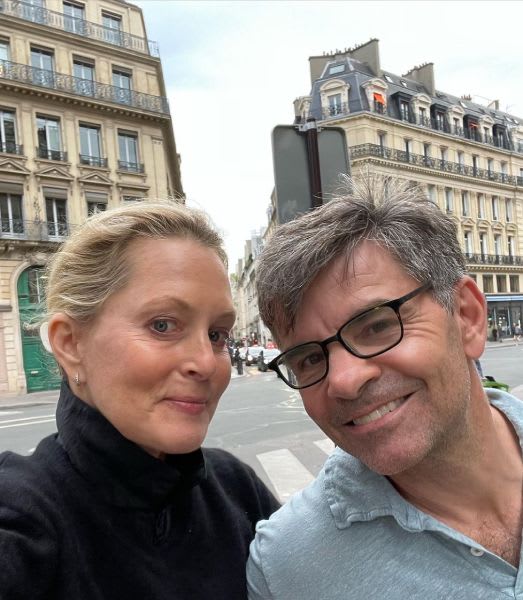 Robin shared: “We would never, ever do anything to make each other look good at the expense of the other. That’s such a comfort.

“To have that, it makes you take chances, and I think the audience picks up on that — the way that we are so different in many ways but so common in others.”