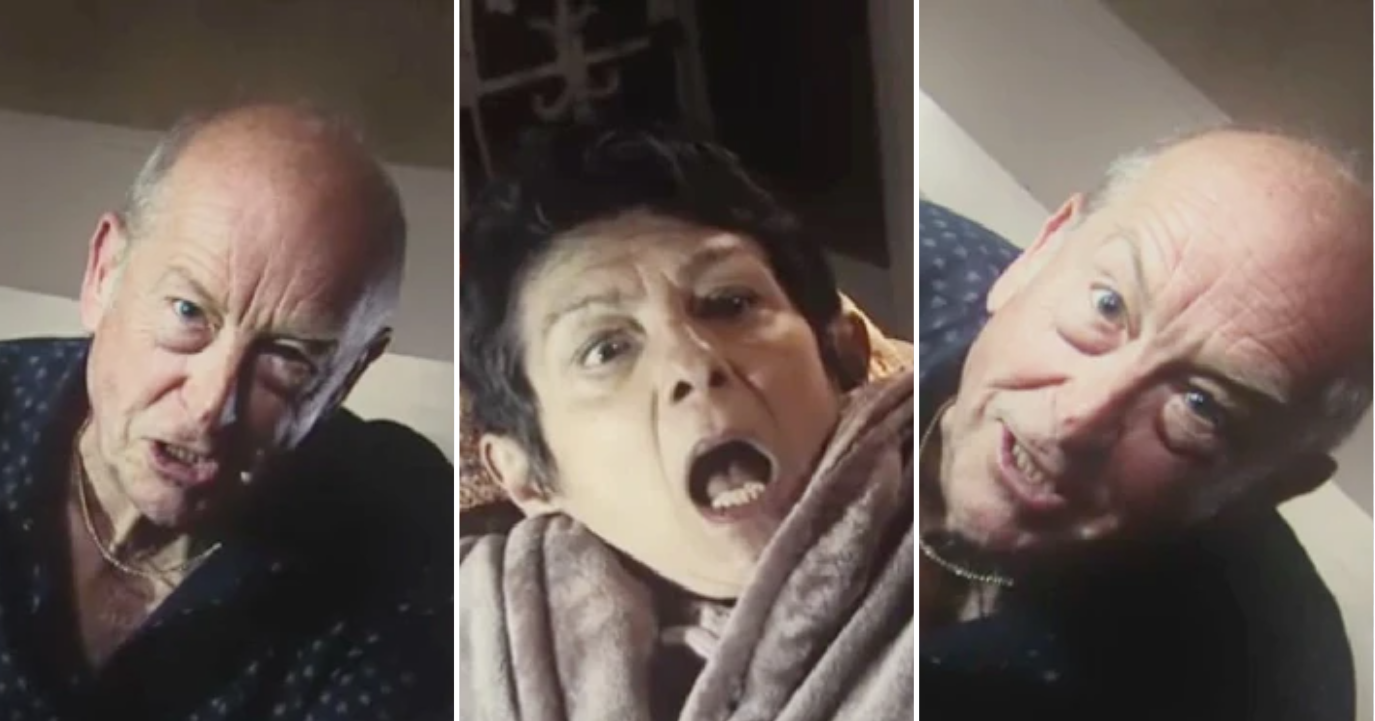 Coronation Street fans got a very shocking, unexpected surprise in the opening scenes of tonight’s episode – as Geoff Metcalfe (Ian Bartholomew) returned from the dead!

Allow us to explain.

Currently in the middle of another dramatic storyline, Yasmeen (Shelley King) has been reminded of her past with Geoff ever since she learnt Stu (Bill Fellows) was behind bars for murdering a young woman.

Yasmeen has spent the past few weeks refusing to let Stu back into her life, adamant he was exactly like Geoff.

Tonight, after the titles, Yasmeen was asleep on the sofa.

As she woke, Stu was in the kitchen.

Yasmeen was confused and horrified, she wanted Stu to leave her house right away.

Stu ignored Yasmeen and told her that he was really hurt by her recent behaviour, something Geoff absolutely would’ve done as well.

He then walked over and cruelly shoved a plate of chicken in Yasmeen’s face, reminding her of the time Geoff killed her pet chicken and made her eat it for dinner.

And then, to our shock – Geoff appeared!

Geoff was vicious to Yasmeen and called her ‘stupid’ for failing to see the real Stu.

Calling her a ‘gullible old fool’, Geoff stared right into Yasmeen’s eyes as she tried to put distance between herself and her evil ex-husband.

Of course, Geoff died during the soap’s 60th anniversary back in 2020 – he wasn’t actually in Weatherfield.

It was just a terrible, terrible nightmare.