Game of Thrones fans will remember the shocking scene where Jon Snow (played by Kit Harington) stabbed and killed his lover Daenerys Targaryen (Emilia Clarke) moments before she was to be seated on the Iron Throne. After the Mother of Dragons was killed she was discovered only by Drogon. Enraged, the dragon breathed fire and melted the Iron throne.

After Drogon picked up her body and flew away, fans are wondering not only where he took her, but what happened next.

Reddit user bytheninedivines took to the site to ask: “If the dragon flew away with Daenerys’s body, how did they know that Jon stabbed her?”

Floods of theories poured in about how Jon Snow’s fate came to be.

Fans will remember Grey Worm (Jacob Anderson) and a number of others calling for Jon’s death before he was exiled to the Night’s Watch. 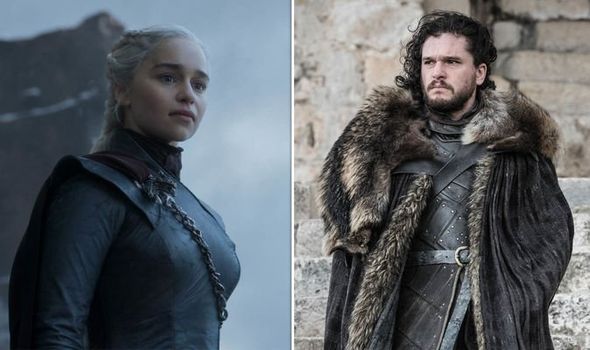 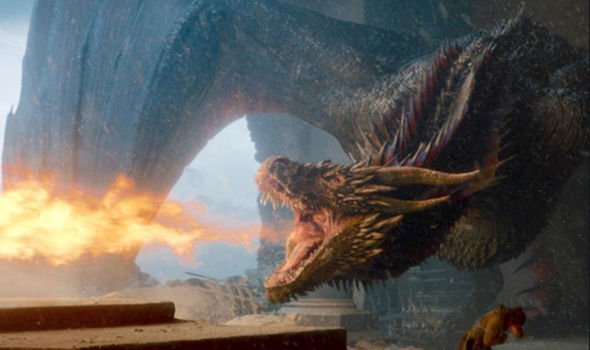 But how did they find out it was Jon that killed her?

One fan suggests Daenerys’ followers were summoned to the Throne room after hearing Drogon’s cry in a scene that was never shown.

The user commented: “Im assuming they heard Drogons cry, and when they got there and saw a pool of blood on the ground and tears in Jon’s eyes with no Dany,

“Drogon, or throne, it’s kinda obvious something happened at that point. 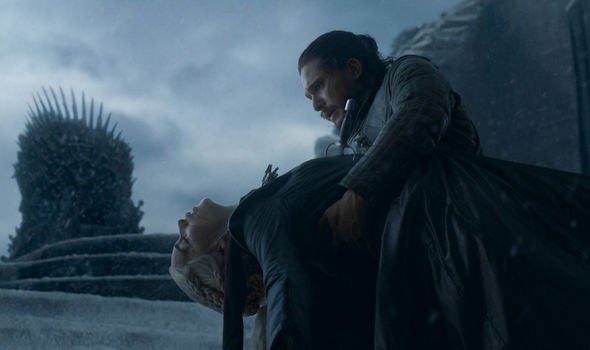 “And if they asked Jon, did you or the dragon do it, what answer do you think someone like Jon would give. At least that’s my take on it.”

The theory that Jon was honourable and owned up to his crimes is a popular one with the character having been a loyal member of the Night’s Watch.

Another fan speculated it was his upbringing by the late Ned Stark (Sean Bean) that instilled such a sense of honour upon him.

The fan added: “If Jon got anything from being raised by Ned Stark, it was his sense of honour.

“His internal struggle when he was undercover with the Wildlings and lying with/to Ygritte is one of many pieces of evidence of this.

“When he killed Daenerys, he had decided that killing her was the right thing to do, and he was willing to accept the consequences for his actions.

“Would you expect Ned to have tried to weasel out of the consequences if he had been the one with the dagger?”

Meanwhile, another Game of Thrones fan has created their own alternative ending for Jon Snow, speculating the fan-favourite should have been killed by the Night King.

Reddit user AlynOakenfist began: “After the Night King and all his buddies have fallen, all the ‘fire wights’ would also cease to exist too?

“Beric and Jon were both resurrected by the magic of R’hllor, mostly with the purpose of fighting the Great Other.

“After that purpose has been fulfilled, it would make sense for them to ‘die’ as well.”

The theory concluded as the user explained Jon’s death would also make Daenerys’ turn to the dark side more plausible, as she would have just lost her lover and only relative.