The 38-year-old star admitted she wanted to "rip their f***king heads off and s*** down their necks" after Max was attacked by three older children. Poor Max was set upon by a gang of boys he didn't recognise while walking to school on Tuesday morning – leaving him with a huge bruise on his face.

She explained: "Max was walking to school, like he does every morning, and there were three boys from the local high school in an alley he walks through.

"One of them just turned around and elbowed him in the eye, then they started laughing and ran off. It's absolutely disgusting. It could have been so much worse." 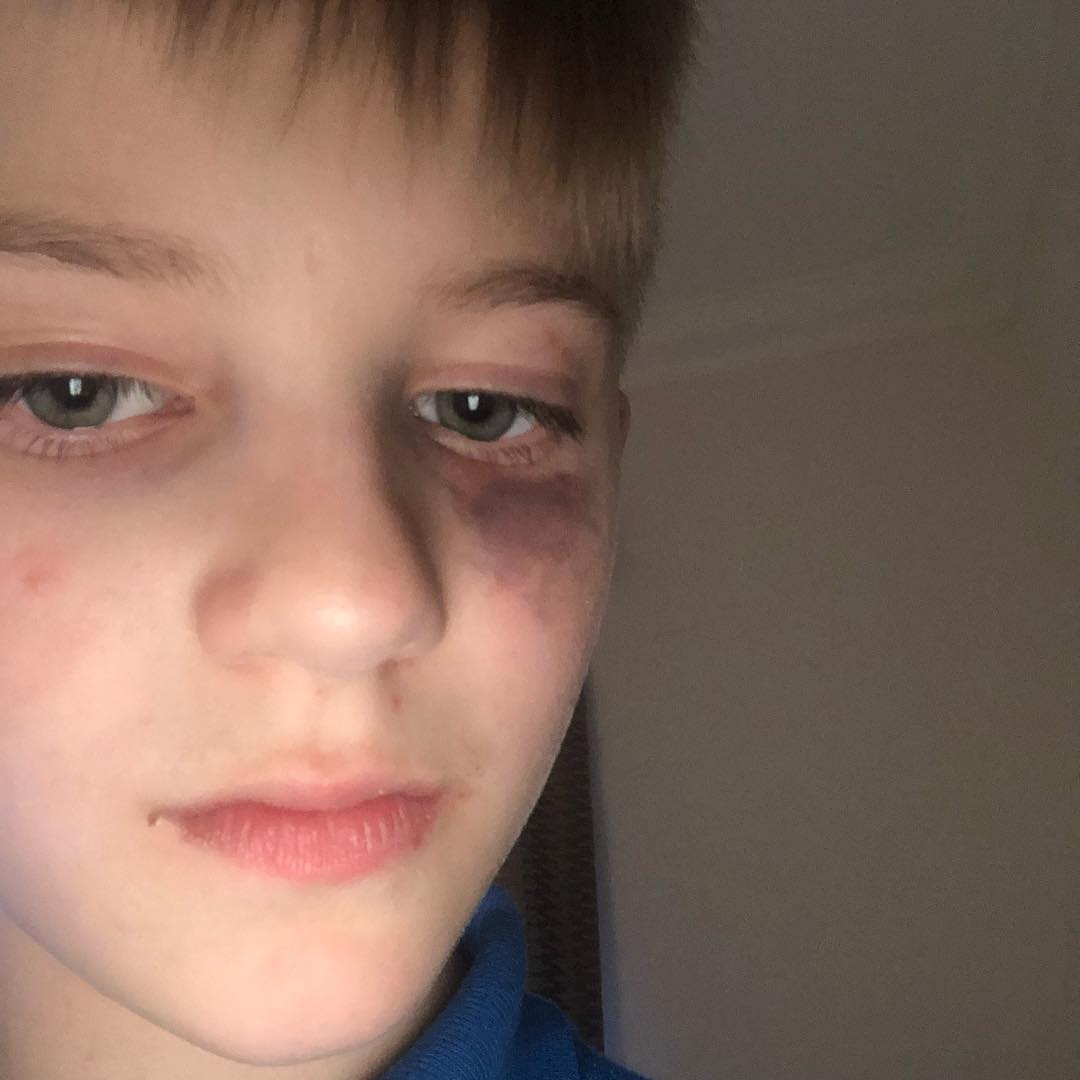 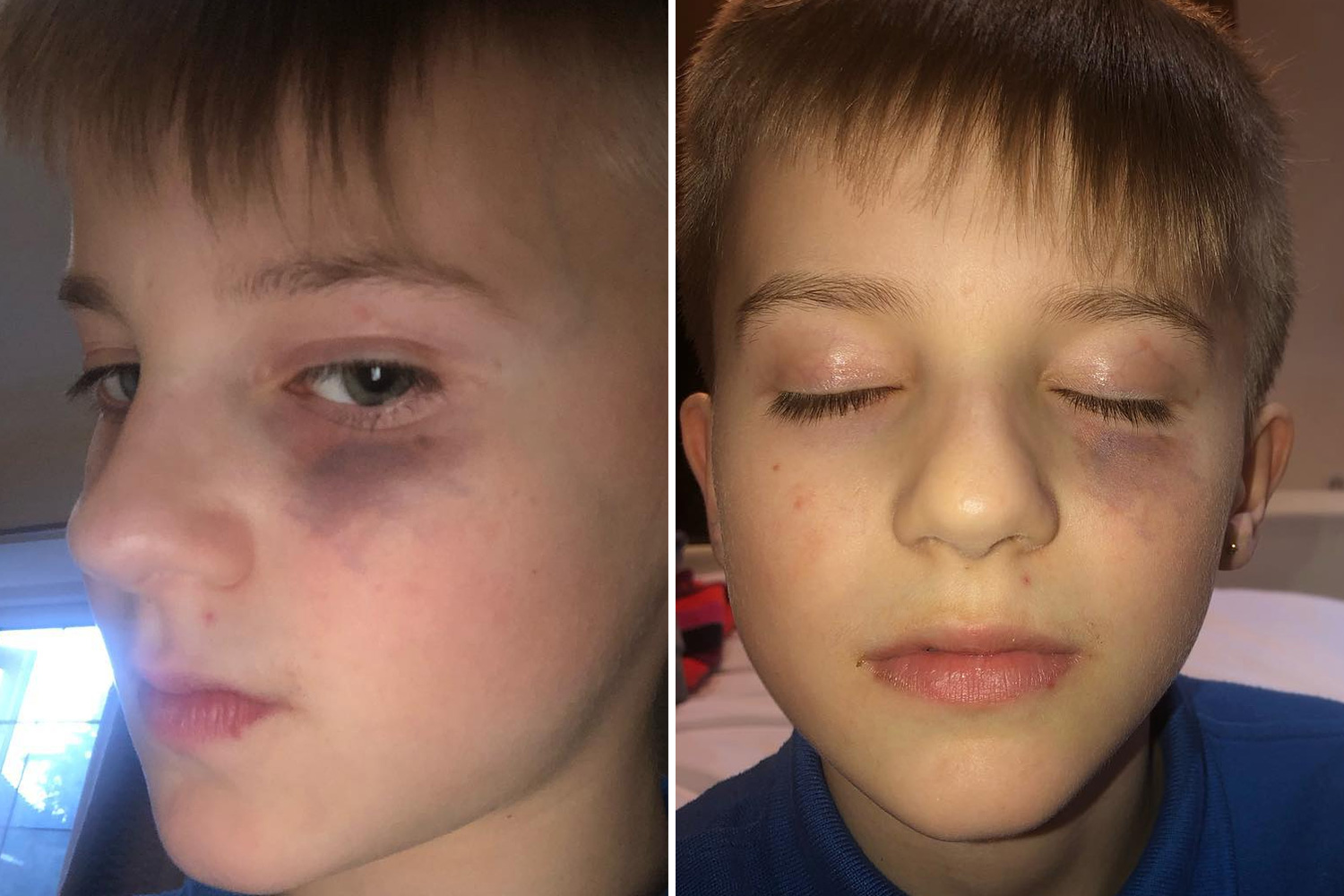 The Celebs Go Dating star added: "He ran all the way to school sobbing. I was in London for filming and got my driver to go straight back. I was crying in the car just thinking about it."

Max is Kerry's only son from her marriage to former cabbie Mark Croft and is brother to Molly, 17, Lilly-Sue, 16, Heidi, 12, and Dylan-Jorge, four.

Kerry joined the youngster on his walk to school yesterday, prepared to encounter the lads, fuming: "The little s***s – let me find them. I want to rip their heads off."

She explained: "I made out that DJ wanted to walk. Because Max is a boy, he wants to be big and brave. He didn’t want it to look like it affected him. 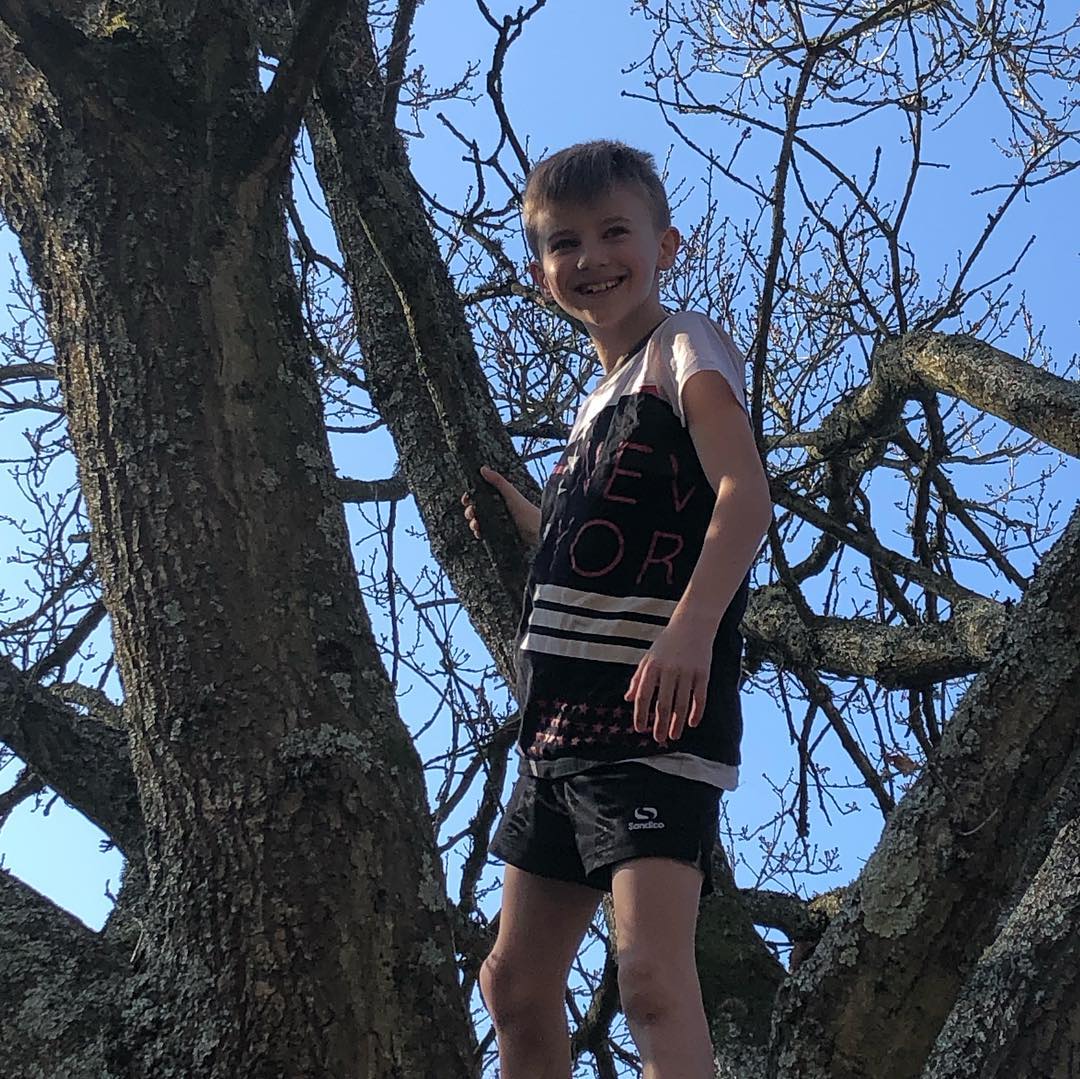 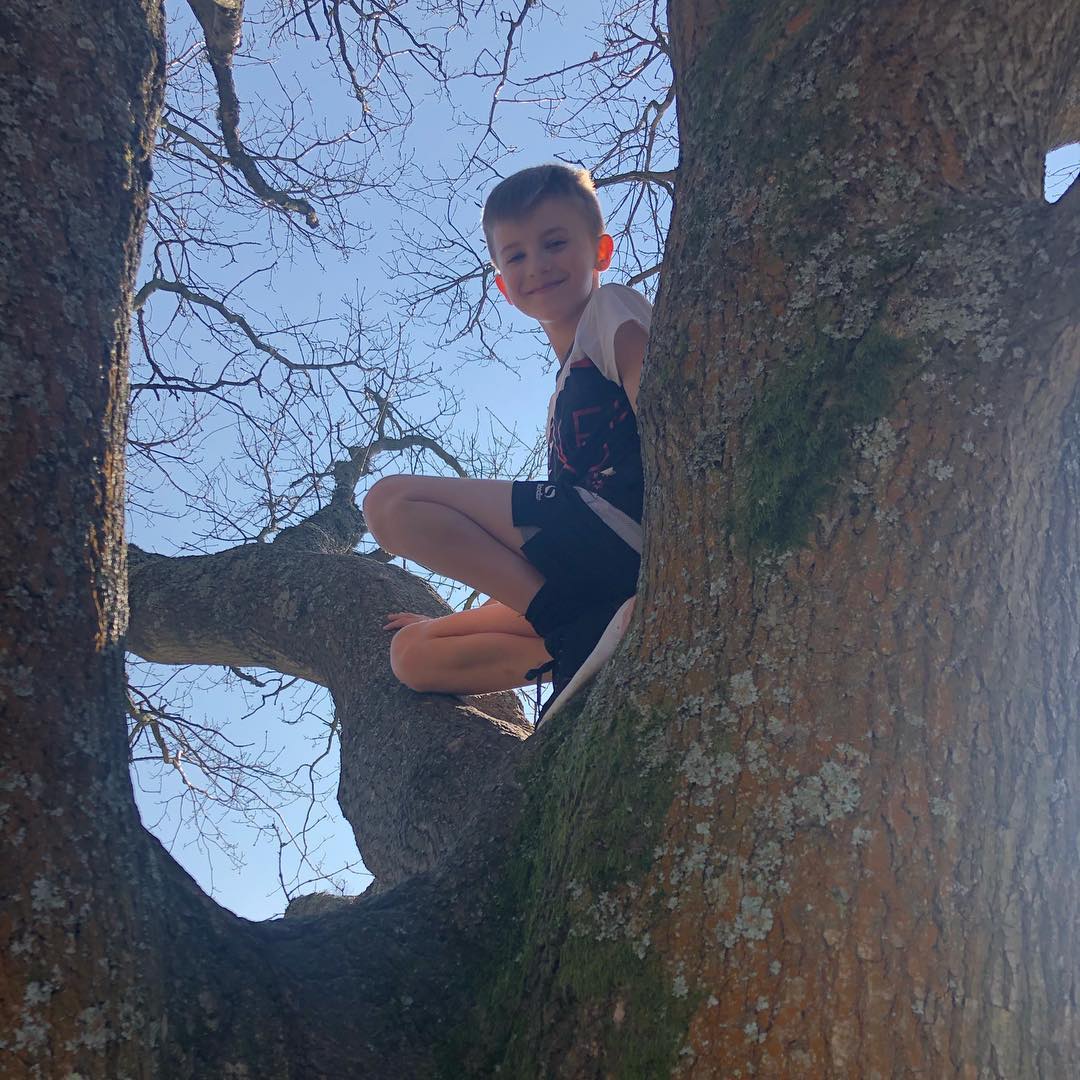 "He was like: ‘Don’t walk with me mum, everyone’s going to make fun of me because they think I’m being bullied.’ I was like: ‘No, I’m walking with DJ.’

"But in my head I had my phone with me and I thought I might see the boys. Even if it wasn’t them, I’d ask about them.

"I’d show a picture of Max and I’d say to them: 'Where do you live? Take me to your house right now.' That’s what I would have done."

Max got the day off school after the ordeal, with Kerry taking him to nearby Ashdown Forest where they spent a day in the sunshine climbing trees. 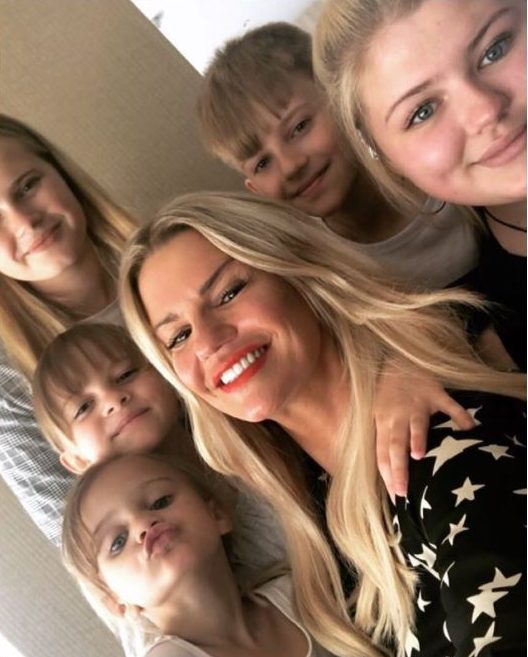 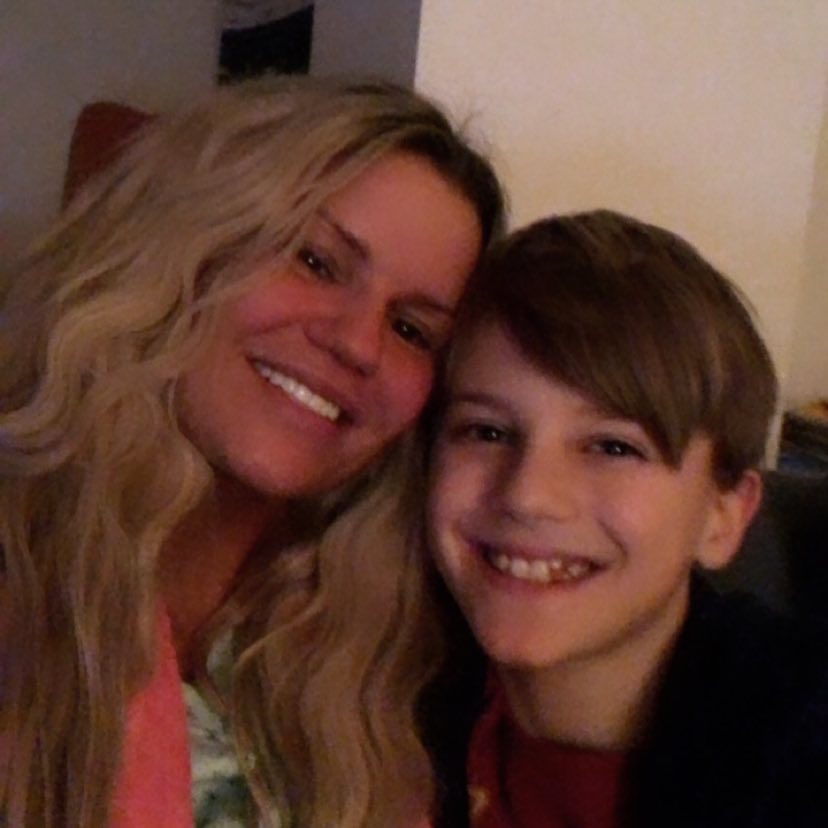 But she refuses to "mollycoddle" the lad, saying he went back to walking to and from school by himself – starting yesterday afternoon.

Meanwhile, Kerry has turned up at the school the bullies go to, after Max said the uniform was the same one Heidi wears, in a bid to identify the culprits.

The former Atomic Kitten star explained: "As a parent the first thing you want to do is rip their f***ing heads off and s*** down their necks.

"That’s what you want to do. No one touches your kid – nobody. I’d take a bullet for my children. But violence doesn't solve violence.

A third have been targeted online and a staggering 87% of pupils saw their classmates bullying each other.

The Anti-Bullying Alliance believes that 4% of students in the UK are bullied daily – which is the equivalent of one child per class room.

Violence and assault is an illegal form of bullying, as well as theft and repeated harassment and intimidation.

If you suspect that your child is being bullied in school, then you should contact staff at the school immediately.

If the bullying involves a crime then you should call the police.

Contact the NSPCC on 0808 800 5000 if you want confidential help and advice on what to do if you or your child is being bullied. 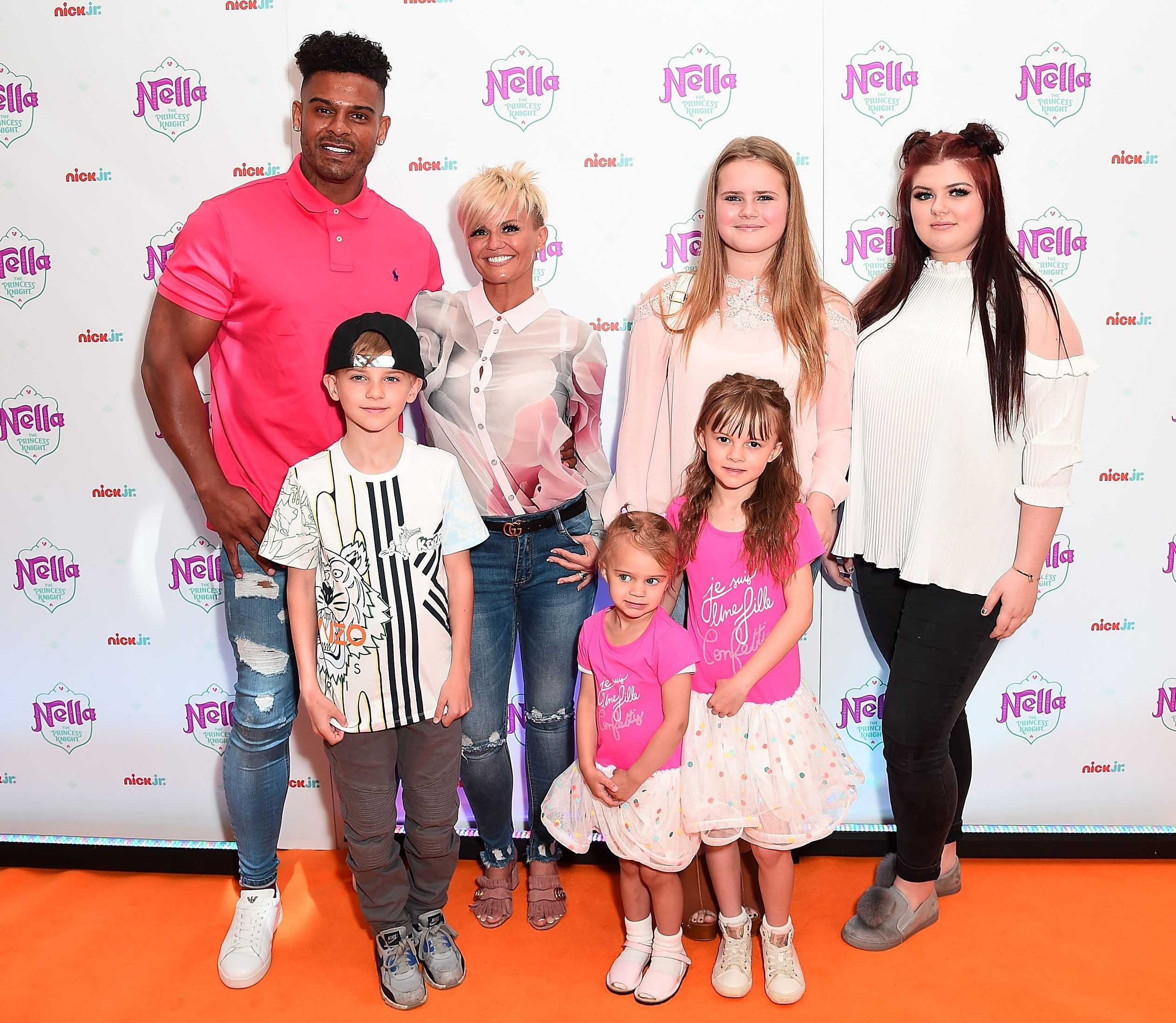 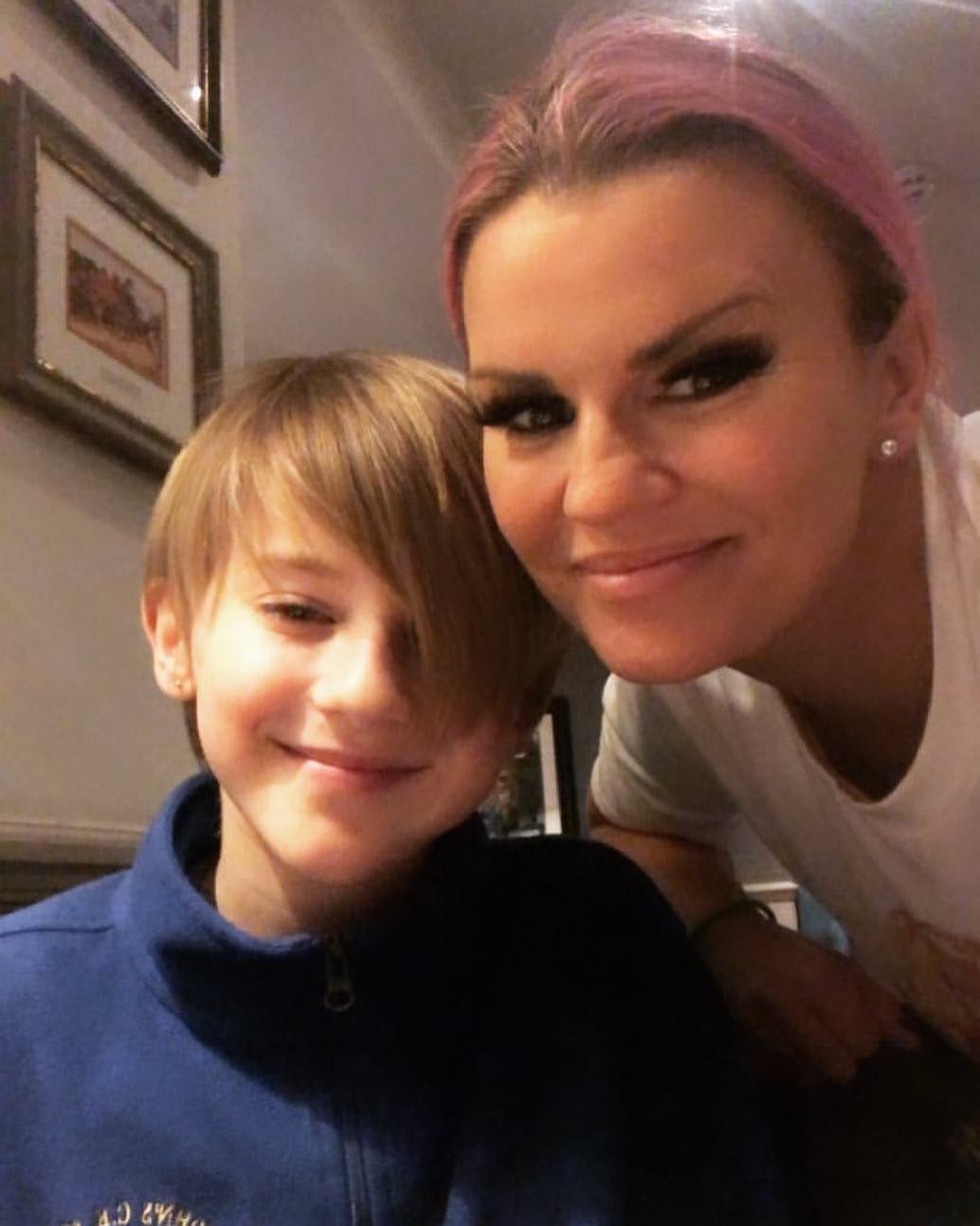 "I took Heidi to school and I spoke to the lady and showed her the pictures. Unfortunately there’s not much we can do about it."

Kerry added: "If I knew who they were I would file a police report, 100 per cent. It’s not acceptable.

"Being somebody who’s been in a violent domestic relationship myself, I’m not having it happen to my children. There are consequences to your actions and it isn’t on."

She added that heroic Max had even stepped in when another child was being bullied at his primary school. 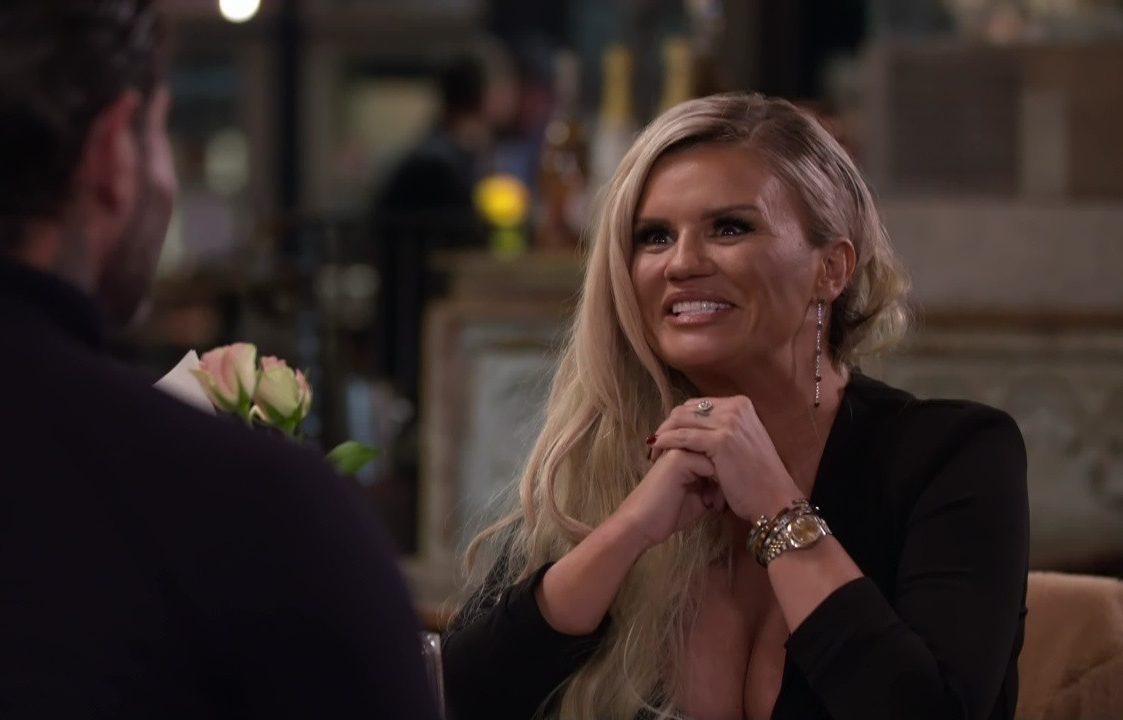 Kerry said: "There was a certain little boy who was picking on this girl on the way home and Max saw and tried to stop the boy from picking on the girl and the boy ended up hitting my Max.

"When any of your children get hurt by anybody, it’s awful. It’s like Molly and Lilly, when they were at school some children said: 'Your mum’s a cokehead.’"