Movies based on video games often get a bad rep for being one note, overly long or quite boring, with many simply catering only to gamers – but Free Guy has taken the whole premise to an entirely new level, with Ryan Reynolds, Jodie Comer and Joe Keery along for the ride.

Shawn Levy is shaking up the genre and having fun with it, including a colourful backdrop, star-studded cameos, a Mariah-Carey led banging soundtrack and a scoop of bubblegum ice cream – and honestly, what’s not to love about that?

Free Guy follows bank teller Guy (Ryan), who does the exact same thing every single day, down to the coffee he drinks and the way he greets his pet fish, and he loves every second of his existence. Until he meets Jodie Comer’s Millie, or Molotov Girl, a spunky woman who is shrouded in mystery, that is.

Their chance meeting shakes his entire world up as he instantly falls in love and tries to win her affection. But there’s just one tiny problem – he’s not actually real but instead a non-playable character (NPC) in the biggest video game in the world, created by Millie and Keys (Joe), who are attempting to get their project back in safe hands, and away from tycoon Antoine (Taika Waititi).

As the truth about his existence, and the part Millie has to play in this, comes to light, he battles to become the hero by setting his own rules, before it’s too late.

Jodie manages to steal every single scene she is in, adding some much-needed Villanelle sass to proceedings. She shines as Millie, who will do whatever it takes to obtain the code she needs to prove that she has been double-crossed, whether that is effortlessly flipping between English and American accents, sneaking around or casually straddling a motorbike backwards out of a window while in a shootout. 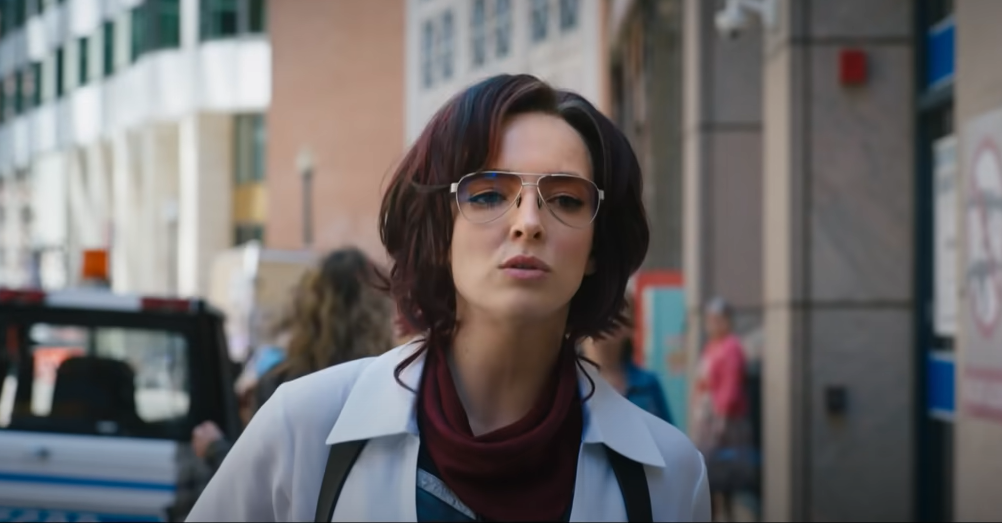 She bounces perfectly off of Ryan, who plays the confused straightman to a tee, asking ridiculous questions and going along with whatever Millie says with very little pushback. There is an art to playing an endearingly clueless character that he nails, while also managing to give the audience more than just a few laughs.

There is no denying that there’s something a little familiar about the film, with the plot leaning a little towards the timeless Truman Show – even Guy’s daily routine seems to be a not-so-subtle nod to Jim Carrey’s unwitting but loveable character. But while it’s an enjoyable movie, it lacks the heart of Peter Weir’s masterpiece to really land.

The overstuffed plot doesn’t help, with so many strands to keep up with that you struggle to truly understand the motivation behind how hard Millie is gunning for revenge against Antoine, and what makes an underdeveloped Keys flip-flop on his decisions behind the keyboard.

Taika injects more comedy with his tech douchery until he wields an axe to it all with a confusing ending that feels out-of-character and thrown together.

Free Guy isn’t a perfect film by any stretch and it’s not trying to be. But it is fun, light-hearted, tongue in cheek with wild stunts and doesn’t take itself super seriously. Not to mention the boat load of sunglass-wearing celeb cameos. Right now, what more could you ask for?

Just a heads up: It’ll be impossible to get Mariah Carey out of your head as you walk out of the cinema, and we’re totally fine with that.

Free Guy is released in UK cinemas on August 13.