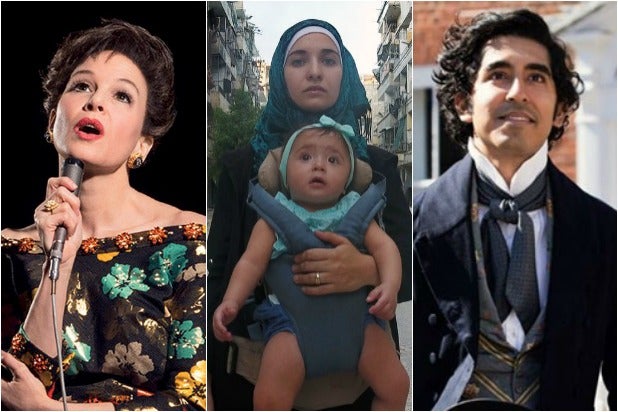 Syrian documentary “For Sama” was the big winner at the British Independent Film Awards on Sunday, taking home four awards for its sobering portrayal of how the ongoing war in Syria affects the women who live there.

“For Sama” was directed by Aleppo resident Waad al-Kateab with Edward Watts and follows al-Kateab through five years of her life as she gets married and gives birth to her daughter, Sama, all while the city crumbles around her. The film won BIFAs for Best British Independent Film, Best Director, Best Documentary, and Best Film Editing, adding to an awards list that includes the Prix L’?’il d’Or for Best Documentary at the 2019 Cannes Film Festival and Grand Jury Award for Best Documentary at the SXSW Film Festival.

Other winners include Best Actress Oscar contender Renee Zellweger, who won a BIFA for her performance as an aging Judy Garland in the biopic “Judy.” The Best Actor award went to Josh O’Connor for his performance in the Harry Wootliff romance “Only You.”

Armando Iannucci’s “The Personal History of David Copperfield,” which premiered at TIFF and will be released in theaters in 2020, won for Best Screenplay and Best Supporting Actor for Hugh Laurie. Bong Joon-ho’s “Parasite,” which is seeing buzz build around it for a Best Picture Oscar nomination, won for Best International Independent Film

“Children of the Snow Land”

May 26, 2020, Comments Off on CBS’ Gayle King fights back tears on live TV discussing death of black man in custody and Amy Cooper incident – The Sun
We and our partners use cookies on this site to improve our service, perform analytics, personalize advertising, measure advertising performance, and remember website preferences.Ok