Firefly Lane has been a huge hit since it landed on Netflix, and the series is based on the book of the same name by Kristin Hannah. Maggie Friedman turned the story of two friends into a small-screen adaptation, which has won over many viewers. The show’s costume designer, Allisa Swanson, spoke exclusively to Express.co.uk about the adaptation and the show’s future.

Why is Firefly Lane different from the book?

Firefly Lane is still lingering in the top 10 on Netflix and it has won over the hearts of fans of the book.

The series follows best friends Kate Mularkey (played by Sarah Chalke) and Tully Hart (Katherine Heigl) as they help each other through adult life.

In the book, Kate is married to husband Johnny (Ben Lawson) and they have their fall-outs, but they stick together.

The series decided to shake things up by highlighting Kate and Johnny’s plan to get a divorce.

This change was met with some criticism from fans, who wanted the pair to remain as a strong couple. 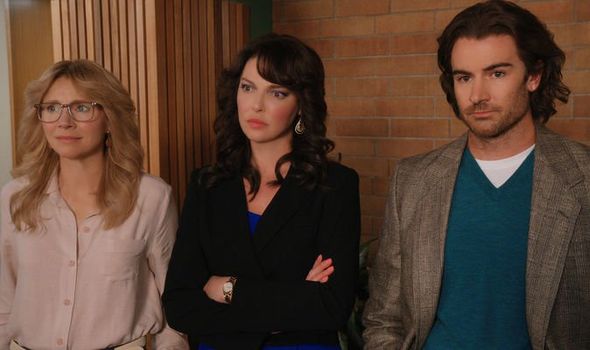 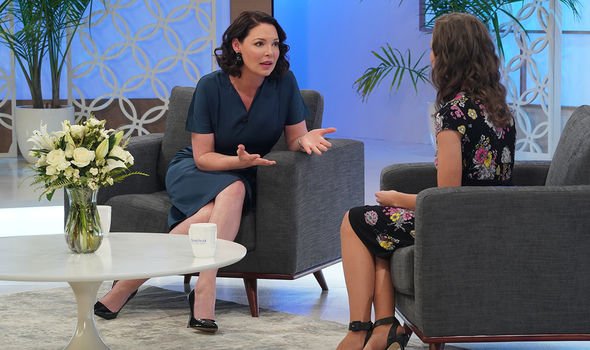 The timeline has also changed from the linear and chronological approach in the books, as it tends to jump backwards and forwards.

Another storyline that shocked fans having watched the series is Tully’s pregnancy, as she does not get pregnant in the book.

The costume designer for the series, Allisa Swanson, said they were welcome changes as it meant the series could have a future.

She told Express.co.uk: “I think it turned out really well, I read the book before we started the series because it was like research material. 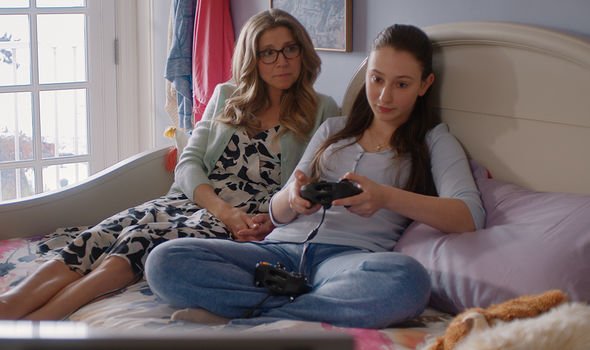 “It diverged from the book a little bit and I know some die-hard fans were like ‘aah’, but it’s a TV series.

“In order to keep the story going, you have to add different elements, whereas the book wraps itself up nicely.

“Wherever it ends up getting to, there’s enough fodder that she’s managed to put in that will help continue to grow the story.”

Swanson is confident the series has plenty of scope to continue for at least a second season. 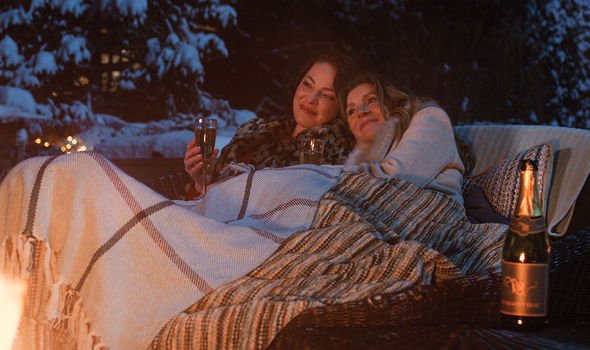 She said: “I think the story has a lot to tell, there’s so much to tell in a friendship that close and sometimes that heated, that takes place over 30, 40 or 50 years.

“It lends itself well to continuing and I really hope Netflix agrees, I hope they pick it up and it does go for a second season.”

The season one finale featured a number of cliffhangers as Kate and Tully had clearly ended their friendship.

Fans are yet to find out the cause of their dispute and they are hoping the answer is revealed in season two.

Johnny’s fate was also left hanging in the balance after he was caught up in a landmine explosion in Iraq.

Recalling her favourite moment from working on the series, the costume designer said she remembered a pageant scene with Carol (Kirsten Robek) – Tully’s rival.

She said: “Carol is reenacting her time as the orchard princess and is in her pageant gown, and is climbing up an apple box.

“We designed this gown by looking at the other pageant gowns from the time period. So we are in this orchard, she’s in this ridiculous gown with these big puffy sleeves and her hair is out three-feet sideways.

“The rest of our crew are all there looking extremely 80s. Then in walks Carol’s stunt double who looks identical to Carol, so you have these two pageant women running around in identical dresses.”

She also revealed how her daughter was actually cast as one of the flower girls during the wedding scene.