The former Labour Prime Minister wrote in a joint article with ex-Tory leader Sir John Major that he believed Boris Johnson’s decision to table the Internal Market Bill to fight parts of the Brexit withdrawal agreement with the EU, must be blocked by MPs in the Commons this week. But as Jeremy Vine discussed the latest Remainer’s attempt to thwart Brexit talks on his Channel 5 show, a furious caller urged Mr Blair to “find a retirement home” and stay out of modern politics. Deirdre, a Remainer from Nothumberland, said: “I have to say, first of all, while he was in Government there were one or two good things he did, one or two.

“But then you draw the line under that because every time I’ve seen the man since then I tell you I want to throw eggs at the telly.

She added: “I think he should just go away to his retirement home and just keep his nose out of politics today.

“I voted to Remain only because the only people I have faith in are the Europeans, I have no faith in the British Government whatsoever.

“They’re losing credibility, they never had credibility. To think of Britain in the world and its past history, it leaves a lot to be desired both here and abroad.

“But as far as Blair is concerned, yes, find him a retirement home and please lock the door.” 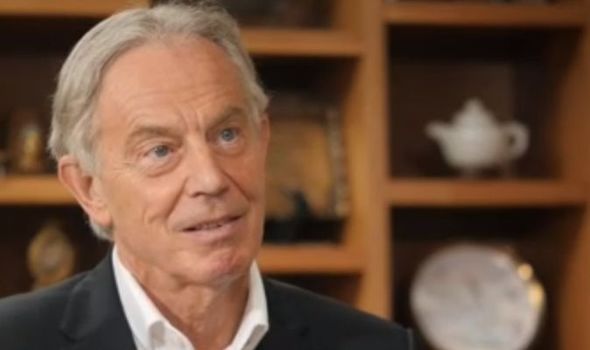 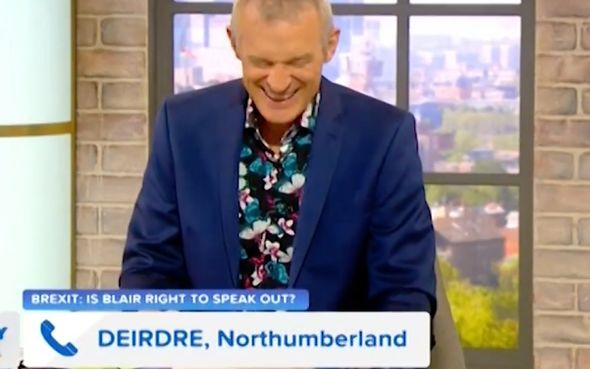 Though Mr Cameron did not go quite as far in his criticism as Sir John Major, Tony Blair, Gordon Brown and Theresa May, the move piles further pressure on Prime Minister Boris Johnson amid a growing Tory revolt over controversial new proposed legislation.

Mr Johnson is attempting to push through the Internal Market Bill, which the Government has said would breach international law, as ministers insist it is a “safety net” if no trade deal is agreed with Brussels before the conclusion of the Brexit transition period at the end of the year.

In a statement Mr Cameron said: “Passing an Act of Parliament and then going on to break an international treaty obligation is the very, very last thing you should contemplate.

“It should be an absolute final resort. So, I do have misgivings about what’s being proposed. But, I would just make this point.

Can’t see this Brexit poll? Click here to open in your browser

Mr Cameron added: “And, of course, the bigger picture here is that we are in a vital negotiation with the European Union to get a deal and I think we have to keep that context, that big prize in mind.”

The Government has insisted the Internal Market Bill will ensure barrier-free trade across the UK after the Brexit transition period concludes at the end of the year.

He told Times Radio that the Government “knew” what it was signing up to when it ratified the Withdrawal Agreement.

“What I can say from my perspective is we simply cannot approve or endorse a situation in which we go back on our word, given solemnly not only by the British Government and on behalf of the British Crown, but also by Parliament when we ratified this in February, unless there are extreme circumstances which arrive involving a breach of duty of the good faith by the EU,” he said.

“In those circumstances, there are then lawful remedies open to us and it is those we should take rather than violating international law and a solemn treaty.

“The breaking of the law leads ultimately to very long-term and permanent damage to this country’s reputation and it is also a question of honour to me – we signed up, we knew what we were signing.”

He added: “I think it is wrong that the British Government or our Parliament should renege on an agreement on which we gave our solemn word.”

The Brexiteer warned he would not back the UK Internal Market Bill unless ministers dispel the impression that they plan to “permanently and unilaterally” rewrite an international agreement.

Simon Hoare, Tory chairman of the Commons Northern Ireland Affairs Committee, said Mr Cox’s condemnation of the Government’s plans could not be ignored.

He said: “Geoffrey is a man for whom respect for the rule of law (and its defence) is paramount. His intervention cannot be overlooked, ignored or swatted away.”

Meanwhile, Tory MP Rehman Chishti has resigned as the Prime Minister’s special envoy on Freedom of Religion or Belief (FoRB) in opposition to the Internal Market Bill.