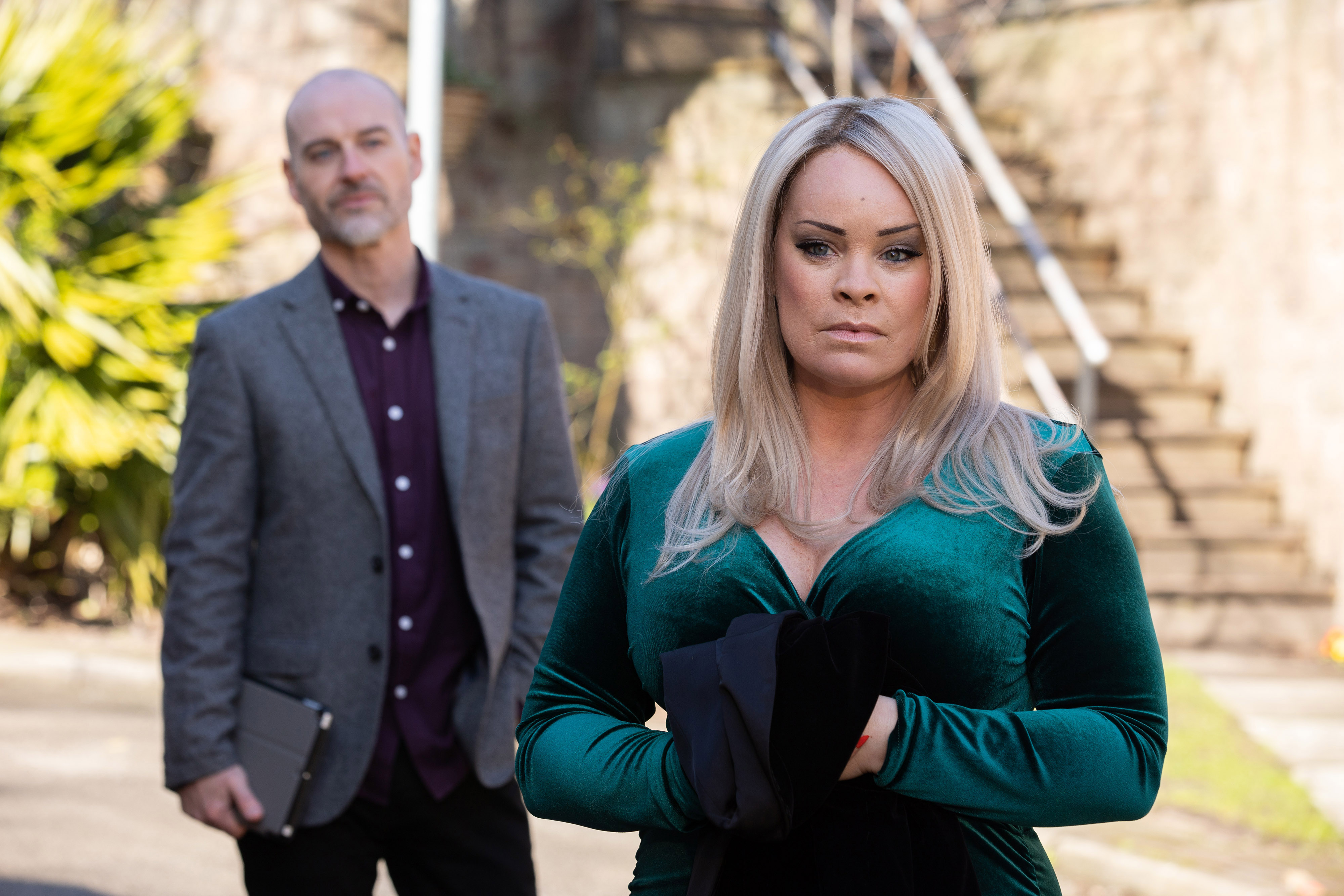 Hollyoaks’ resident gangster Fergus Collins (Robert Beck) has a trick up his sleeve to hurt Grace Black (Tamara Wall), but an unsuspecting Darren Osborne (Ashley Taylor Dawson) is ultimately caught in the crossfire.

The re-launch of The Loft arrives next week, and Grace could not be more excited.

In fact, you might even say she’s over the moon, as Felix Westwood (Richard Blackwood) puts up the new sign.

Fergus, however, plans on sabotaging the big the day.

He’s aware that Grace hasn’t got insurance, and therefore he tells Timmy to keep a watchful eye out, while he loosens the bolts on the night-club’s new sign!

Darren, meanwhile, is struggling to choose whether he wants to spend the rest of his life with Nancy Osborne (Jessica Fox) or Mandy Richardson (Sarah Jayne Dunn).

After much deliberation – not to mention some assistance from Luke Morgan (Gary Lucy) – he ultimately makes a big decision.

Heading to The Loft, he instructs Mandy to meet him there. Before he can reveal his choice, however, tragedy strikes, as the sign collapses onto him!

Darren is rushed to hospital, where Mandy and Nancy discover that he’s in a coma, and later in there week, his condition takes a turn for the worse.

Will Darren die? If so, will Fergus come to regret his actions?