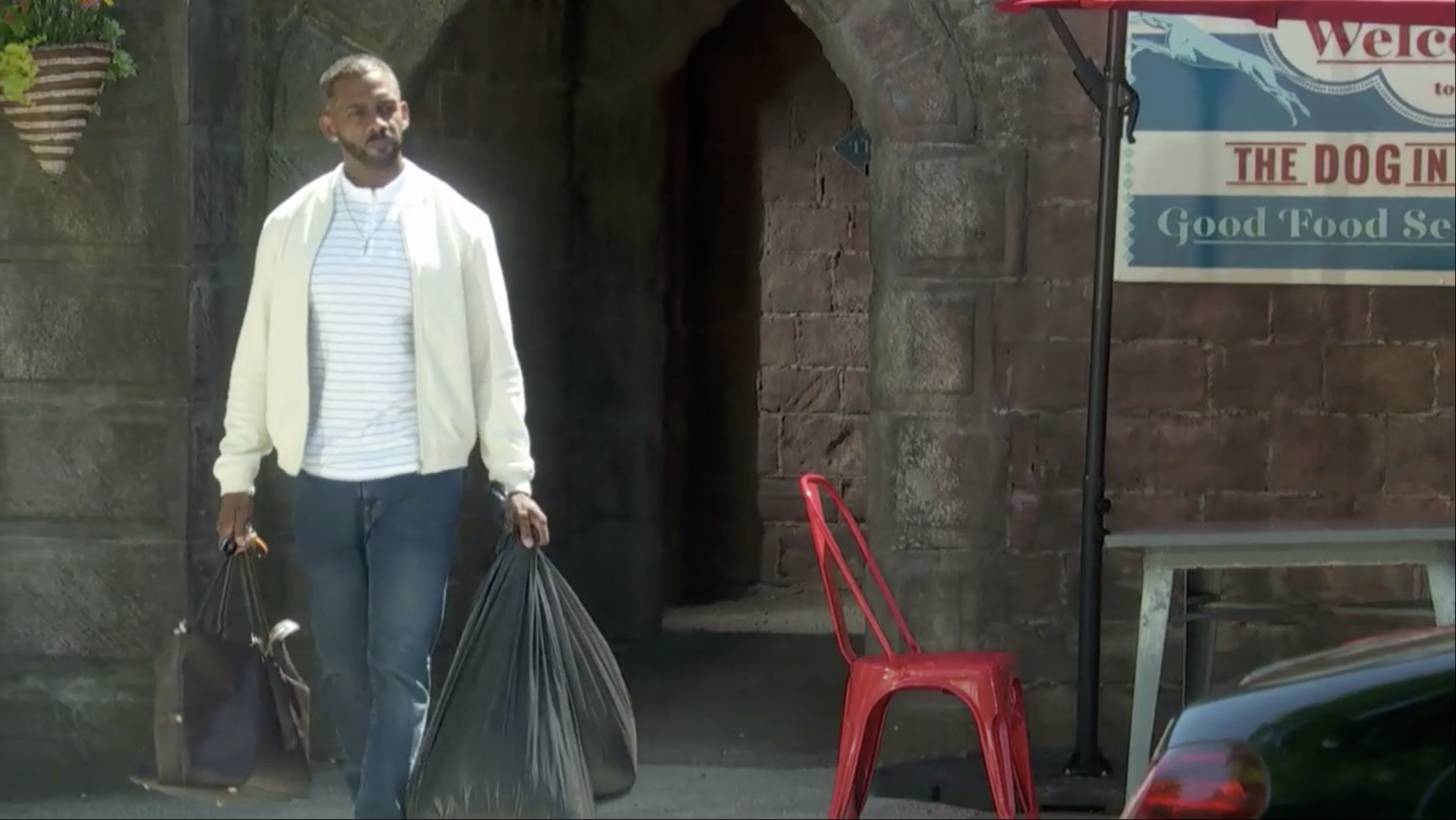 Felix Westwood (Richard Blackwood) attempted to do the selfless thing in Hollyoaks tonight, as he departed the village to save Martine Deveraux (Kelle Bryan) from more heartache.

The mechanic, who made his feelings about Martine quite clear, was all set to reunite with the love of his life.

Walter (Trevor A Toussaint), however, wasn’t pleased when he learned that his daughter was contemplating giving Felix another shot, and therefore he set out to meddle.

Tracking down Felix, the preacher berated him for bestowing so much hurt on Martine over the years, revealing that he fears he will do the same to her this time around.

Felix was adamant that this time will be different, but the doubts were clear when Walter asked him, hand on bible, if he’s strong enough to support Martine through her cancer battle.

The soap mainstay, who made his first appearance in March of last year, thought long and hard about Walter’s comments, and ultimately, decided to leave.

Martine, meanwhile, headed to meet with Felix at the Salon De The, excited for their reunion, but when she arrived, she found only flowers and a letter.

The realisation soon dawned on her that Felix wasn’t coming, as she read his note, which saw him explain that he’s not strong enough, before branding himself a bad man.

Felix was seen packing up all his belongings, and heading to The Dog carpark, before getting into his vehicle and driving out of the village.

Martine, having finished his letter, was heartbroken.

While Felix’s exit did seem rather final, Richard Blackwood will return in the future, as he will feature in Hollyoaks’ special Black To Front episode, which will air in September.