I can reveal that the presenter has quit because she wants to focus on other projects. 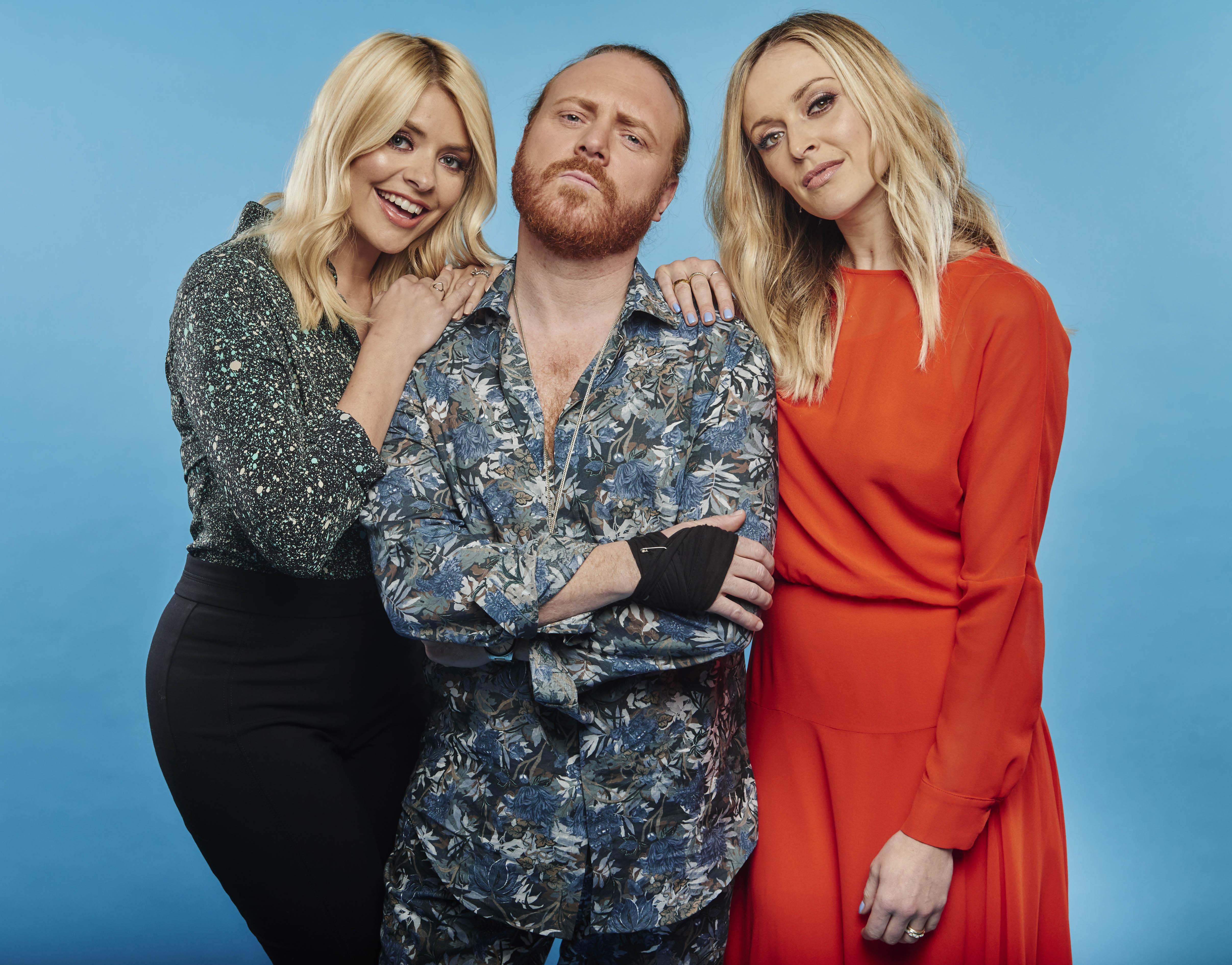 Fearne, who has been a regular panellist on the ITV2 comedy game show alongside Holly Willoughby since 2008, is now trying to be slightly more highbrow.

A TV source said: “Fearne has loved doing Celebrity Juice — it’s been a big part of her life.

“However, her career has taken a new turn in a different direction with the success of her books, such as Happy and Quiet, plus her wellbeing podcast Happy Place.

“She also has a new BBC series starting in the spring, called Project Interiors. It felt like the right time to move on and to focus on other parts of her career.” 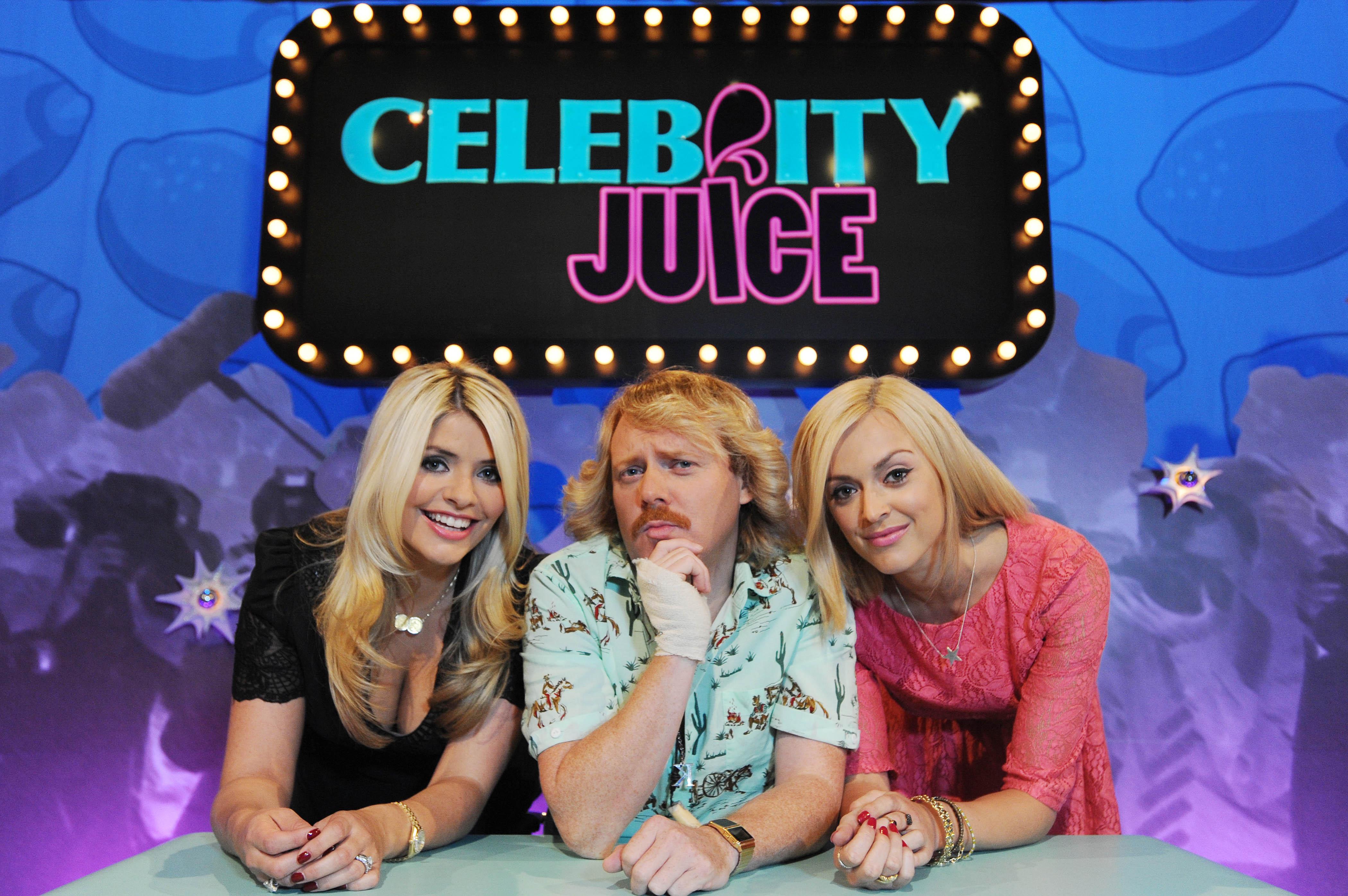 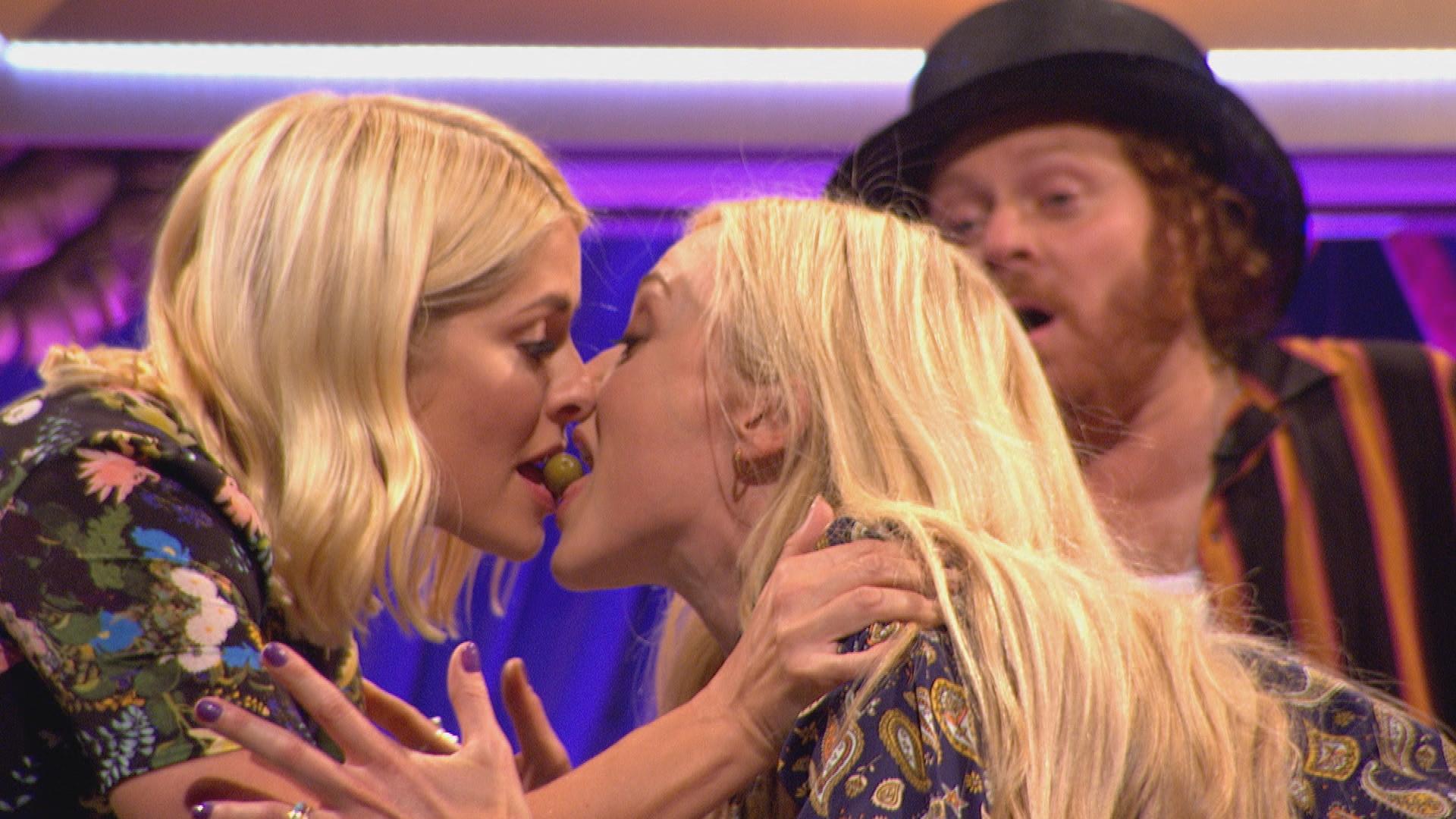 Fearne appeared on the show for 18 of the 20 series. Her only time away was in 2013 when she was temporarily replaced by Kelly Brook while she was on maternity leave.

"It has been a joy to be part of this magnificent show and I wish the team the very best in future series.”

I personally think the show, which was very funny at its prime, has gone as far as it can.

It bakes two to tango

IT looks more like a dance-off than The Great British Bake Off. 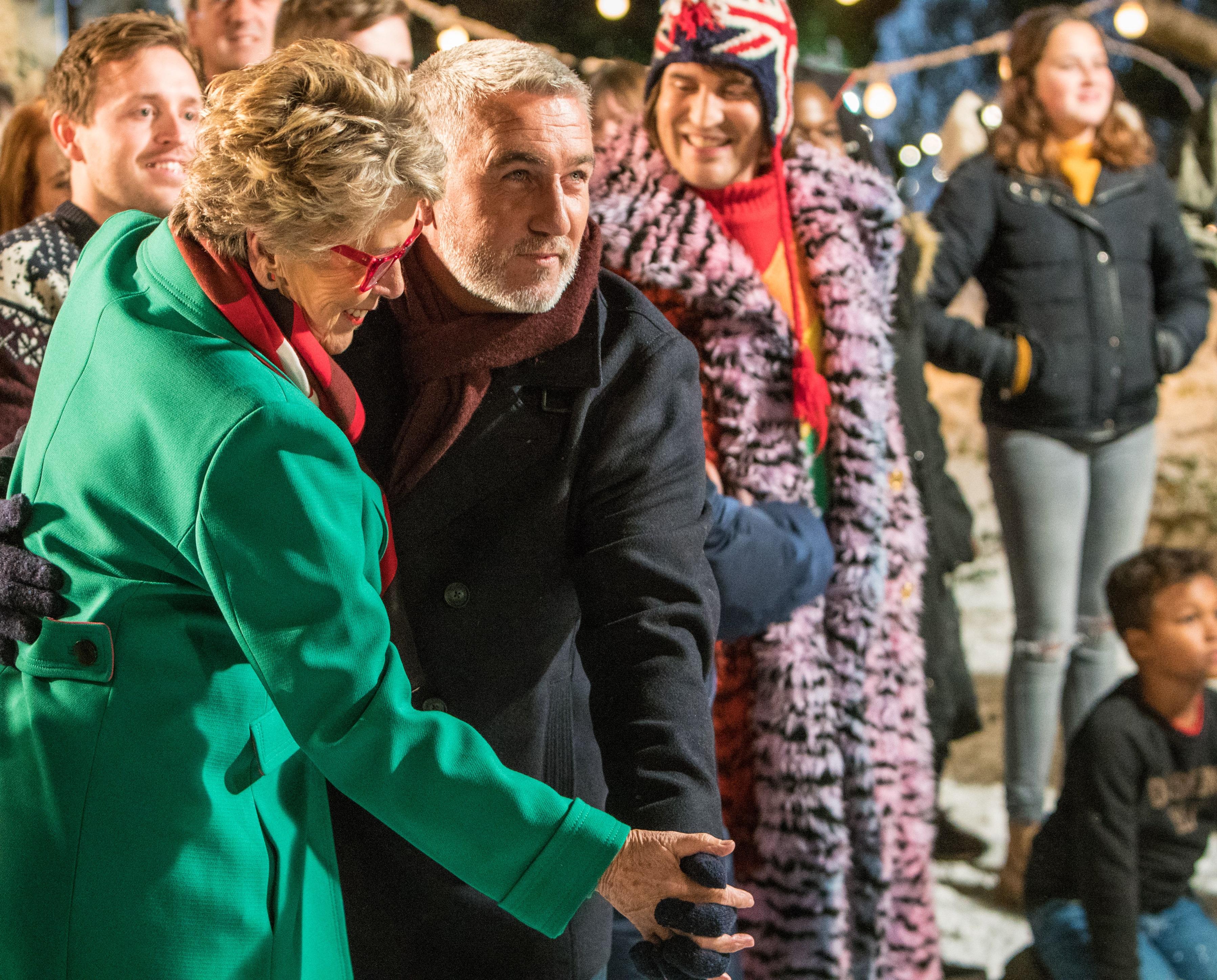 But there was no stopping judges Paul Hollywood and Prue Leith s they put their best feet forward for the close of this year’s festive baking spectacular.

Paul insisted his dancing was better than any attempt at singing with the band. He admitted: “I could not remember all the words but I remember the chorus. There is a bit of a singalong in there –and we did see Father Christmas fly over the tent.”

But was it really Santa he saw . . . or did Paul just glimpse his own reflection?

DESPITE blowing viewers away on The Voice Kids then wowing viewers in the US on America’s Got Talent, Courtney Hadwin did not triumph on either show. But the gifted teenage singer has still landed the ultimate prize – a recording contract courtesy of Simon Cowell. 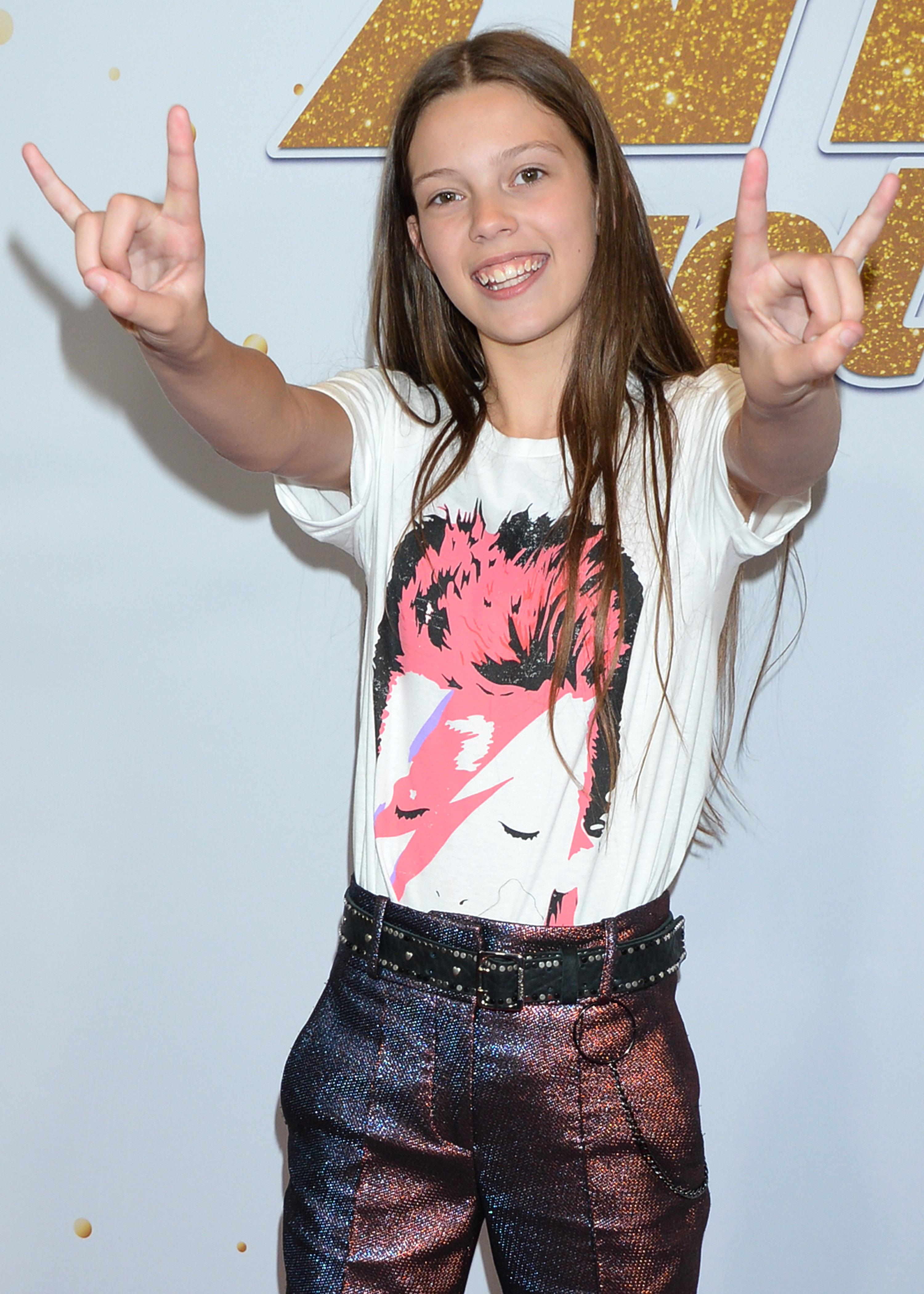 During her AGT audition in June, she performed Otis Redding's Hard To Handle – and went straight through to the September final after judge Howie Mandel hit his golden buzzer.

Since then, Courtney’s performance has been watched online 250million times. Now the 14-year-old has signed with Syco and Arista, and the finished record featuring original songs will be released next year.

Simon said: “Courtney is an amazing artist.  I will never forget her first audition on the show this year and now we have the opportunity to work with her.”

Next month, Courtney, who comes from Hartlepool, will also appear on America’s Got Talent: The Champions, where contestants from the various “Got Talent” shows around the world get to perform. It’s nice to see a genuine talent getting the recognition they deserve.

THE truth is finally out and Mick is back in EastEnders – but he is still haunted by what Stuart put him through.

Meanwhile, Hayley and Cherry move back in with the Slaters. Kat is shocked to spot the elderly man she knocked over a few weeks ago and makes herself scarce. Alfie tries to comfort Kat at the

Queen Vic and she fills him in on what Maurice told her about Charlie that day.

In Emmerdale, Pollard agrees to watch the shop while David and Maya rekindle their relationship, leaving Jacob jealous. David is concerned about Jacob’s sulky attitude and Maya offers to talk to him.

In Hollyoaks, Darren is upset Mandy hid the truth but Nancy and Jack convince him to go to the scan. Later, the doctor confirms the baby has spina bifida.


WHY? Over three nights, this adaptation of Andrea Levy’s novel about the life of a slave in 19th Century Jamaica stars Hayley Atwell and Sir Lenny Henry.