Thankfully, a seventh season of the popular Walking Dead spin-off is already in the works, and showrunners Andrew Chambliss and Ian Goldberg are currently deep into production. As the wait for Fear the Walking Dead to return to AMC continues, they’ve recently teased what could be next for Morgan Jones (played by Lennie James) and Grace Mukherjee (Karen David).

The latest season of Fear the Walking Dead came to a devastating conclusion on Sunday, with several loose ends to be picked up in the next instalment.

In the wake of a destructive missile launch, Morgan and Grace hunker down in the submarine and prepare themselves to end it on their own terms rather than succumb to radiation poisoning.

Just in the nick of time, a zombified Rachel (Brigitte Kali Canales) had managed to crawl her way back to the sub, bringing the baby Morgan with her.

Having been reunited with his namesake, the original Morgan is reinvigorated with hope for the future, though Grace doesn’t appear convinced. 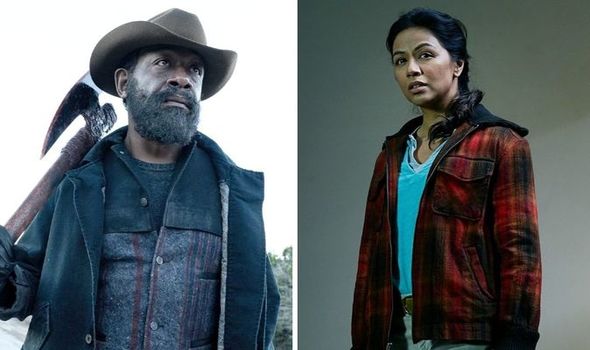 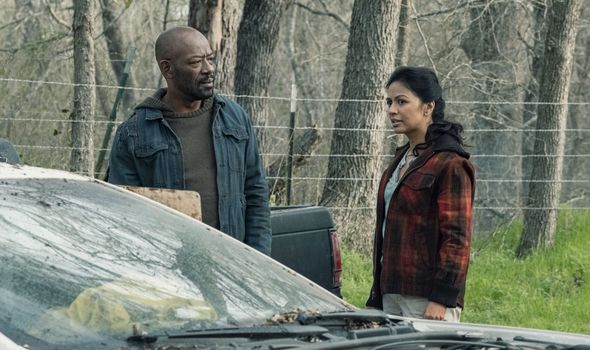 As the spin-off series heads into another season, the new parents will have to decide whether it’s worth fighting for their lives to keep the baby safe.

After touching on the death of Dakota (Zoe Margaret Colletti) and a new direction for the villainous Victor Strand (Colman Domingo), they confirmed Morgan and Grace will once again play an integral role when the show returns.

Chambliss teased: “I think there’s going to be a lot of really interesting stuff ahead.” 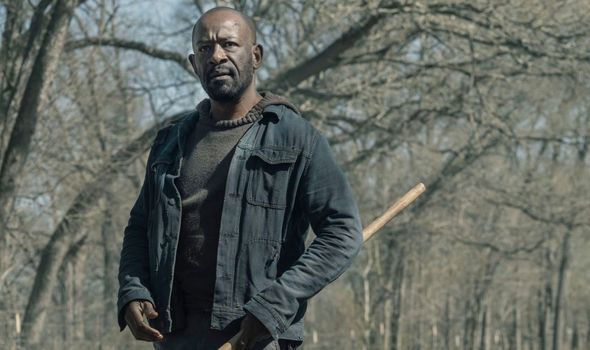 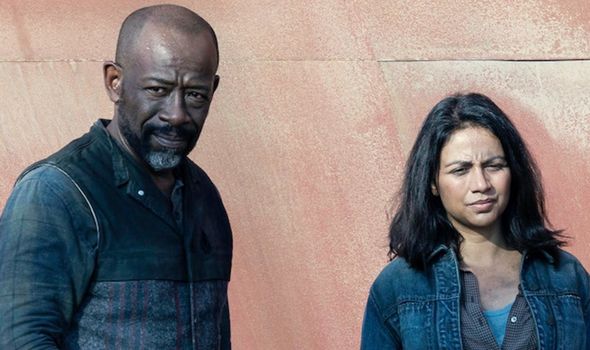 “I think people will find that some characters, as we saw with Victor Strand in that tower at the end of this episode, he’s in a place where he may be able to thrive.”

Unfortunately, The Walking Dead franchise has a long history of letting corruption and self-interest rise to the top, whilst the rest of the survivors are left to pick up the scraps.

Plus, with a new baby under their wing, Morgan and Grace will face even more challenges as they struggle to make their way through the harsh, post-apocalyptic wasteland in the coming episodes.

The co-showrunner continued: “Whereas other characters like Morgan, outside the submarine with Grace, and the baby are perhaps going to find themselves in places that are almost impossible to live in.”

“It’s the differences between how characters are able to survive that is really going to drive a lot of the conflict going forward.”

His comments struck a worrying chord with some fans, who have seen Morgan grow on screen since the first ever episode of TWD’s original series.

Having already realised they’ll eventually start feeling the effects of radiation poisoning, their chances of surviving season seven have once again been slashed.

Plus, seasoned star Lennie James has already spent over a decade popping in and out of his recurring role as Morgan Jones in both TWD and its ongoing sequel series.

Last week’s finale already proved Morgan and Grace were prepared to end their lives rather than face a prolonged, painful death from radiation.

Now the baby Morgan’s survival has become their top priority, either the adult Morgan or Grace may find it necessary to sacrifice themselves in order to give the child a better chance.

So far, specific plot details are being kept under wraps, though the showrunners also hinted Victor Strand will be taking centre stage as the main antagonist of season seven.

Luckily, the series is already deep into filming the coming episodes, so viewers shouldn’t have to wait too long for their burning questions to be answered.

Fear the Walking Dead is available to watch on AMC.