After three years of near but not quite near enough, SBS is prosecuting its most aggressive play for a win at the Eurovision Song Contest since formally entering the competition in 2015.

The broadcaster has named the first performers who will compete for Eurovision glory at Australia Decides, a pre-competition playoff intended to put our representing artist and song to a national vote. 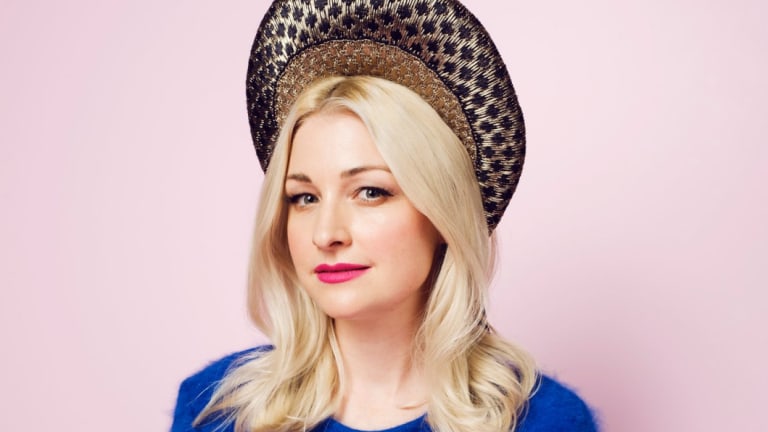 Kate Miller-Heidke is among the first artists to sign up for Eurovision: Australia Decides.Credit:James Brickwood

Helpmann-award winning and Aria and Apra-award nominated singer Kate Miller-Heidke said she felt vulnerable putting herself in the hands of the Australian voting public.

"I've never done anything like this before," she said. "I do feel vulnerable putting myself out there in a competitive setting. I'm trying to ignore that element and thinking of it as a very eclectic celebration of Australian music.

"I think there will be a lot of solidarity amongst the performers," Miller-Heidke said.

"The fact that this is the first time the show has ever taken part in Australia and letting the public decide who gets to go to the Eurovision Song Contest 2019 is really exciting for us," they said.

"It will be an historic television event that we look forward to being a part of."

Australia made its debut at Eurovision in 2015 when Guy Sebastian performed Tonight Again and placed fifth in the competition.

He was followed by Dami Im performing Sound of Silence in 2016 (placing second in the final), Isaiah Firebrace singing Don't Come Easy in 2017 (placing ninth) and Jessica Mauboy singing We Got Love in 2018 (placing 20th).

Next year will be Australia's fifth year in competition.

Though the question of Australia's participation is still the subject of some eyebrow-raising, as it the slighty more perilous path of what do if we win it, head of delegation Paul Clarke says we are in the competition intending to win.

"We can absolutely win this competition," Clarke says.

"When we were standing with Dami and so far ahead in the jury results I felt if we could get third in the public vote we could win and we came fourth so we missed by a whisker," he said.

The closest to outright victory Australia has come was Dami Im's performance in 2016; the Korean-born Australian singer-songwriter placed second in the competition.

Were it not for changes made to the competition's scoring system that year Im would have actually won, triggering an unprecedented win which would take the competition's crown out of Europe for the first time in its history.

It is customary that each year's winner host the following year's Eurovision Song Contest; the plan should Australia win is that SBS would "co-host" the competition with a European broadcaster in a European capital.

That plan, unusually, puts an Australian win in the strategic interest of some European countries who are not strong contenders at Eurovision who see an Australian win as a chance to secure the competition and the tourism boom which follows it.