Sweet Tooth season two will be “bigger and better” but “darker” than the first episodes, said star Dania Ramirez. Speaking to HELLO! as part of our 2023 TV and film issue, Dania shared that the upcoming second season will “pull at your heartstrings so much more this season”.

The hit Netflix show is set 10 years after the collapse of society when a virus wiped most of the world’s population, leading to the mysterious emergence of hybrid babies that are born part human, part animal. Hybrids are both feared and revered by humans, and the show follows 10-year-old Gus as he leaves his house in the wilderness to find his mother following the death of his mother.

Dania stars as Aimee Eden, a former therapist who created and is trying to protect her sanctuary for hybrids.

“I am so excited for the world to get a peek at season two,” Dania shared. “I’ve watched a little during my ADR sessions and I can tell you that it is bigger and better, there will be more tears, it pulls at your heartstrings so much more this season.

“It’s a beautiful show, it’s a beautiful story, the cinematography is still going to be incredible but in season two we are at war so things are getting darker this season and it’s exciting.”

Exclusive: New Girl’s Hannah Simone on why new series Not Dead Yet is breaking more boundaries 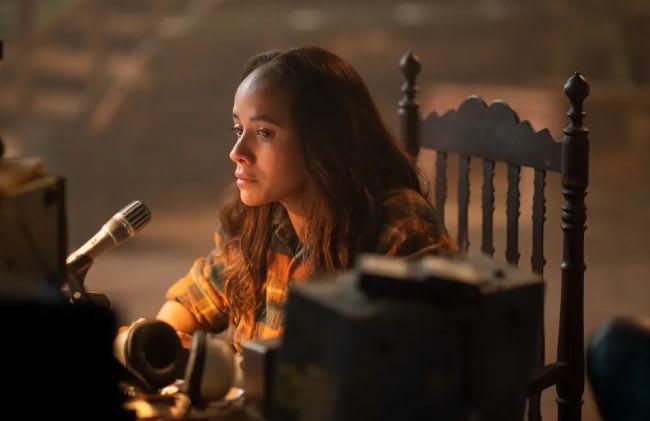 Sharing her thoughts on the success of the show, Dania revealed that she felt “Sweet Tooth was really a big part of helping people during the pandemic”.

“It’s just been such an amazing experience to be a part of that show as well, and I’m telling you, I cannot wait because Aimee Eden has such a journey in season two,” she continued.

“It’s going to be so interesting to look back at how she started as a therapist to where she ends up. It’s night and day”.