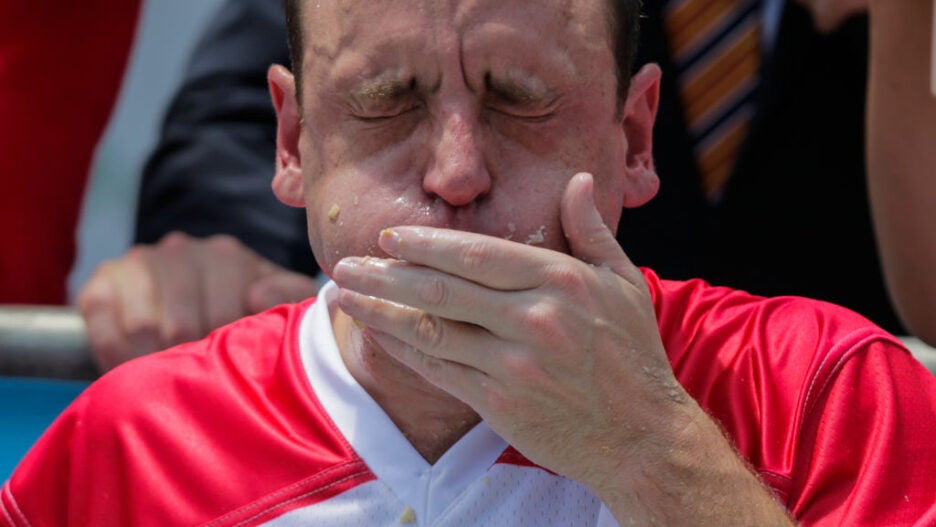 Videos of the broadcast shared on Twitter showed the competition’s video feed cutting out right as Chestnut finished his record 76th hot dog, beating his previous high for the most consumed in 10 minutes. Chestnut has now won the Nathan’s title in 14 of the last 15 years, losing only once to Matt Stonie in an upset in 2015.

But instead of the usual tongue-in-cheek praises of Chestnut’s heroic digestive system, Twitter was filled with outrage that the historic moment had been ruined by technical difficulties…along with a few “Infinity War” references.

Regardless of the broadcasting disaster, Chestnut has continued his reign as the most famous competitive eater in the world, now having eaten 1,089 hot dogs over the course of his Nathan’s career. That’s roughly 163,000 calories consumed in just under three hours of eating time. In just the first three minutes of this year’s contest alone, Chestnut downed 30 hot dogs, putting him on pace to clear his previous record of 75 dogs.