Charlie Mullins says UK should have ‘no jab no job’ policy

Charlie, 68, has made his views on the coronavirus vaccine very clear since it went into circulation late last year. As the boss of Pimlico Plumbers, he has said he would be willing to let employees go if they were unwilling to get the jab to protect those people whose homes they would be entering. Speaking on GB News, the businessman reiterated his point as he discussed the notion it will become compulsory for care home workers to get the vaccine within 16 weeks or risk losing their place working on the front line.

Presenters Kirsty Gallacher, Darren McCaffrey and Nana Akua had been discussing the story all morning on The Great British Breakfast and they all had very different views on the matter.

Joined by Charlie, they asked him what he thought of the Government notion for care homes that will be coming into effect in the next few days.

The businessman said anti-vaxxers would not be able to work or travel if they didn’t get the jab in order to protect the elderly and vulnerable who are more susceptible to the virus.

“Don’t jeopardise everyone who is willing to have it,” he told those who were watching at home, referring to normal life resuming in the near future.

“This was always going to be happening. Everyone needs a jab to work, end of story,” Charlie declared. 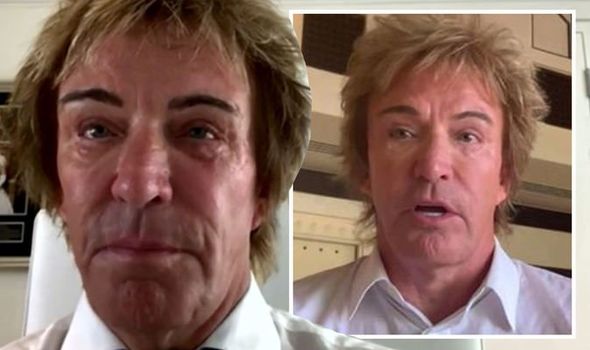 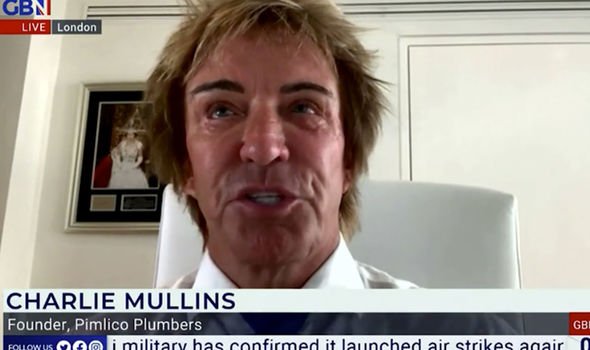 The Pimlico Plumbers boss added: “Why would you put elderly people at risk because a minority of people don’t want the vaccine?

“[These anti-vaxxers] keep going on about human rights. No, the world has changed. You should give them no furlough money if they’ve not had the jab.

“Why are these people causing a big scream up over nothing?” he raged as he reiterated people “wouldn’t have a job” if they worked for him without a jab.

Darren asked the businessman if he would be willing to take the same approach if someone at his company didn’t have the flu jab. 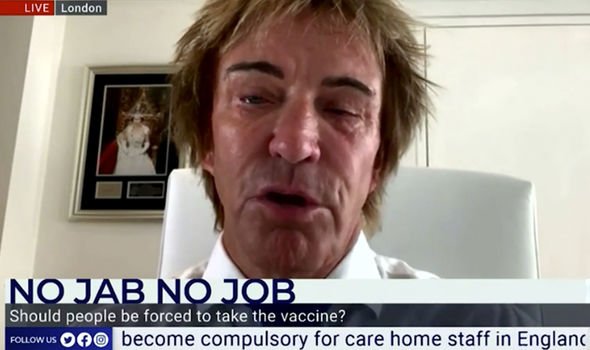 This was always going to be happening

Nana agreed with Charlie as she told her co-star “you can’t compare the two” with the businessman going on to explain his stance a little further.

“If you’ve got a bad dose of flu, it’s going to impact you more than other people. Coronavirus is affecting more people.

“If you join the army, you’ve got to have the medical,” he declared, strengthening his argument about asking people to get the vaccine to work.

“Stop making a big thing of it. This is where we are in the world. No jab no life,” he told the presenters.

Taking to Twitter, those watching at home shared their views on Charlie’s stance, with one writing: “I can’t stand that Charlie Mullins.

“Fancy being arrogant enough to force all your staff to get the vaccine and putting it into their contract. I’m pro-vaccine, but that would be enough for me. I would tell him to shove his job up his backside #GBNews,” they continued.

Another posted: “Charlie Mullins, having the jab doesn’t mean you’re immune from getting the virus – ergo (that means, therefore) it can’t stop you from passing it on if you get it.”

“It just makes it a milder infection if you’ve been jabbed…understand??? Probably not #GBnews,” they continued.

More than 30 million people across the UK have now received both doses of the coronavirus vaccine as the rollout ramps up a gear to combat the spread of the Delta variant.

The NHS declared earlier this week that all adults over the age of 18 would be invited to book their jab by the end of the week.

From Wednesday morning, people over the age of 21 will be able to join the queue and book both of their vaccines.

GB News’ The Great British Breakfast airs weekdays from 6am.