Emmys 2021: As the TV landscape explodes and the amount of content becomes downright overwhelming, voters turn more and more to familiar favorites 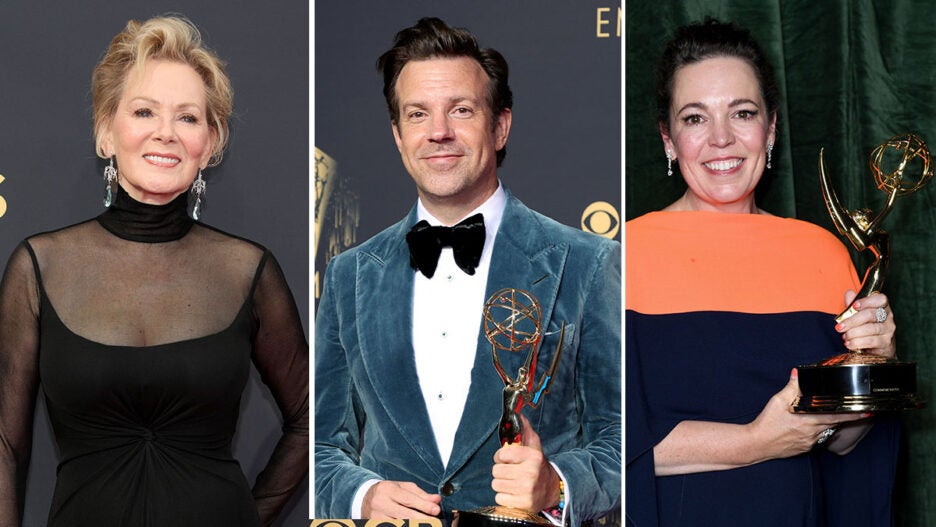 Are Emmy voters lazy, or do they just really, really love every single thing about their favorite shows?

You could have asked that question after the 2020 Emmys, when “Schitt’s Creek” became the first series to sweep all seven comedy awards handed out on the Primetime Emmys telecast: lead actor and actress, supporting actor and actress, writing, directing and Outstanding Comedy Series.

You could ask it again after this year’s nominations, which resulted in categories like Outstanding Supporting Actress in a Drama Series, with four nominees from “The Handmaid’s Tale,” three from “The Crown” and only one from any other show.

And you could ask it after Sunday’s 73rd Primetime Emmys, when “The Crown” did its own version of last year’s “Schitt’s Creek” sweep, becoming the first show to ever win all seven drama-series categories presented on the show. 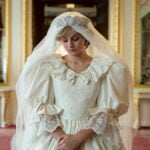 Even when voters pulled surprises, such as giving the lead-actress award to Olivia Colman instead of Emma Corrin, they stuck to the British drama, pushing out the likes of Billy Porter, Mj Rodriguez and Michael K. Williams to help seal an all-white slate of acting winners despite a record number of nominees of color. (By contrast, at the Creative Arts Emmys last weekend, six of the seven acting winners were Black.)

Emmy voters made their single-mindedness clear from the start, with the first 70 minutes of Sunday’s ceremony made up of nothing but little sweeps: “Ted Lasso” won two comedy awards, then “Mare of Easttown” won two limited series awards, then “The Crown” won four straight drama awards, then “Last Week Tonight With John Oliver” won two variety-series awards.

So it came as a relief with “Saturday Night Live” only won one Emmy — although, to be fair, that one goes with the seven it had won last weekend at the Creative Arts shows. And then the Emmys went straight into another sweep, with “Hacks” taking Emmys for comedy writing, directing and lead actress Jean Smart. 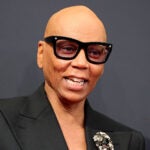 But at least the three “Hacks” awards set up something of a showdown between that show and “Ted Lasso,” both of which had three wins going into the Outstanding Comedy Series category that “Lasso” won. There wasn’t any of that kind of suspense in Outstanding Drama Series, when “The Crown” entered the final drama category having won all six of its awards, and seemingly facing no competition from a slate of fellow nominees that included “The Mandalorian,” “The Handmaid’s Tale” and “Pose.”

But that seems to be the trend in recent Emmys: As the TV landscape explodes and the amount of content becomes downright overwhelming, voters turn more and more to a very small handful of familiar favorites. And the trend may have been emphasized this year, in an Emmy season that was without many of the biggest awards-winning programs of recent years.

This was an Emmys with no “Schitt’s Creek,” “Fleabag,” “The Marvelous Mrs. Maisel,” “Insecure” and “What We do in the Shadows” on the comedy side, or “Succession,” “Ozark,” “Better Call Saul,” “Killing Eve” and “Stranger Things” in drama — the first two because they’ve gone off the air, the rest because they didn’t air new episodes during the eligibility period, in many cases because of COVID-caused production delays.

Maybe that made it easier for voters to settle on a handful of favorites and stick with them, though who’s to say the humanity of “Ted Lasso” or the dramatic Charles-and-Di story in “The Crown” wouldn’t have won even in a fuller roster of contenders? 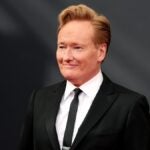 Meanwhile, the category that changes contenders every year, Outstanding Anthology or Limited Series, found a way to actually spread the love: three acting awards for “Mare of Easttown” and another to “Halston” star Ewan McGregor, a writing prize for Michaela Coel’s “I May Destroy You” and directing and Outstanding Limited or Anthology Series honors to “The Queen’s Gambit,” which had already dominated the Creative Arts Emmys with nine awards.

As TheWrap suggested they do in mid-July and again in August, the Television Academy and the show’s producers even opted to move the limited-series category to the end of the night, taking over the show-ending slot usually occupied by Outstanding Drama Series. And the limited-series award was certainly more suspenseful than the drama-series one, which would have been a phenomenal shocker if it had gone to anything other than Peter Morgan’s look at the dirty laundry in Buckingham Palace.

In a way, the problem with voters rubber-stamping “The Crown” and other shows up and down the ballot is that it makes people question whether Emmy voters have really considered the vast TV landscape, or if they simply fall back on what they know. And in a year in which the Emmy race itself has been scrutinized because so many shows weren’t eligible, it can help reinforce the idea that these might have been the Emmys Lite — a show that looks like the Emmys, sort of, but is missing the level of competition and maybe the level of voter engagement they would have had in a normal year.

Is that a fair assessment, or an unfair one that cheapens the achievement of “The Crown,” “Ted Lasso” and “The Queen’s Gambit?” Probably the latter, because those shows are worthy winners — but it also leaves an uneasy feeling about the 93rd Emmys.

Maybe the best thing is to compare them to the 2020 MLB and NBA championships, won by the Dodgers and Lakers after truncated seasons and reworked playoffs. Some sports fans have wondered if those championships were legitimate or should have come with an asterisk — and as a Dodger and Laker fan, I’ve steadfastly argued that they’re completely legit. So I’ll do the same with the this year’s Emmys: The pandemic has wreaked havoc with the whole thing and the voters’ tunnel vision has made it hard to fully embrace the results, but “Ted Lasso” and “The Crown” and “The Queen’s Gambit” don’tdeserve asterisks.