Fans of the show were left speechless by Andrew Scarborough's "incredible" acting in the heart-wrenching scene. Graham was left fighting for his life after being run over by drink-driving Daz.

He survived the horror accident and was discharged from hospital in tonight's episode, but he was clearly struggling as he went off in search of booze.

His torment became clear as he was seen raising a bottle of whiskey to his lips and then collapsing in loud sobs in front of horrified Megan.

Viewers were amazed by actor Andrew's powerful performance and they flocked to Twitter to praise the soap star. 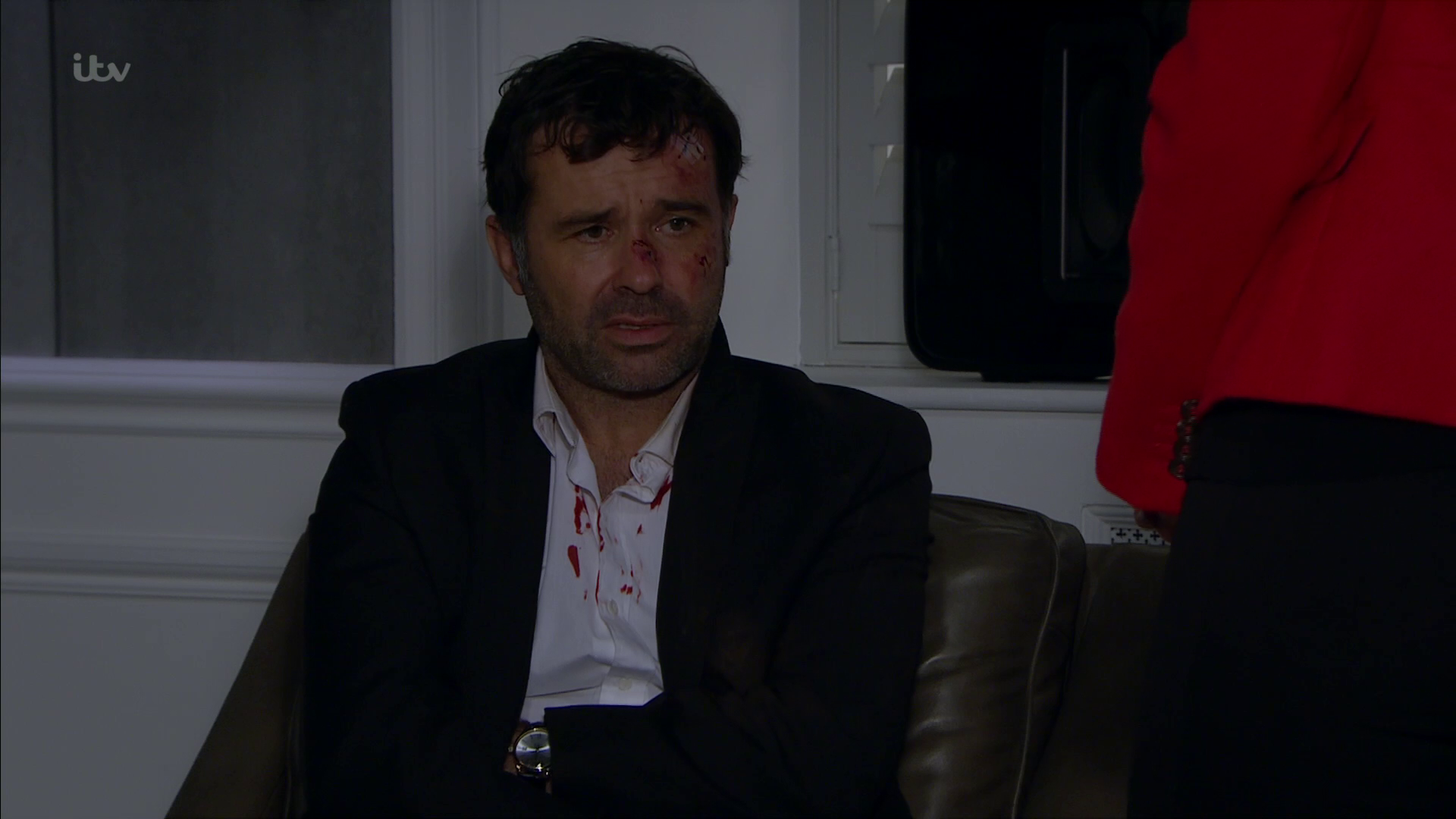 One wrote: "Meghan go to Graham, quick give him a hug, he's having a breakdown! Really great acting from Andrew Scarborough #Emmerdale."

Another added: "Haven't watched emmerdale in a while but wow the guy who plays Graham is such a good actor #emmerdale."

Many struggled to watch the uncomfortable scene and they were left in tears themselves. It comes days after Daz Spencer hit Graham with his car whilst driving drunk.

Fans were left shocked as an inebriated Daz was then seen fleeing the scene and calling the police to report his car stolen.

It all started when he was seen walking home after an evening with his boss.

He spotted his car in a field – as it had been dumped their after Noah, Amelia and Leanna and had gone joyriding in it.

Although he didn't know the kids had taken his car, Daz decided to drive it home – even though he was hammered.

Whilst driving in the dark he spotted Noah's phone ringing on the floor of the car, he tried to reach for it and he hit something. He presumed he had hit an animal and went out to inspect the damage.

Just as he did this, another car pulled up and you could hear them say that a person had been hit.

Daz quickly fled the scene to avoid being arrested and got home a reported his car stolen.

Later the police were seen talking to Noah as his phone was found in the car.

The show ended with it being revealed it was Graham who had been hit.