Mandy (played by Lisa Riley) is excitedly preparing to marry Paul (Reece Dinsdale), but fans of the ITV soap already know that the day won’t go according to plan. The two Emmerdale characters have already faced their fair share of drama, but with Paul’s abuse of Vinny Dingle (Bradley Johnson) set to get worse, it could all come to a head on the wedding day, and fans have speculated a brutal end for Mandy.

Mandy is blissfully unaware that bully Paul is tormenting their son, Vinny, with the violent abuse escalating.

She thinks she has found her happily ever after with Paul, but soap writers have already teased a dramatic wedding for the pair.

Characters such as Mandy, Vinny, Liv Flaherty (Isobel Steele) and Paul could all be potential victims of the life-changing events to come, but Mandy seems to be at the top of many viewers’ guesses at the moment.

Taking to Reddit to discuss the wedding day death, one fan said: “I think something will go wrong and Mandy will end up dying.” 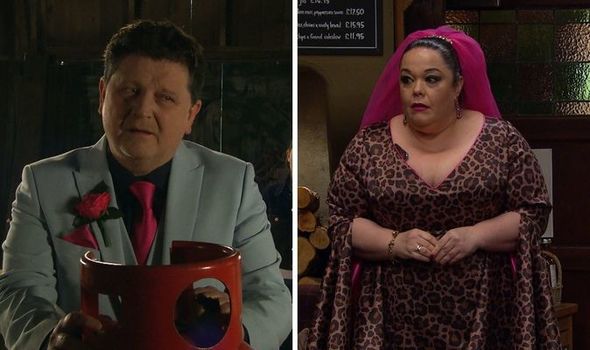 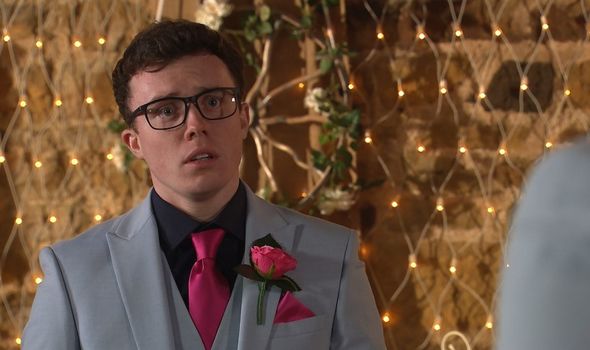 Another responded: “They said the village will grieve for the person. I don’t think it will be Paul.”

One viewer took to Twitter to discuss the theory, adding: “Just Paul please, save Mandy and Vinny please.”

“They better not kill off Liv or Mandy. Hope the truth comes out about Paul,” another added.

Mandy of course has no idea about how Vinny is suffering at the hands of Paul, with devastating recent scenes showing the extent of Paul’s violence towards him. 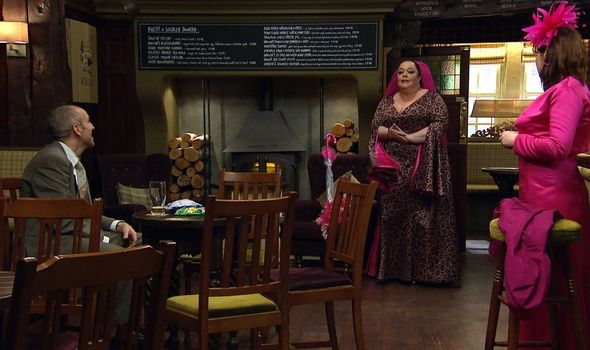 Protective Mandy would undoubtedly be furious if she found out, and it seems likely that she could confront Paul after at the wedding, and if things get heated, he may lose his temper with her.

Paul clearly shows no remorse when it comes to violence, so in order to hide his shocking secrets it is possible that he could lash out at Mandy and end up killing her.

Fans have already assumed that Vinny could unveil the truth about Paul during his best man’s speech.

On Friday’s episode, this theory was certainly teased as manipulative Paul walked in on his son as he was practising his best man’s speech, and forced him to change it.

“I don’t like it son. it’s disrespectful. You’ll need to change it,” he ordered.

Paul then forced him to get a pen and begin changing it.

“You can say we’ve had our troubles, just touch on it. Because all that’s behind us now,” he said, before forcing Vinny to repeat the statement.

He then added: “This wedding is going to be perfect isn’t it, next week is gonna be the best week of my life, you tell me if I’m wrong.”

Were viewers correct in guessing that this had sparked a plan in Vinny’s mind?

If he does choose the speech as his moment to expose Paul, Mandy will certainly be left heartbroken – and Paul will be raging.

It could be that the pair decide to talk things through away from the guests – and Paul, having already lost her due to his treatment of Vinny, could see that Mandy meets her end.

Emmerdale continues on Monday at 7pm on ITV.