Andrea (played by Anna Nightingale) has been a woman scorned for weeks on Emmerdale after finding out her other half Jamie (Alexander Lincoln) was having a secret affair with Belle Dingle (Eden Taylor-Draper). However, she was still hellbent on trying to make her marriage work as she whisked her husband away from the village, hiding from him what she’d discovered. Time away from his mistress is what the heartbroken character thought her lover needed, but she soon discovered her attempts were fruitless. When all is revealed about the affair next week on the ITV soap, it seems a kidnap plot might just be beginning as the mother-of-one and her daughter, Millie (Willow Belle), suddenly go missing.

Following the events of Christmas Day when Jamie discovered he might not have been his daughter’s father, he decided to split from Andrea as he couldn’t forgive her betrayal.

On the night Graham Foster (Andrew Scarborough) was murdered earlier this year, the village vet sought comfort from Belle and they had a one night stand.

Sometime later, Kim Tate’s (Claire King) son told his estranged wife he would give things another go, but he was soon tempted back into bed with his mistress and promised her he would leave his other half for good.

Easter then came around and it was during an egg hunt in the village the mother-of-one discovered the infidelity after she saw them kissing.

Unable to hide her heartbreak, the villager confided in Leyla Harding (Roxy Shahidi) about her husband’s cheating ways and next week sees the pair put their revenge plan in action to expose the love rats, but not everything plays out as the scorned wife had hoped. 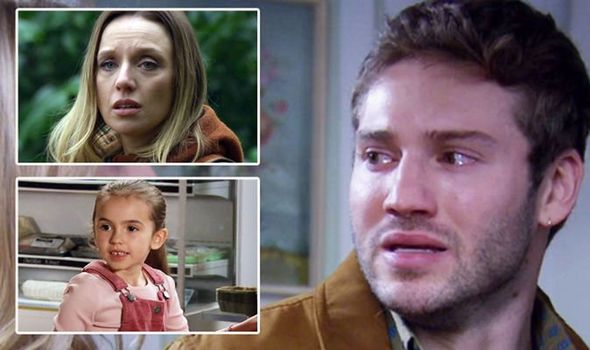 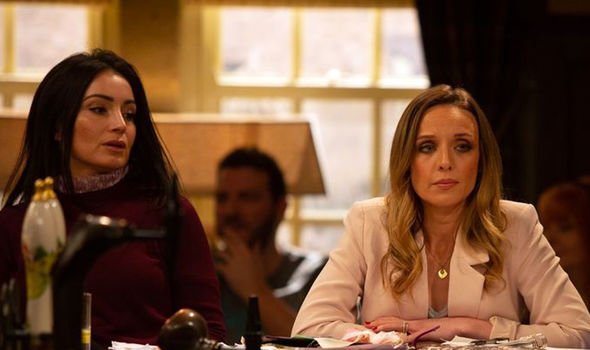 With many of the villagers gathered at The Woolpack for the pub quiz, Leyla takes everyone’s phones to ensure no-one cheats, only to take Belle’s to one side and connect it to the laptop showing the questions.

It’s not long before the residents all find out about the affair between Jamie and Belle as their private messages are shown, much to the love rat’s embarrassment.

Wanting to play the part, Andrea goes along with the fact this is the first time she has discovered anything has been going on between the two vets and ensures she has the villagers’ sympathies.

Playing her face, Millie’s mother storms out and leaves her husband furious with his mistress as he believes she set up the reveal. 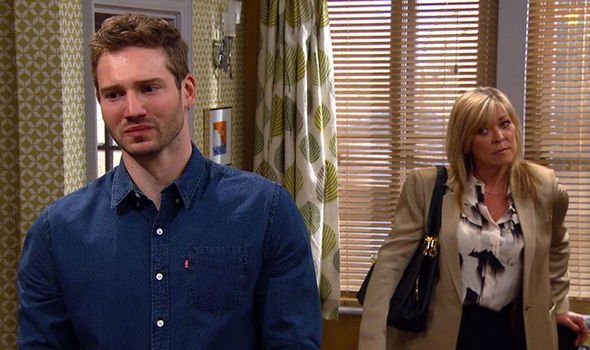 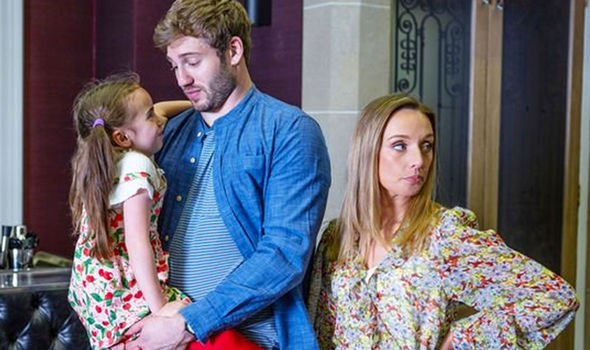 However, instead of worrying about the implications of being exposed, Jamie has bigger problems on his hands when he makes a horrifying discovery.

The father-of-one is left concerned when it appears Andrea and Millie have left the village, with his wife not telling him where she’s gone.

What troubles him further is when Tracy Metcalfe (Amy Walsh) tells him his other half hasn’t taken her belongings with her.

With no purse, cards, money or car on her persons, could it be someone has got payback for the vet and kidnapped her?

One person who could be behind the horrifying move might be Jamie’s villainous mother Kim, who has a track history for getting revenge on those who have crossed her.

The original femme fatale of the village is seen in the picture with her son when he discovers the mother of his daughter and Millie have gone missing.

Following the affair reveal in the pub, the ruthless businesswoman might catch up with her daughter-in-law and tell her she will help her flee the Dales.

Though, she could then turn and explain she’s working in her son’s best interests as it was Andrea who began the chain reaction by sleeping with Graham years ago.

Of course, Kim would want no harm brought upon Millie as she is her granddaughter, but by taking them both, the villain would know her son would lean on her for support.

Only once she has the vet under her control might the femme fatale bring Millie back to the village and explain her daughter-in-law has gone for good.

Having ordered several hits over the years, Jamie’s mother could instruct one of her associates to silence her son’s wife.

If a kidnap plot does unravel, could this really be the end of the mother-of-one and finally give the vet his chance of happiness with Belle?