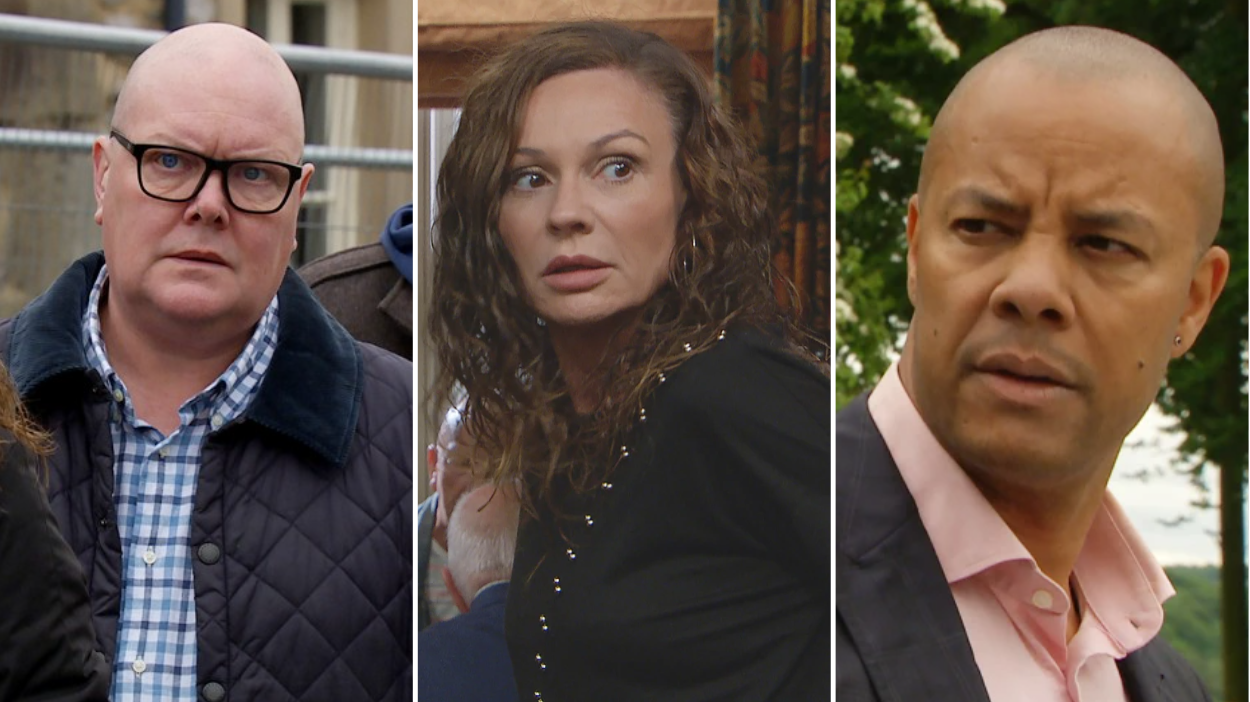 Once again, we’re left wondering just what goes on in Chas Dingle’s (Lucy Pargeter) mind in Emmerdale, as she treated Paddy Kirk (Dominic Brunt) terribly just so she could spend time with Al Chapman (Michael Wildman).

Quick update on the affair storyline – Chas and Al have now started developing feelings for each other, something they absolutely didn’t want to do when they first started sneaking around.

Forever a creature of habit, Chas made her way to Al’s tonight after becoming upset over Faith’s (Sally Dexter) palliative care package.

Al put forward the idea that they should bond even more and spend time together away from the village – a nice cottage, perhaps.

Returning to the pub, Chas was involved in a difficult conversation with Cain (Jeff Hordley) and Faith, who had been told that because her cancer is spreading, her brain will likely deteriorate quicker than her body, so she needs someone to make difficult decisions on her behalf – and she chose Cain.

Faith had given this a lot of thought; she knew Chas would’ve viewed the situation differently because of what she and Paddy went through with baby Grace.

Struggling to accept reality, Chas attempted to tell Paddy about Faith’s news, but he was incredibly busy with work and had to dash away.

Waiting until Paddy was out of the room, Chas harshly stated: ‘No you won’t – you never do’.

This comment had us questioning Chas’ train of thought again. Why does she think Paddy fails to dedicate time to her – when she is the one telling her husband she went for a walk and was actually in bed with Al?

Need we remind you she was nowhere to be seen when Paddy nervously read out his wedding speech for Marlon (Mark Charnock) and Rhona (Zoe Henry) a few weeks ago?

As the episode drew to a close, Chas chose to spend time with Al over Paddy and showed up at his cottage with baby Eve!

When will this end?!