There have been plenty of revelations on Emmerdale farm since Amelia Spencer (played by Daisy Campbell) announced she was pregnant. At first bad boy Noah Dingle (Jack Downham) was in the frame to be the young father, but it came to light it was actually Samson Dingle (Sam Hall) who is the young father after a one night fling.

In the latest episode of the ITV soap, changes in personality and questions over the identity of who is the father of Amelia’s baby shrouded the developments in mystery.

Last week, viewers learnt Samson was the father of the child after a brief romance with his cousin’s partner, while they were separated.

Before that, fans were led to believe Noah would be the father and a reunion would occur between Amelia and the son of Charity Dingle (Emma Atkins) and the late Christopher Tate (Peter Amory).

However, due to the nature of the pregnancy so far, some fans are yet to truly buy into the idea of Samson being the dad. 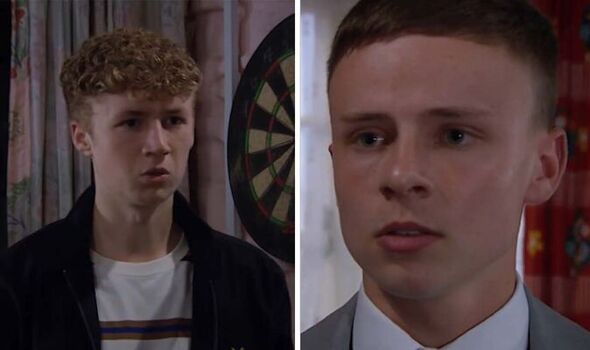 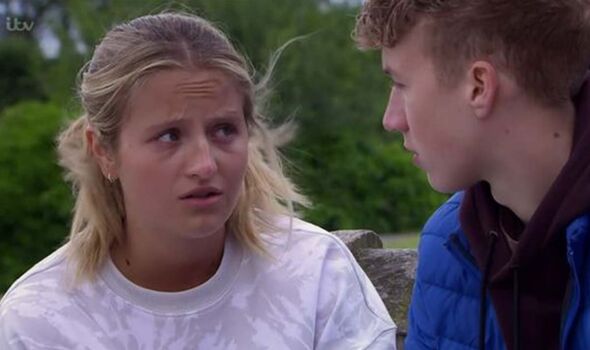 There are more names being thrown into the ring on Twitter, with the Dales latest local love rat Kit (Thoren Ferguson), one of them.

Kit has not been shy in romancing various members of the same family, as he hooked up with Gabby (Rosie Bentham) and her step-mum Laurel Thomas (Charlotte Bellamy).

Fans headed to Twitter to share their theories and user Dragon tweeted: “Emmerdale Samson is no way the real father, it’s Kit all the way and Amelia is lying to protect him.”

Michelle Reid wrote: “My money is on Kit being the father of Amelia’s baby. Watch this space.” 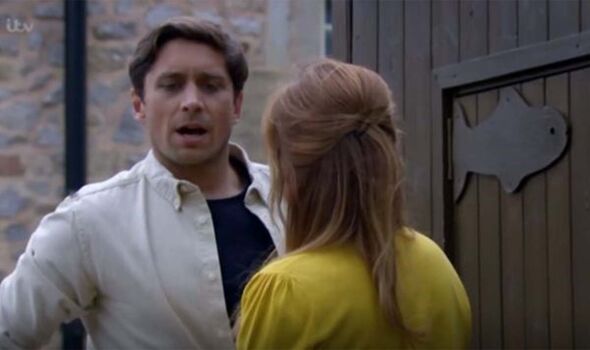 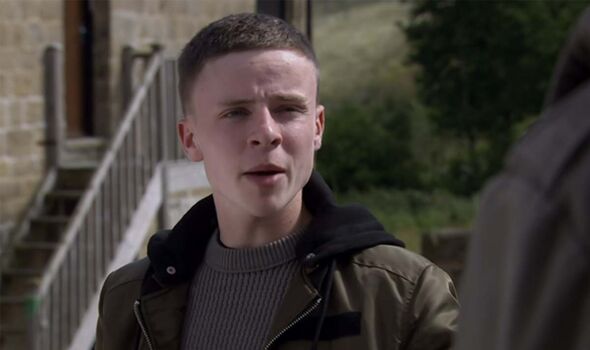 Some believe there is still a lot more drama ahead, with an explosive twist potentially on the horizon.

Jamal tweeted: “I still don’t think Samson is the father. I think Samson will come to terms with the situation, but then there’s a twist.”

St Mick added: “And, just as he bonds with the child, it’ll be snatched away from him. Classic soap formula.”

During the episode, there was a different side to Samson and Noah, with the pair seemingly swapping personas.

Noah’s more reasonable nature shone through as he discussed being accepted by Amelia’s father.

Whereas Samson, lacking any responsibility for his actions, saw a big change to the young man’s persona.

“Now do you all see why The father should have been Noah to begin with!”

Amelia’s pregnancy has drawn in many of the Dale’s biggest characters and the idea of the storyline actually came from the actor and her on screen dad Liam Fox.

Daisy Campbell told Ranvir Singh they both came up with the huge storyline together and show bosses decided to go with it.

The young star explained: “We were like right, we can put this story together. We thought we could just pitch it to producers.

“So we pitched it to them and they were like, ‘Yeah, we will think about it.'”