EMMERDALE viewers were left shouting at their TVs tonight as Jamie Tate forced Belle to choose between him and her family.

Jamie and Belle are moving in together much to the dismay of her protective family. 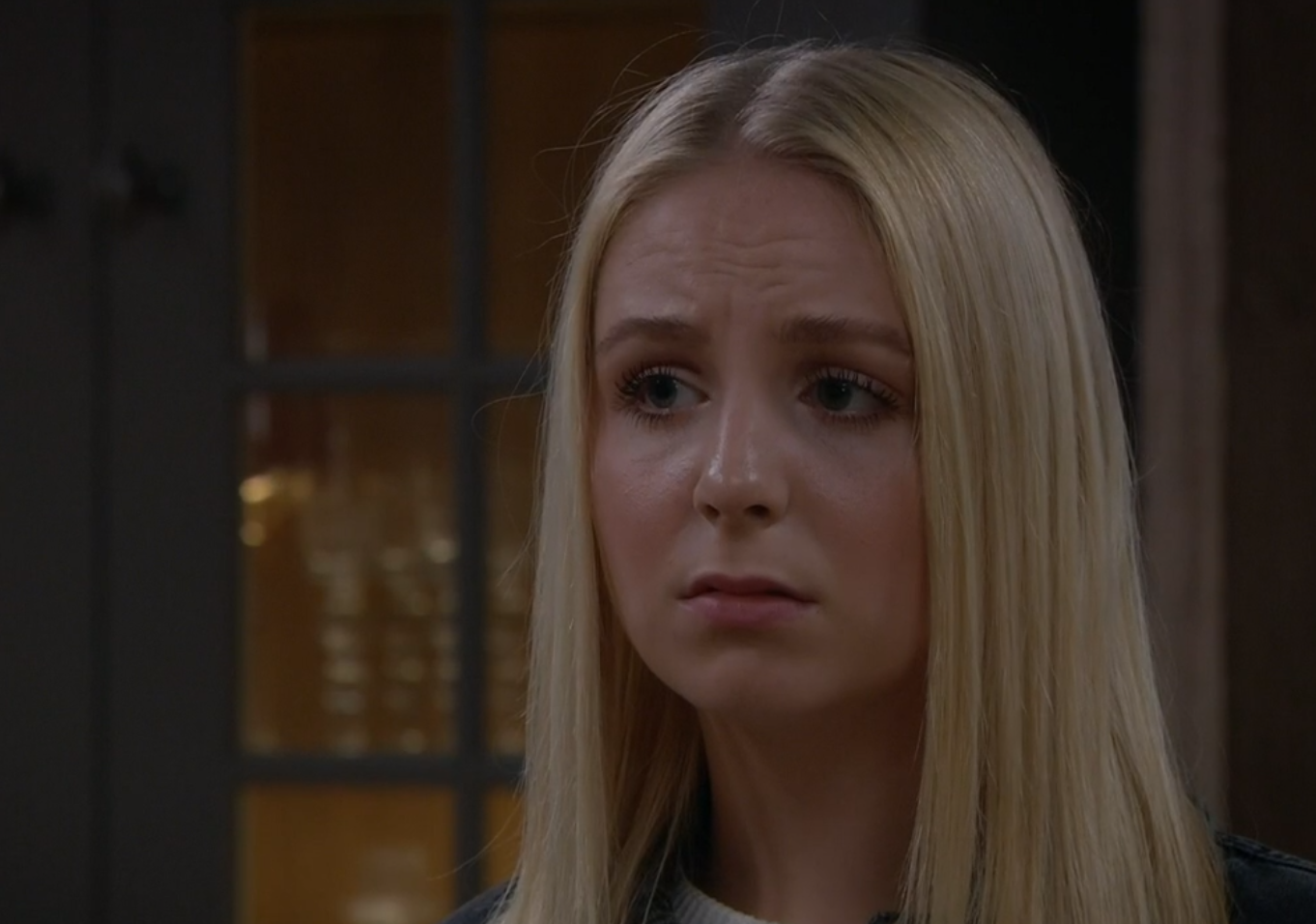 Belle Dingle's brother Sam Dingle warned his sister that her boyfriend will chew her up and spit her out.

"Don't rush it this time, he cheated on his wife, what if he goes back to her again?" Sam fumed.

"They're not our kind of people they just use folk like us and we're worth ten of them, he's just a spoilt little rich kid and he'll get bored of you."

Jamie walked in on their fight and confronted Sam, accusing the Dingles of "manipulating" Belle. 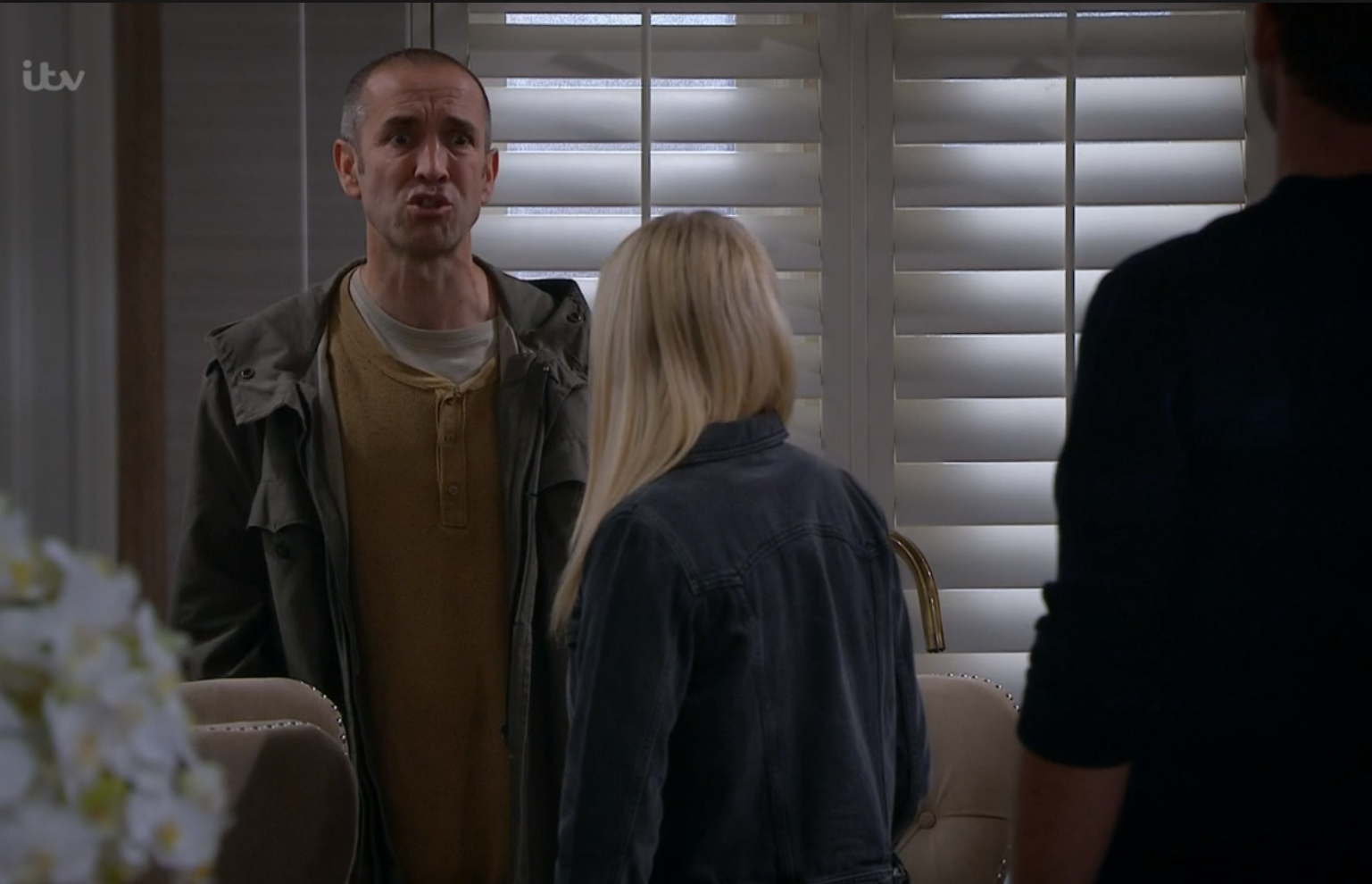 "Sam if you don't like it you know what you can do, go on get out you're fired!" he shouted.

"Where do get off treating us like this? You've brought this on yourself," Belle chipped in.

Later Belle worried that she's severed the ties with her family for good.

The Dingles were desperate to get Belle away from Jamie and arranged an ambush to talk her into moving back into the family home. 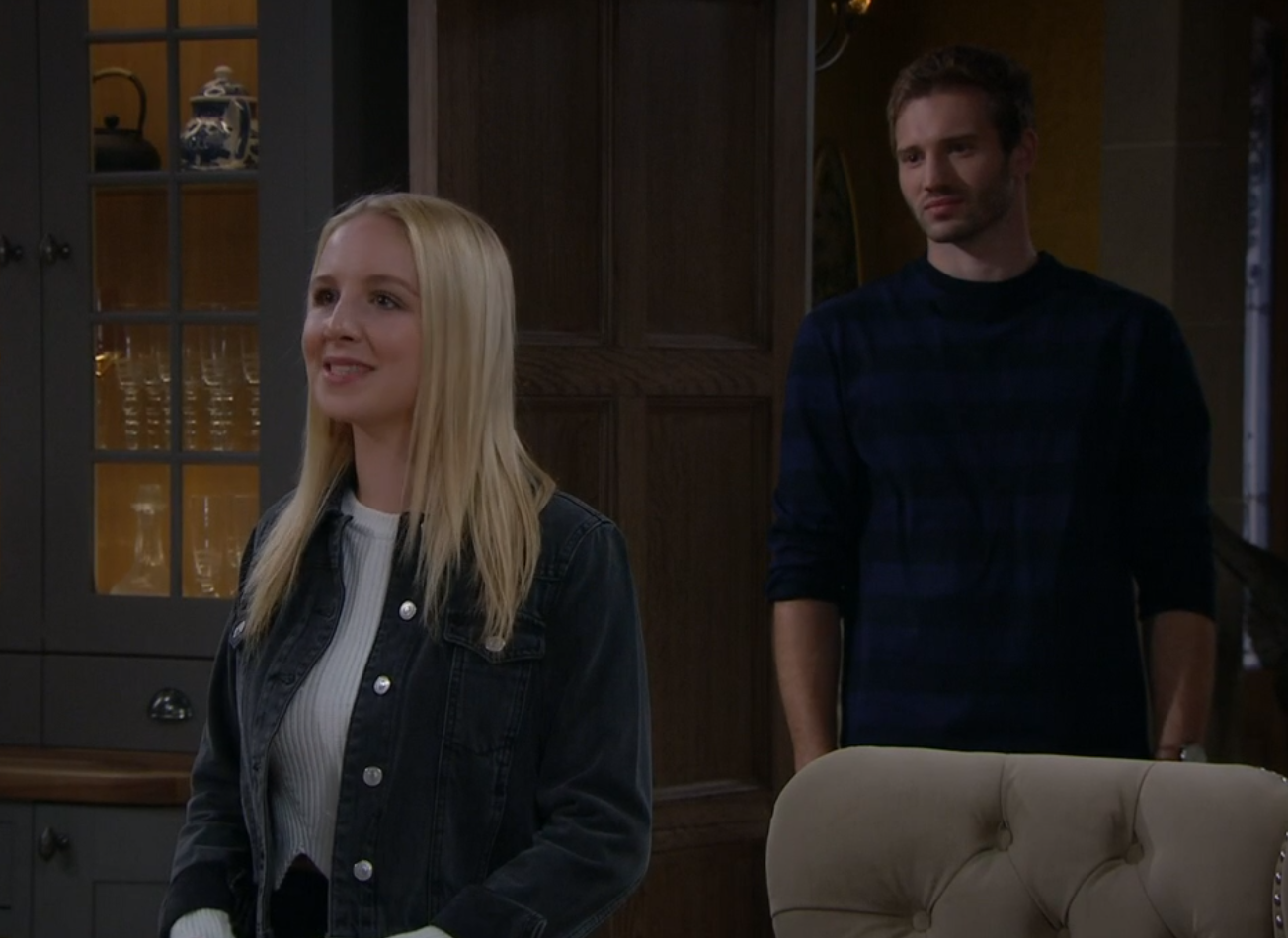 Belle stood her ground and afterwards she sobbed: "They'll never forgive me for this."

Viewers rushed to Twitter to warn Belle away from "evil" and "creepy" Jamie.

One viewer tweeted: "Jamie is manipulating Belle. I think this is the start of an abuse story. 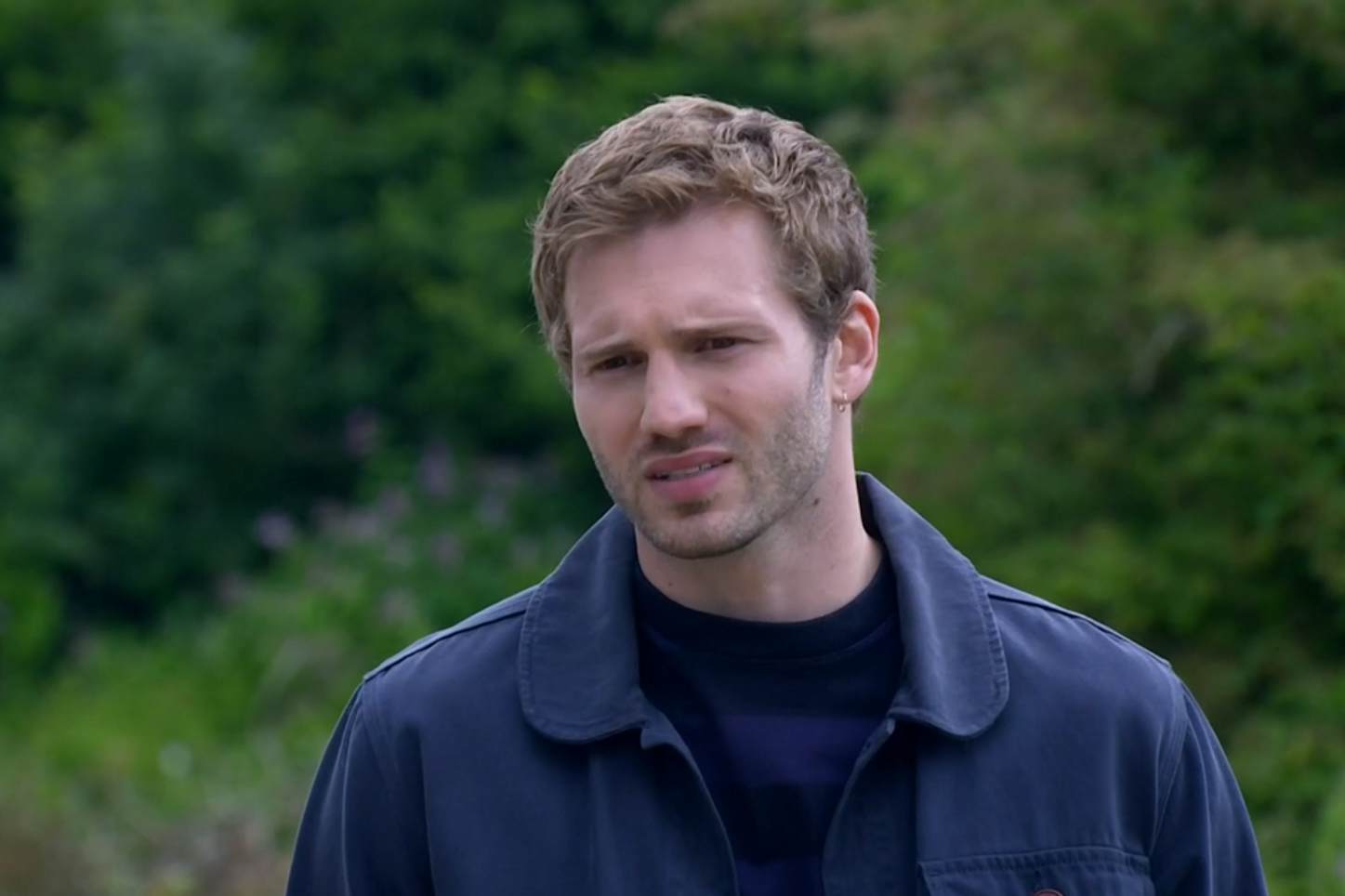 "Shows it can happen to anyone, no matter how strong and intelligent they are. Because victims aren’t stupid or weak."

A third wrote: "Jamie makes me sick. He wanted Belle, but now he’s got her, he’s emotionally manipulating her to isolate herself from her family."

The list of villagers who know about Jamie’s crime is growing after Belle Dingle confessed everything to Nate Robinson in the ITV soap.

Jamie had told Belle about running over her sister-in-law Moira Barton in the hopes that they could run off into the sunset together, despite dumping her a few months back.

Jamie then shamelessly tried to buy Nate’s silence by offering him his silence back at Wylie’s farm and even offered to pay him £5,000. 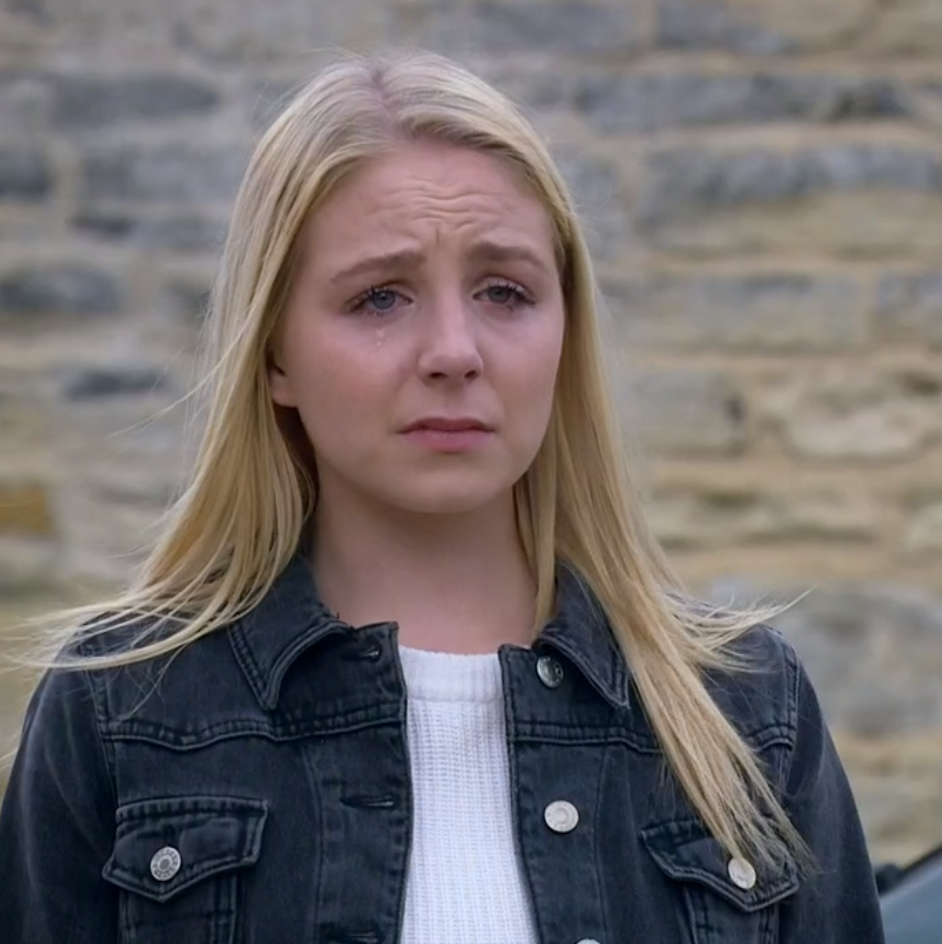 The vet then went a step lower and tried to use Belle’s schizophrenia to keep Nate shtum.

He told Nate: "And what's that going to do to Belle? She'll break down, might even get sectioned again."

A gobsmacked Nate replied: "Are you seriously using her mental health to shut me up?"

Alexander Lincoln – who plays Jamie on the ITV show – has hinted that viewers will see a darker side to his character in the coming weeks.

Speaking to Digital Spy, Alexander said: "With Jamie, I've had a huge scope of things to play with. He's been very combative towards his mum, but has then gone back underneath her wing.

"There's also been some really emotional scenes in the love triangle with Belle and Andrea, and having his daughter Millie around.

"In fact, in the coming weeks and months, it gets even more so, which is great."

Speaking about whether there’s a Tate streak in Jamie, Alexander added: "Jamie has tried and tried to stay away from the Tate line and the Tate way of living. But essentially he feels like he's been cornered with every choice that he's made. Every choice he's made has blown up in his face."