EMMERDALE fans are horrified after Kim Tate filmed her son Jamie having sex with his girlfriend Dawn Taylor.

The scheming superbitch – who is played by actress Claire King in the ITV soap – used her hidden camera to spy on her son’s romp with his girlfriend. 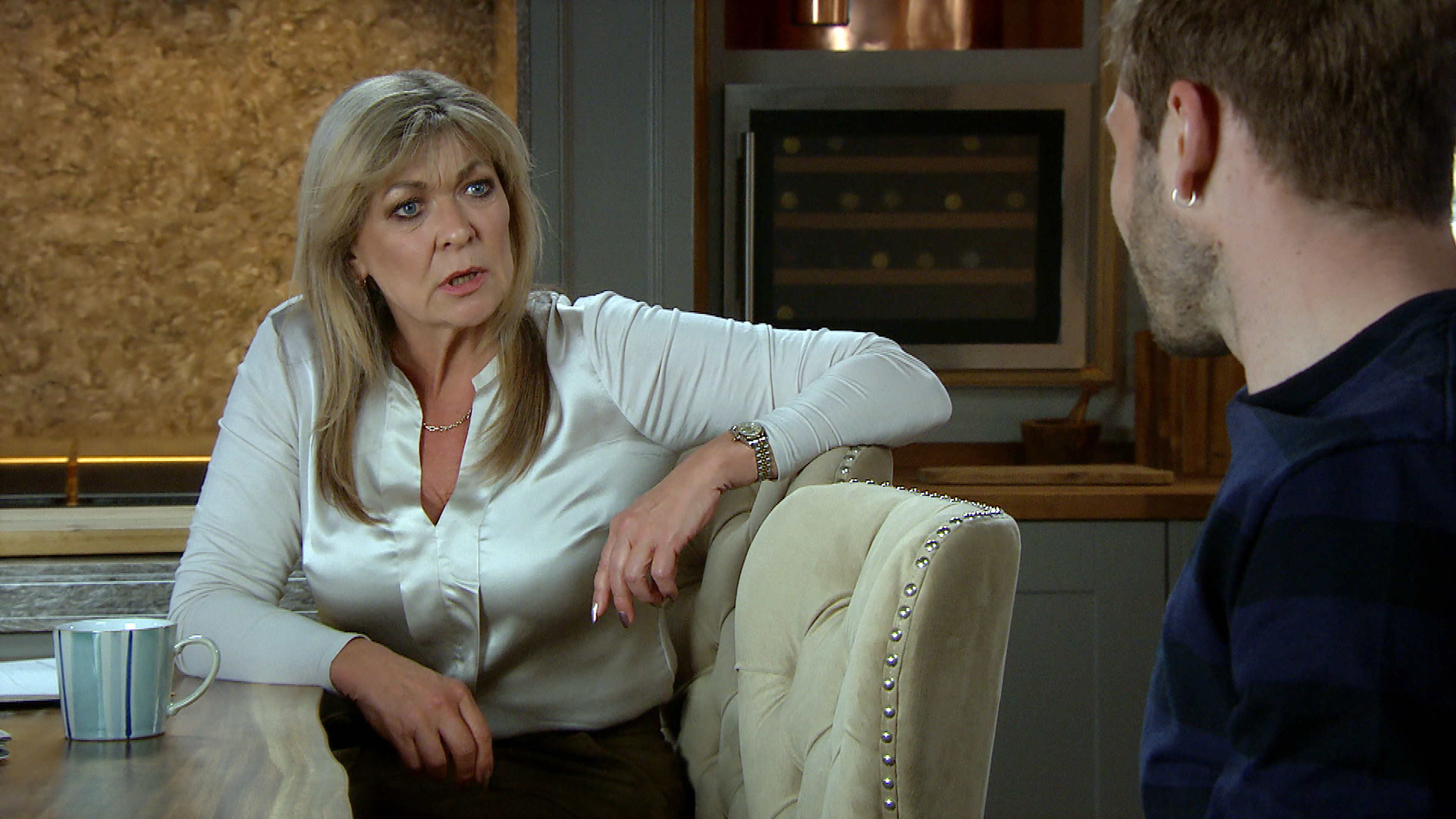 Viewers know Kim has worked out she was being poisoned and has hatched a plan to catch them in the act.

She is using a hidden camera secreted in a horse’s head strategically placed around Home Farm.

But in tonight’s episode it caught more than she bargained for.

After it was revealed that Kim had splurged on Dawn’s dad Will during a shopping trip, she was horrified and told him that he had been bought off. 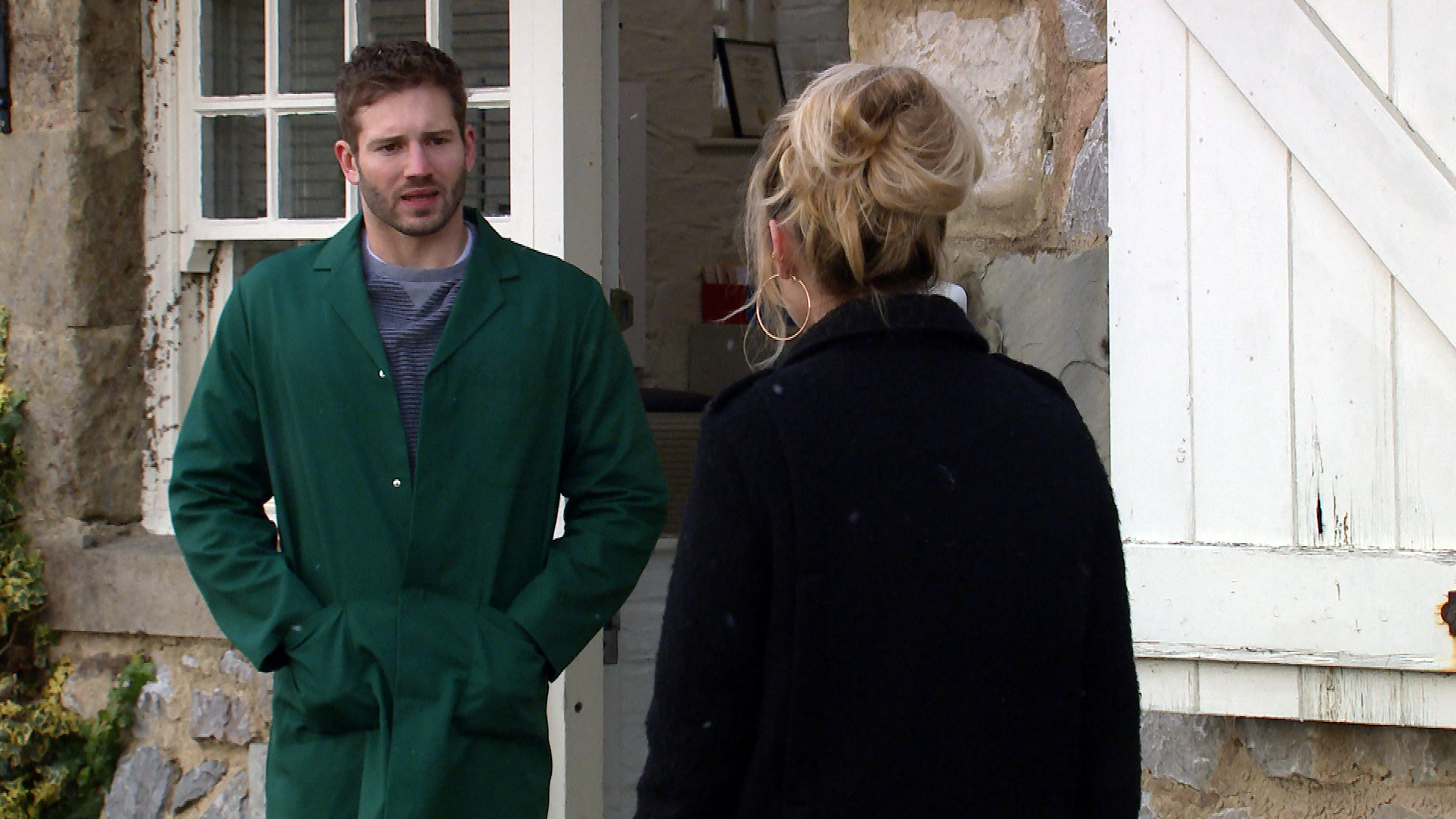 And sick of being caught up in the war between them all, Dawn just wanted to spend time with boyfriend Jamie.

“We’re wasting our lives thinking about other people when all that matters is you and me,” she said.

“Which is why I was wondering if you are free this afternoon. For as much time as you can give me.”

Dawn then led a delighted Jamie into the drawing room where they began romping. 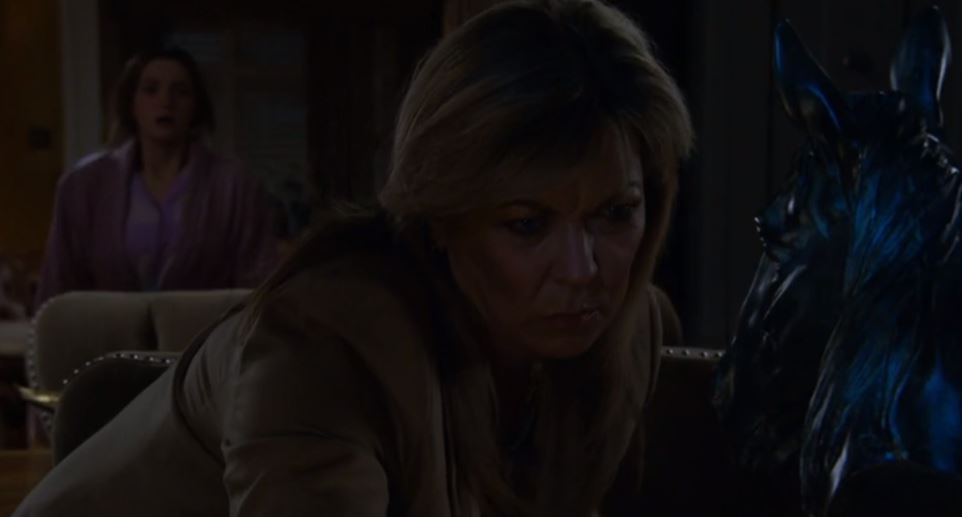 All in front of Kim’s all-seeing horse eye and viewers were completely horrified that she had recorded her own son’s sex tape.

A second said: "How the hell can Dawn and Jamie not spot Kim's Camera behind the ornament!"

Another added: "Kim about to get an up close and personal look at her son and Dawnie!"