Emmerdale fans were left shouting at their television screens last night when they spotted a blunder in a scene involving Dawn Taylor (played by Olivia Bromley) and Kim Tate (Claire King) in the Woolpack. Last week, official soap spoilers revealed the Home Farm owners plan to banish Dawn from her and son, Jamie Tate’s (Alexander Lincoln) life and that involved sabotaging her chance of getting Lucas back. Tonight, those watching at home wondered why Dawn didn’t go to the police to report the incident, claiming it would be “her word against mine”, but with CCTV footage as evidence, Kim wouldn’t get away with her behaviour and viewers wondered the exact same thing.

Walking into the pub, Kim said to Marlon Dingle (Mark Charnock) who was serving on the bar: “Can you get me a white wine please?”

“She’s in the beer garden,” the chef explained but Kim was adamant: “Well, you weren’t exactly pushed to do it when you were talking to Rhona, so can you get my drink first please?”

“I’m sorry, you’ll have to wait,” Marlon said but in a bid to get her own way, Kim poured a nearby glass of water onto the floor causing Marlon to put Dawn’s drink down and go and get a mop and bucket to clear up the mess before someone slipped. 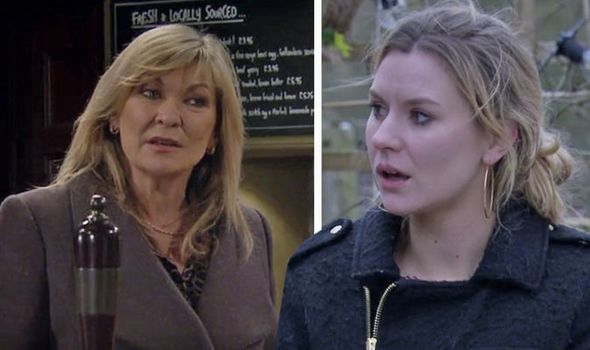 This then allowed Kim to pull a bottle of tablets out of her handbag and crushed onto into Dawn’s orange juice.

Marlon then served Dawn her drink and when the camera returned to Kim inside, she was joined by Gabby Thomas (Rosie Bentham) and then Laurel Thomas (Charlotte Bellamy).

As for what happened to Dawn, she didn’t end up drinking the drink, her father, Will Taylor (Dean Andrews) did and luckily, he didn’t overdose.

Tonight, Dawn told Jamie about what nearly happened to her and when he suggested she go to the police, she argued no one would believe a word she said against Kim. 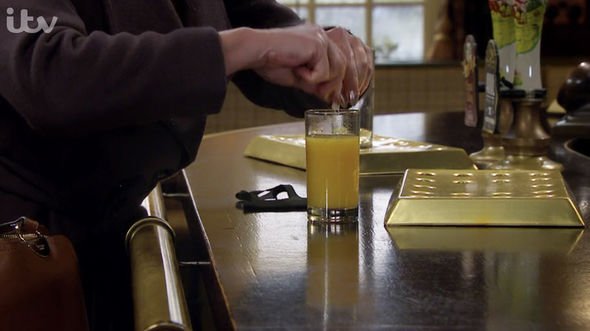 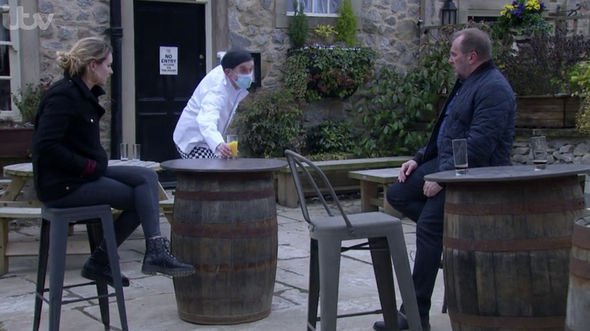 But, while there seemed no one else was in the Woolpack bar to witness Kim’s actions but fans pointed out there would be CCTV cameras.

“Imagine not having CCTV in operation in a pub,” someone else wrote.

A third remarked: “And Marlon just places dawn drink infront of Kim. So she spikes the drink. Isn’t there cctv in the wool pack? #emmerdale.” 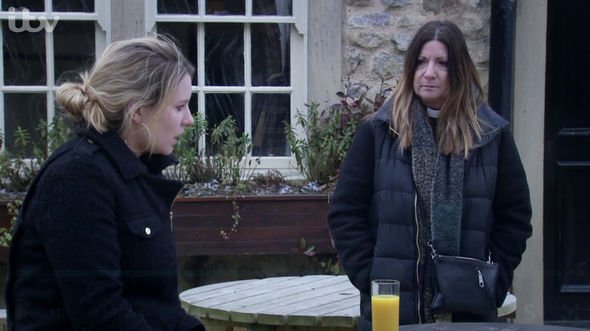