Emmerdale was full of love, loss and revenge in 2020. The year kicked off with a bang with Graham Foster’s (played by Andrew Scarborough) murder and came to a dramatic close with the return of Debbie Dingle (Charley Webb), as well as the potential reconciliation for Rhona Goskirk (Zoe Henry) and Marlon Dingle (Mark Charnock) and the continued spiralling of Charity Dingle (Emma Atkins). But who will be thrust into the centre of proceedings in the New Year?

In recent months, there has been no shortage of drama for viewers to dive into and 2021 promises even more intense storylines.

Back in November, Series Producer Laura Shaw teased what was to come in the New Year.

First of all, she revealed: “A huge secret, it’s going to come out in a truly magnificent way. That’s just going to make everybody gasp, I promise you.”

But what will viewers discover about some of their favourite characters in the Dales and who will be impacted by the huge secret?

One set of characters who will remain in the spotlight is Mandy Dingle (Lisa Riley), son Vinny (Bradley Johnson) and his wayward father Paul (Reece Dinsdale). 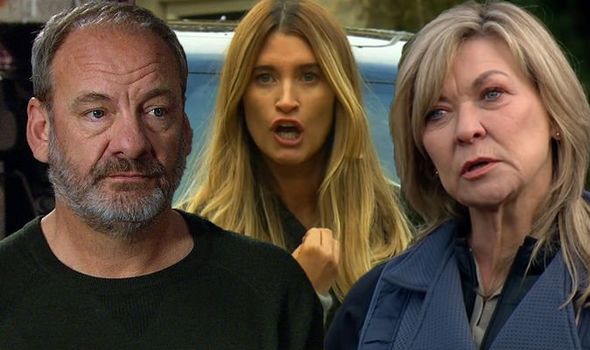 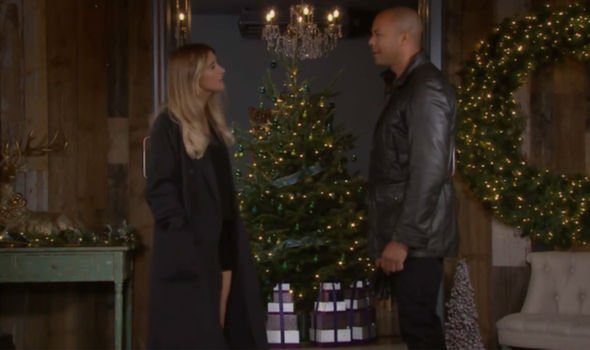 Fans have seen Mandy oblivious to Paul’s abuse of son Vinny as the former’s gambling spirals out of control.

Paul has attacked Vinny on more than one occasion – leaving him terrified – but it doesn’t look as though the teen will escape his dad’s clutches just yet.

Laura commented: “We’ve just finished storyline in a massive chapter in our big Mandy, Paul, Vinny story that’s on-screen now, so keep watching to see how that plays out.

“Because it’s going to be one of our really big stories in 2021 and lives are definitely going to be changed forever.”

But will Vinny manage to pluck up the courage to tell Mandy what’s really been going on with Paul? 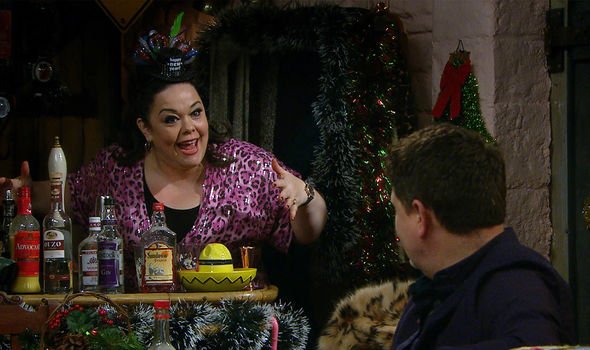 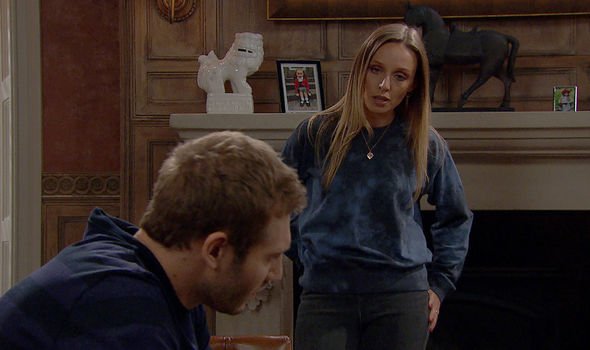 Laurel Thomas (Charlotte Bellamy) and Jai Sharma (Chris Bisson) are another couple who have faced difficulties in recent weeks, which are only set to continue on the New Year.

Viewers saw Laurel and Jai deliberate over whether to keep their unborn baby after finding out the child would be born with Down’s syndrome.

“There’s more to come with Laurel and Jai, of course, because their story does not end with their termination.

“So they’re going to be feeling the effects of the decision they’ve made quite a lot of next year,” Laura explained.

But will they manage to move forward together after Laurel terminated her pregnancy?

Laura continued: “Jimmy and Nicola are going to get a really big shock in the New Year, it results in their whole lives being turned upside down.”

Things have been relatively quiet between the pair in recent months but with the explosive revelation set to come, will they make it through till the end of this year?

“We’ve got more secrets revealed between Luke and Victoria, that’s going to have a big impact on their relationship,” Laura commented.

Luke (Max Parker) and Victoria (Isabel Hodgins) have had an on/off relationship for a number of months but sealed their romance in the autumn.

But with the pair’s initial link to each other proving difficult, with Luke’s brother Lee Posner (Kris Mochrie) having raped Victoria, will there be more devastating news to come?

Finally, Kim Tate (Claire King) made a dramatic return to the Dales at the end of 2020 with fans delighted to finally see her back where she belongs.

“We’ve got some really exciting things planned for home farm and Kim,” Laura promised. “We’re probably going to see a lot of all vulnerable Kim, actually.

“And we’ll see a change in the dynamic in the Tate family and will there be a new heir to the Tate throne? I can’t say, no,” she teased.

Could this hint suggest Jamie Tate (Alexander Lincoln) could be about to become a father for the second time?