Mitch Baker (played by Roger Griffiths) could end up pushing his nephews Finlay Baker (Ashley Byam) and Felix Baker (Matthew Morrison) away in EastEnders. The concerned uncle has been trying his best to support the brothers after the death of Avery Baker (Omar Lye-Fook) but he could end up betraying Finlay when he fears his nephew is taking on more than he can handle.

In next week’s episodes, the day of Avery’s funeral arrives as the Baker/Taylor clan comes together.

The day is an understandably emotional one for the family but the Baker brothers pay a touching tribute to their dad with uncle Mitch.

Later in the week, Finlay and Felix look to the future as they discuss what they want out of their new life in Walford.

The brothers decide they should set up their own market stall and really make the square their own.

Finlay speaks to Honey Mitchell (Emma Barton) about his idea for a food stall and she agrees. 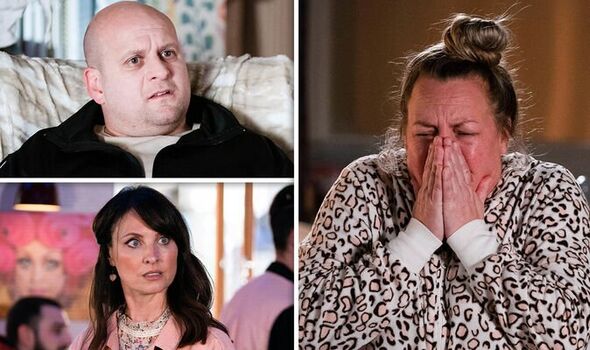 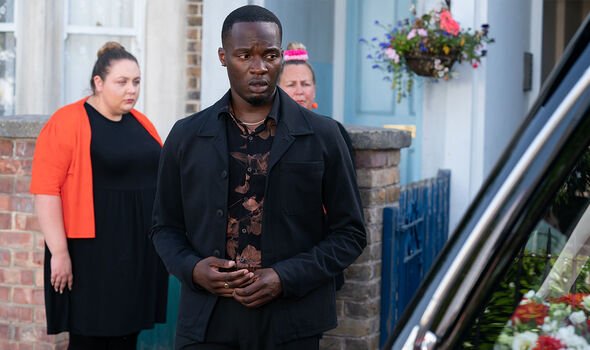 Meanwhile, the Baker/Taylor clan are saddened when Avery’s urn arrives.

She secretly enlists the help of Felix and Finlay to plan a party for her daughter.

Elsewhere, Honey has disappointing news for Finlay when she reveals Mr Lister (Nick Wilton) has rejected his food stall proposition.

The brothers come up with a way to change Mr Lister’s mind but will it work? 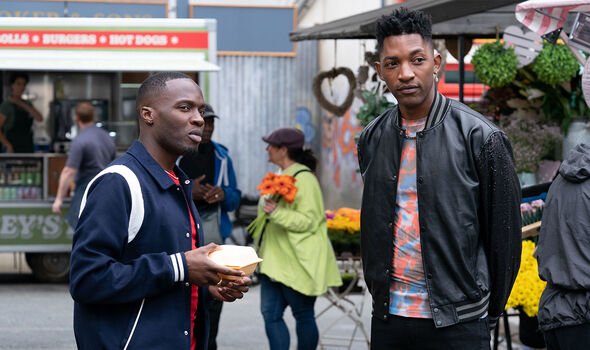 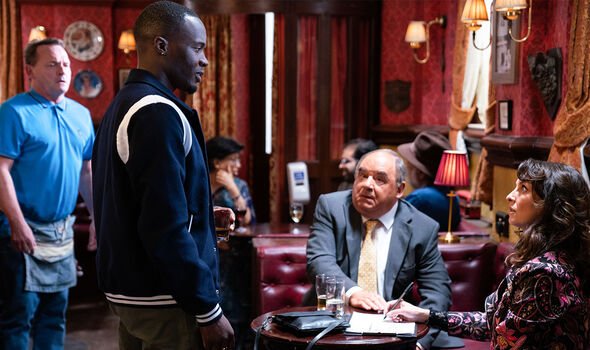 Setting up a stall could be just the distraction Finlay needs to help him cope with the loss of his dad.

Felix and Finlay’s time in Walford has been tainted with tragedy after arriving on the scene when Avery collapsed.

Putting down roots in Walford and doing something the pair find enjoyable could help the brothers and the Baker-Taylor clan move forward.

Mitch has struggled to find the right way to help his nephews but getting involved with changing Mr Lister’s mind could be the perfect opportunity to support the brothers.

Express.co.uk spoke to Bianca Neumann, head of bereavement at national bereavement charity Sue Ryder about the ways Mitch can help his nephews.

She explained: “Activities can often help people to open up. Find a hobby or activity that they enjoy and offer to accompany them – whether that is going for a run, doing DIY, walking or watching sports.

“People often talk better whilst doing something and this may encourage them to open up, whilst also taking part in something they enjoy.”

However, Mitch may feel the brothers are putting too much pressure on themselves so soon after the death of their father.

Could he sabotage Finlay’s chances of getting a food stall on purpose?

Advising Finlay and Felix on how to deal with their grief, Bianca added: “Be kind to yourself.

“Don’t place yourself under too much pressure to be ‘OK’. Emotions come and go and like waves, they can wash over us and seem overwhelming.

“Allow yourself to feel and experience your grief and know that in time, the waves will eventually recede.”

Will Finlay and Felix turn against their uncle if they find out he’s deliberately ruined their market stall plans?

Mitch’s actions would be with the best of intentions but could lead to an already fragile family being torn apart.

Sue Ryder is creating a national movement of kindness around grief which promotes open conversations about bereavement. To find out more visit here. EastEnders airs on BBC One from Monday to Thursday at 7.30pm.