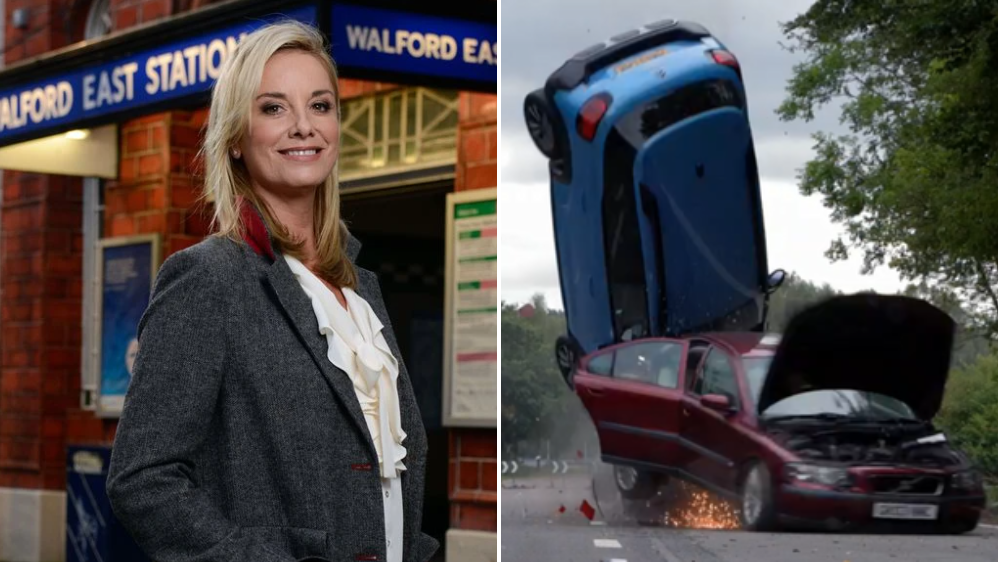 Her memorable storylines included on of the swiftest soap marriages ever to Ian Beale (Adam Woodyatt). At their reception she discovered evidence that Ian had lied to her about his daughter Lucy’s health and she promptly dumped him as the clock was striking the new millennium.

In 2019 her character was killed off. Mel died instantly when she was hit by a lorry in the middle of a feud with Sharon Watts (Letitia Dean).

And, according to an interview Tamzin has given to Inside Soap, she’s glad her exit was final and wouldn’t have it any other way.

‘At first I was sad that Mel died,’ she admitted, ‘And now I am pleased because it means the door is closed and it’s done.’

While she says she was very fond of the character she played, Tamzin welcomed the idea that she couldn’t go back.

‘Part of the excitement of being an actor is the uncertainty and not knowing what the next job is,’ she said.

She emphasises that she loved being part of EastEnders and learned a lot.

‘I have fond memories of both times on EastEnders. I loved working with Lucy Benjamin, Martin Kemp, Scott Maslen, Letitia Dean… we had such a wonderful time,’ she reflected.

‘I was learning my trade in front of millions. I’d done a lot of theatre but hitting your marks and knowing the technical side of filming, I learned there.’

Tamzin has used the experience she gained in Walford in numerous TV and film roles, including appearances in Ridley Road and Death In Paradise.

She also reached the final of the 2021 series of The Masked Dancer, being unmasked as Scarecrow in the final. She said at the time, ‘The feeling of nobody knowing who you are is liberating.

‘I feel slightly more confident with the mask on but can’t breathe as well!’