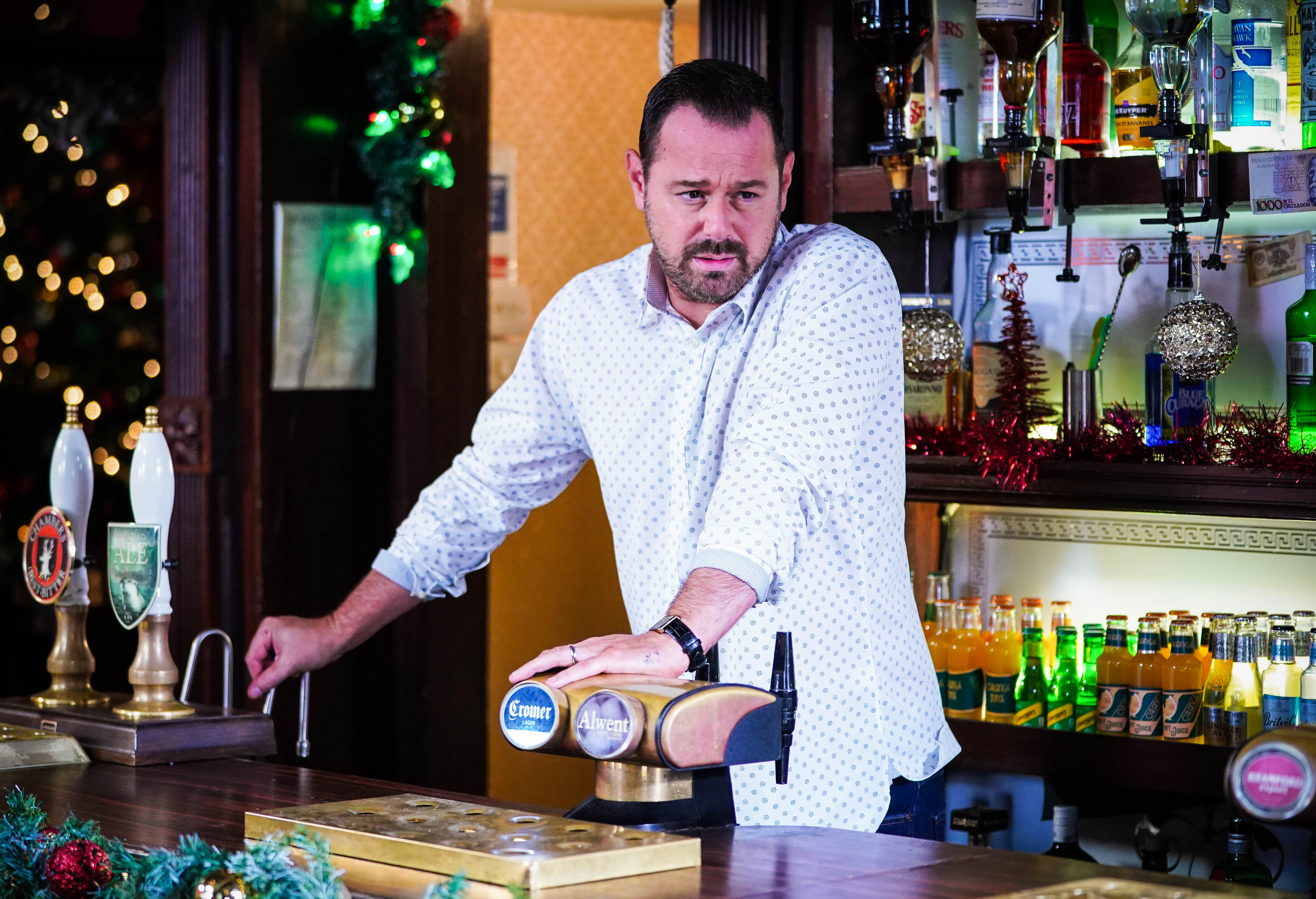 EastEnders star Danny Dyer has revealed his real name, explaining his dad was ‘off his nut’ when choosing it.

Don’t worry, his real name isn’t too far from the Danny Dyer we all know.

Speaking on his podcast Sorted With the Dyers, the Mick Carter actor was talking to daughter Dani about the most popular baby names in the UK.

As Dani double checked whether her dad’s real name was Daniel or not, Danny went on to admit the truth:

‘I was born a Danial. In the eyes of God, I am a Danial’, he admitted.

‘My old dad, and I love him very much, he’s old school. I was born in the 70s. Men didn’t really get involved in much. Back in the day my mum would go: “I’m going into labour” and he’d be in the boozer! He’d go: “All right. What time are you going to be home?” She went into labour and gave birth.

‘Anyway he got up there, obviously off his nut and got to do the important thing which is the birth certificate, which I think you have to sign.

Over in EastEnders, Danny’s character Mick is busy getting ready for Christmas and getting to know his new employee, Janine Butcher (Charlie Brooks).