EastEnders fans were delighted to see the soap back on the air this week after nearly three months away from BBC screens. The Carter family have been thrust straight back into the spotlight after selling up The Queen Vic just before the show came to a halt. But one member of the clan who hasn’t seen much change is Tina Carter (Luisa Bradshaw-White), who is still working in The Albert. However, sparks will soon fly between her and new colleague Frankie (Rose Ayling-Ellis) – but could there be something more sinister to the latter than meets the eye?

In the weeks to come, Tina will find herself in an interesting situation when she quickly becomes close to Frankie after they spend an increasing amount of time together.

Tina will end up working alongside the character at The Albert after her brother Mick (Danny Dyer) decides to let the job offer go.

But it seems her sadness at Mick’s last-minute U-turn will soon disappear when she soon strikes up a bond with Frankie.

However, with Tina unsure as to whether her new colleague is flirting with her, she’s soon given a proposition. 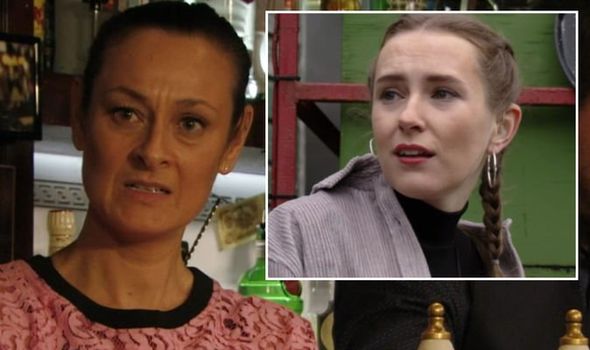 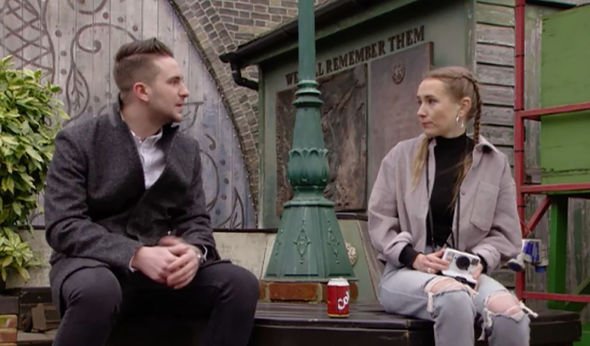 Frankie suggests the pair go for a drink after work but Tina soon embarrasses herself when attempting to speak to her new co-worker about her deafness.

The pair continue to try and connect when Frankie shows off some photos on her phone.

When Tina queries who a photo of a young boy is, Frankie opens up and explains it’s her younger brother, who passed away ten years ago.

Things take a slightly strange turn when Tina takes Frankie to her beloved pub for a drink. 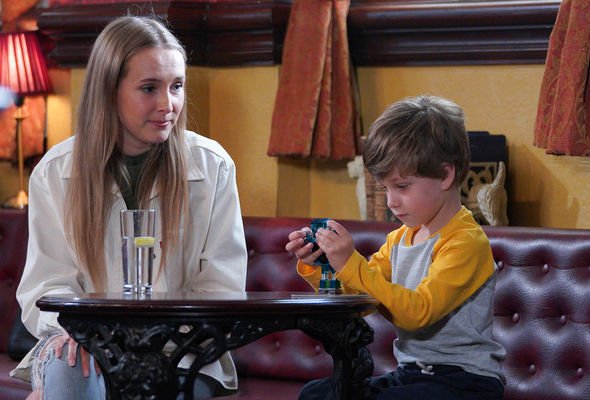 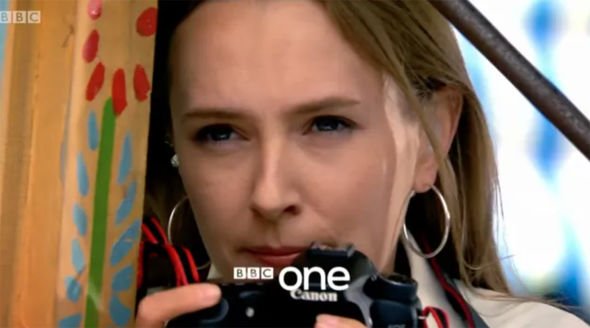 Frankie will instantly take a shine to Tina’s nephew Ollie (Harry Farr) when she’s introduced to the youngster.

But unbeknownst to the Carters, Frankie will be taking pictures of them – but what is her motive for doing so?

Could Tina end up finding out something truly devastating about her potential new love interest in the coming weeks?

Tina star Luisa spoke out on spin-off series Secrets from the Square about her character’s decision to look for love.

“Tina got coronavirus and was living with Ash (Gurlaine Kaur Garcha) and Iqra (Priya Davdra),” she explained to Stacey Dooley.

“Tina now comes out thinking, ‘I really want a relationship, I want love’. We start from there with Tina.”

With Frankie now in the equation, it seems the pair might end up pursuing a romance with each other.

However, fans are rife with theories about why Frankie is so interested in the Carter family.

Some believe the mysterious character is connected to disgraced family member Dean Wicks (Matt Di Angelo) and has been sent by him to seek revenge.

Others think she may be Shirley Carter’s (Linda Henry) long-lost secret daughter after the actress dropped a huge hint on her Secrets from the Square episode.

“I can give you a clue about what’s going to happen with Shirley. The past comes out and bites her on the bum,” Linda said.

But it sure not to be too long until fans get wind of who Frankie truly is and why she is really in Albert Square.

Will Tina be left heartbroken once more if she realises Frankie isn’t as innocent as she seems?

EastEnders airs Mondays and Fridays at 8:05pm and Tuesdays and Thursdays at 7:35pm on BBC One.