As Max – played by soon to be departing star Jake Wood – stresses about his granddaughter’s party, he’s called in to work and asks his brother Jack Branning to watch Abi. 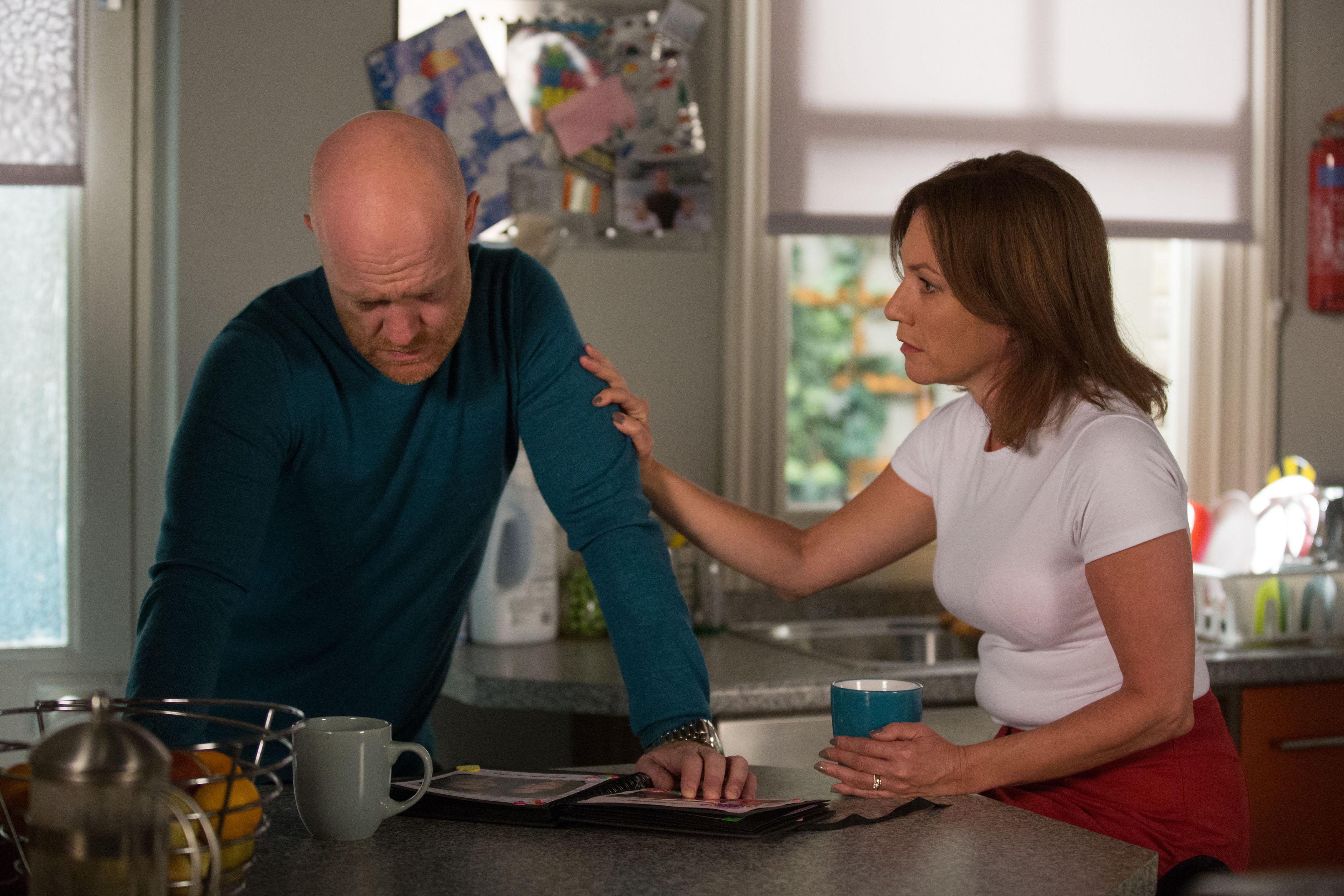 Rainie feels shut out by Max’s blatant disregard for her and offers to take charge.

But when she collects Abi’s birthday cake, she has a dizzy spell and ends up dropping it.

She’s determined to fix things and ends up taking on more than she can handle which results in her collapsing. 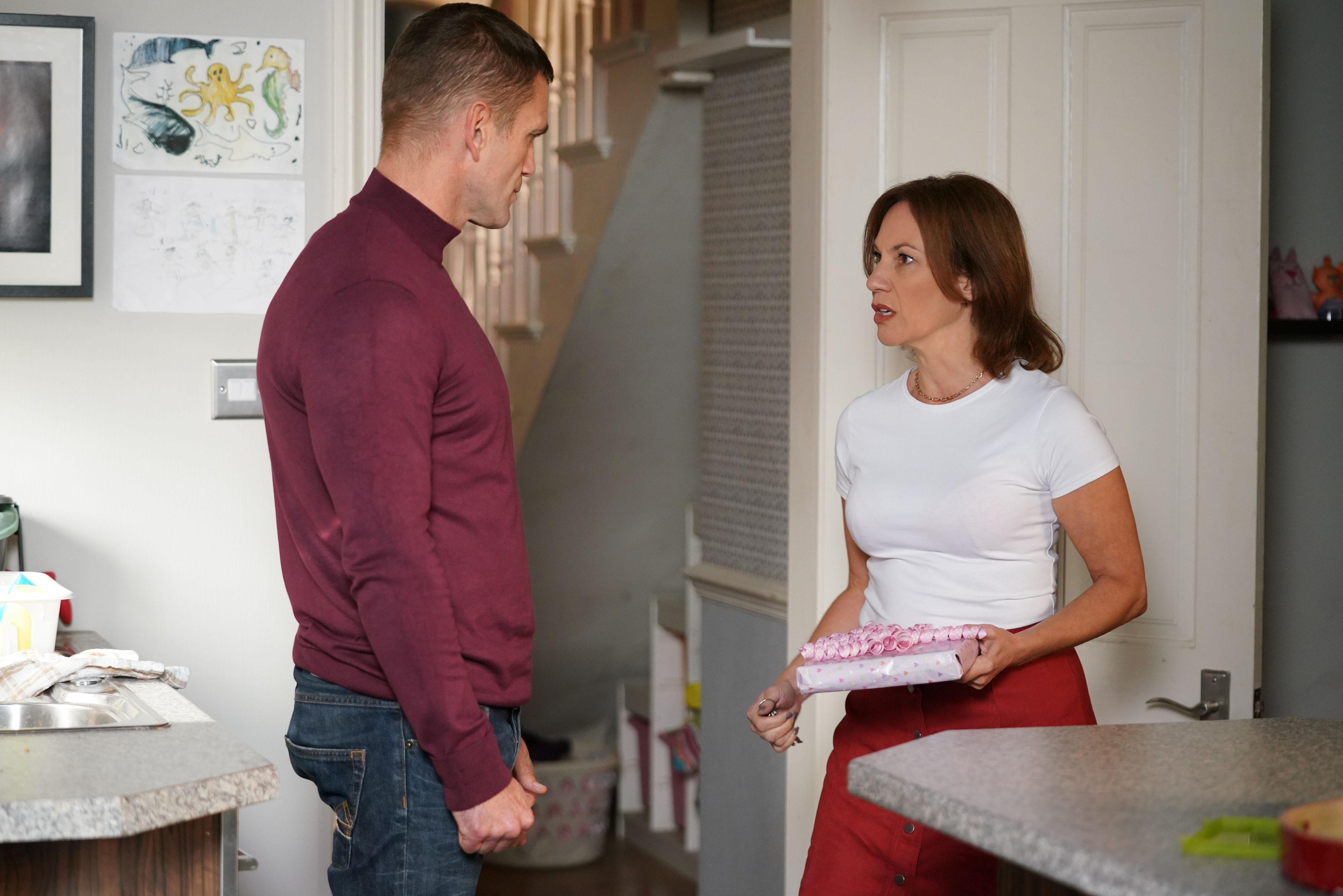 But his anger soon turns to shock when he finds Rainie – Tanya Franks – unconscious on the kitchen floor.

Later Max is stuck at work and Jack tries to salvagae Abi’s party while Rainie insists there is nothing wrong with her.

When the party gets underway Rainie is determined to help out but when Max spots she’s still unsteady, he has some very harsh words for her. 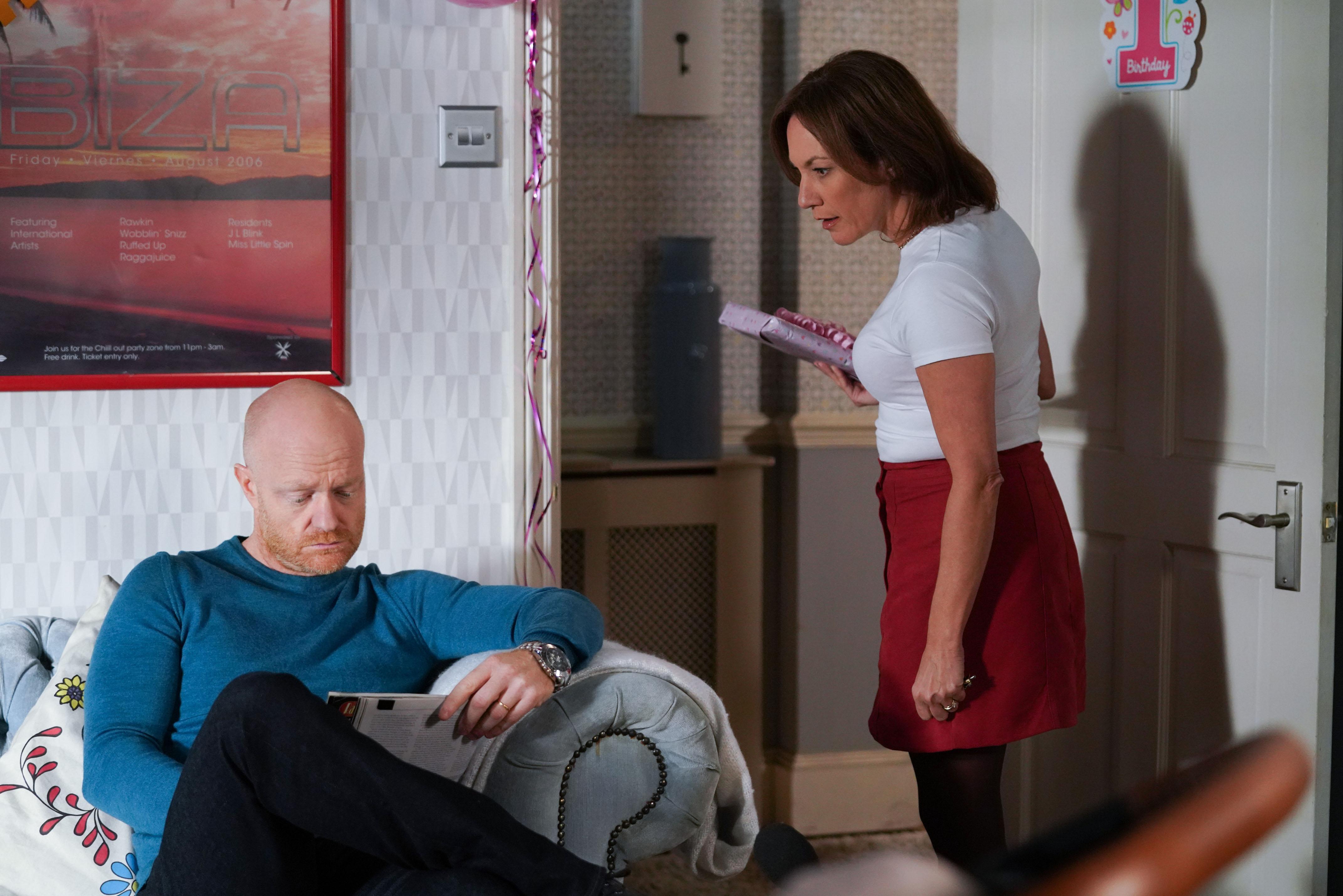 Jack is unsuccessful trying to convince Max to give Rainie the benefit of the doubt with Abi and Rainie ends up throwing Abi’s present away.

Feeling bad Jack retrieves the present and shows it to Max, it’s a photo album for Abi full of pictures of her mum.

Max is moved by the present and eventually relents letting Rainie take care of baby Abi when she starts crying.

When Jack sees Max making a doctor’s appointment for Rainie he’s pleased to see his brother finally stepping up.

But is Jack reading too much into things?