The Queen Vic landlady – who is played by actress Kellie Bright in the BBC soap – dropped the bombshell that she is pregnant earlier this month after she had a scan at the hospital. 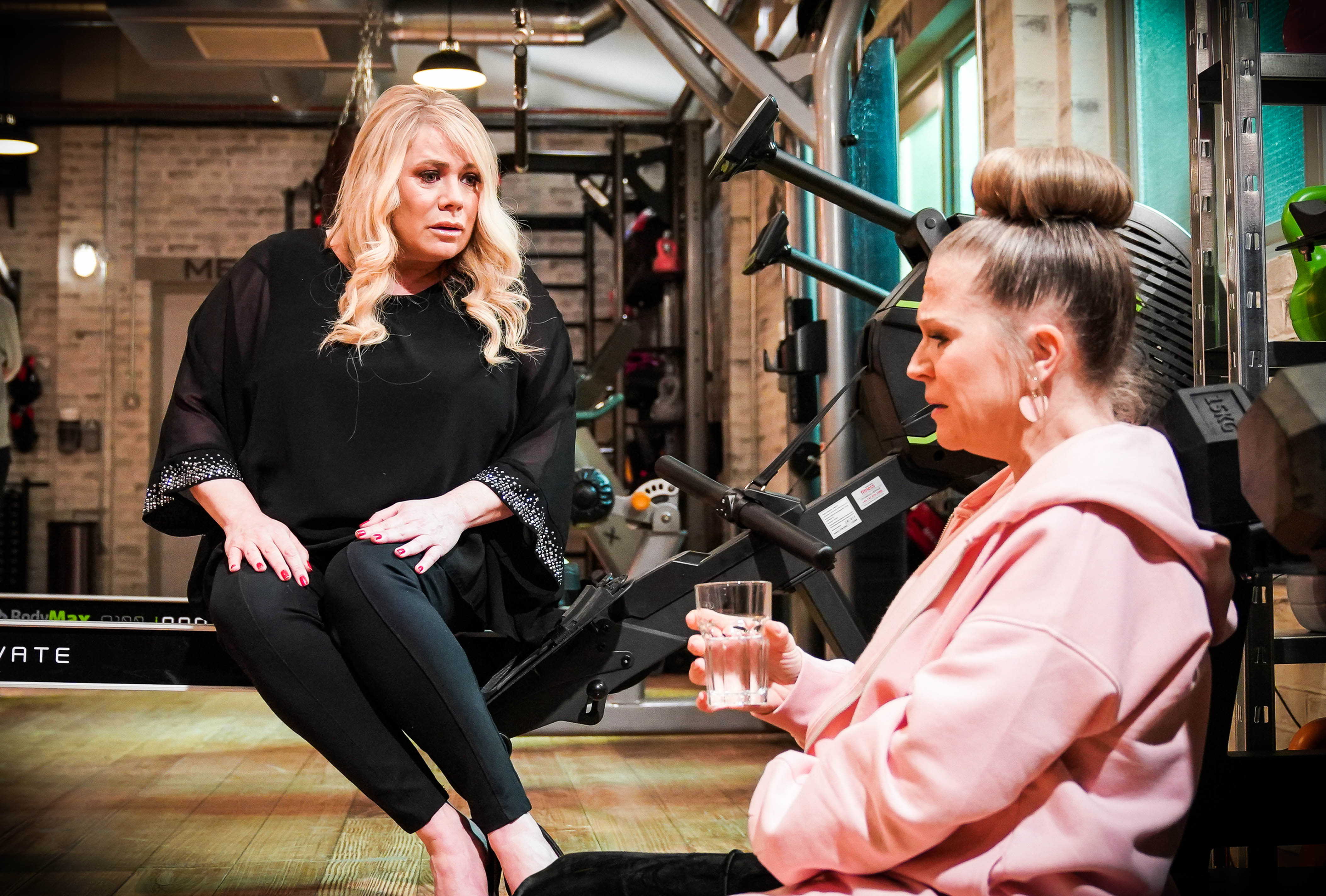 Mick was thrilled by the prospect of a fresh start, but was soon brought down to earth with a thump when Linda broke the bad news that it isn’t his baby – it’s Max Branning’s.

Next week’s episodes of EastEnders will see Linda continue to struggle with Nancy’s decision to be sterilised because she doesn’t want children. 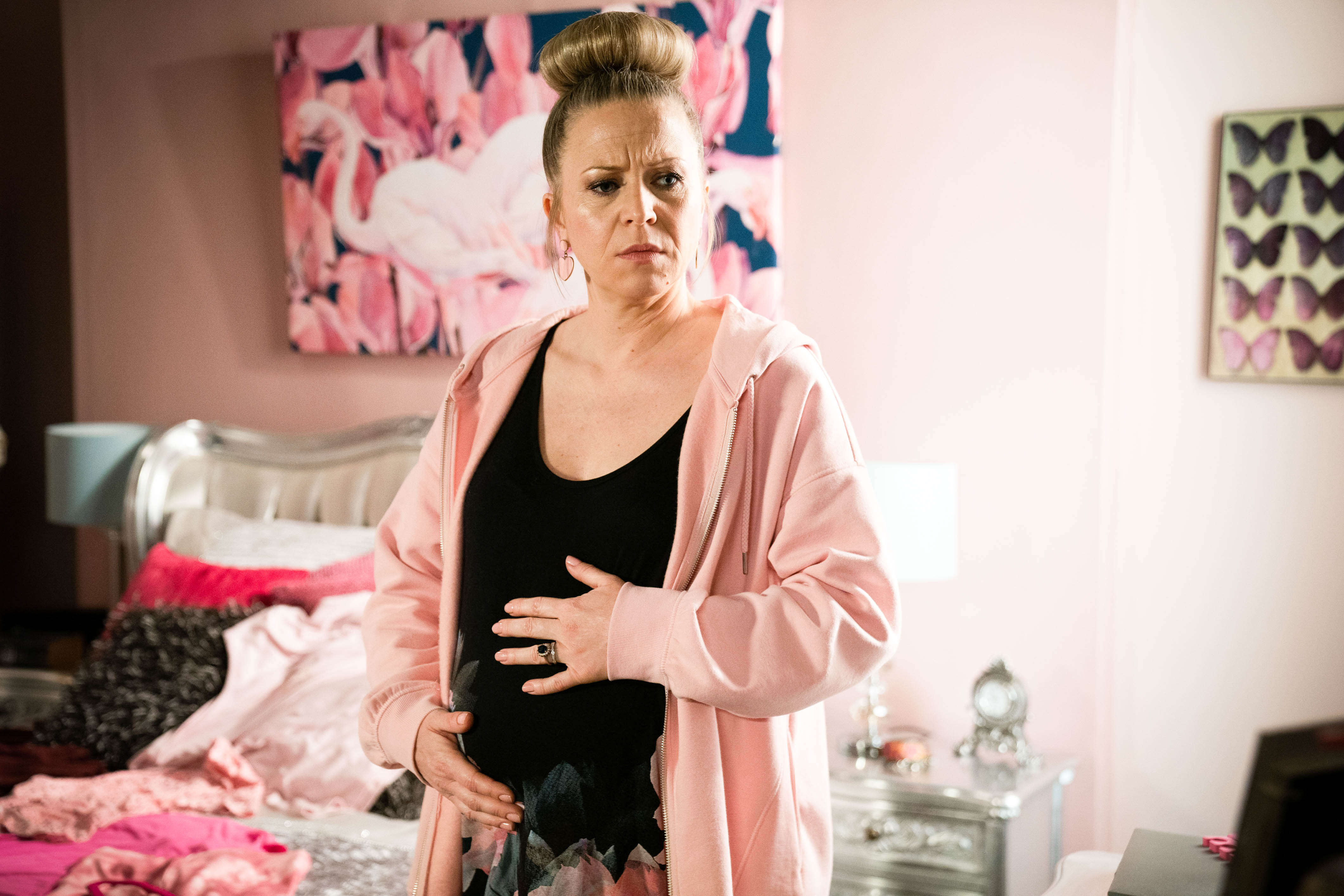 Nancy tries to make peace with her mum and offers her a one on one personal training session.

But as the session kicks off, Linda pushes herself pretty hard in an effort to conceal her pregnancy and ends up collapsing.

Sharon and Nancy look after Linda as they wait for the ambulance, but Linda grows increasingly restless as she realises she can’t feel the baby moving. 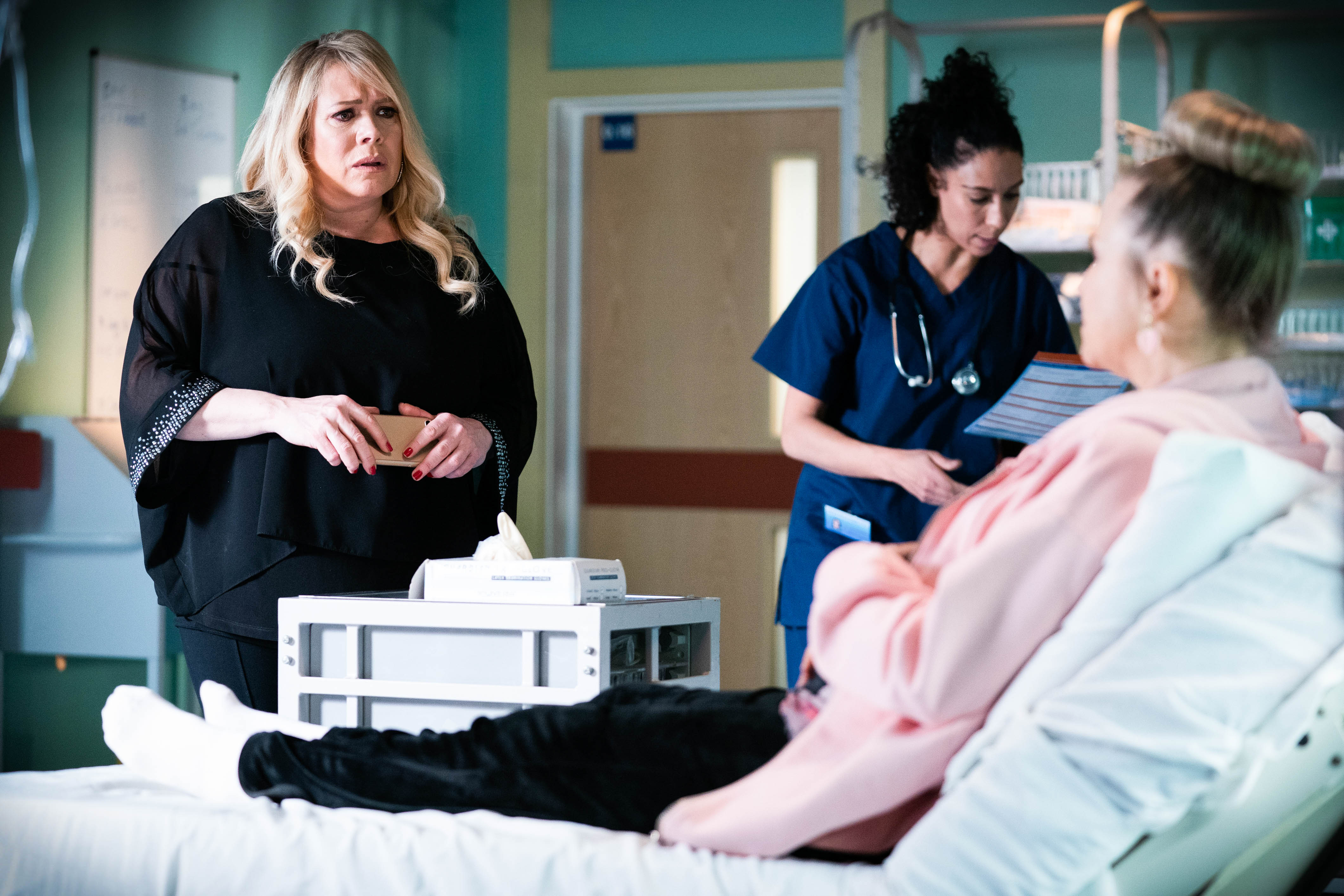 Linda tells a shocked Sharon that she’s pregnant – but that Nancy doesn’t know.

At the hospital, Linda is overjoyed when she learns the baby is fine, but she breaks down as she reveals to Sharon that Mick isn’t the father.

Later, Nancy grows suspicious that Linda is hiding something and confronts her.

Will Linda tell her about the pregnancy?

Viewers know that Linda began an affair with Max Branning at the end of last year after being constantly rejected by Mick, who was struggling with a historic child abuse secret.

When Mick finally opened up to Linda, she chose him and sent Max packing.