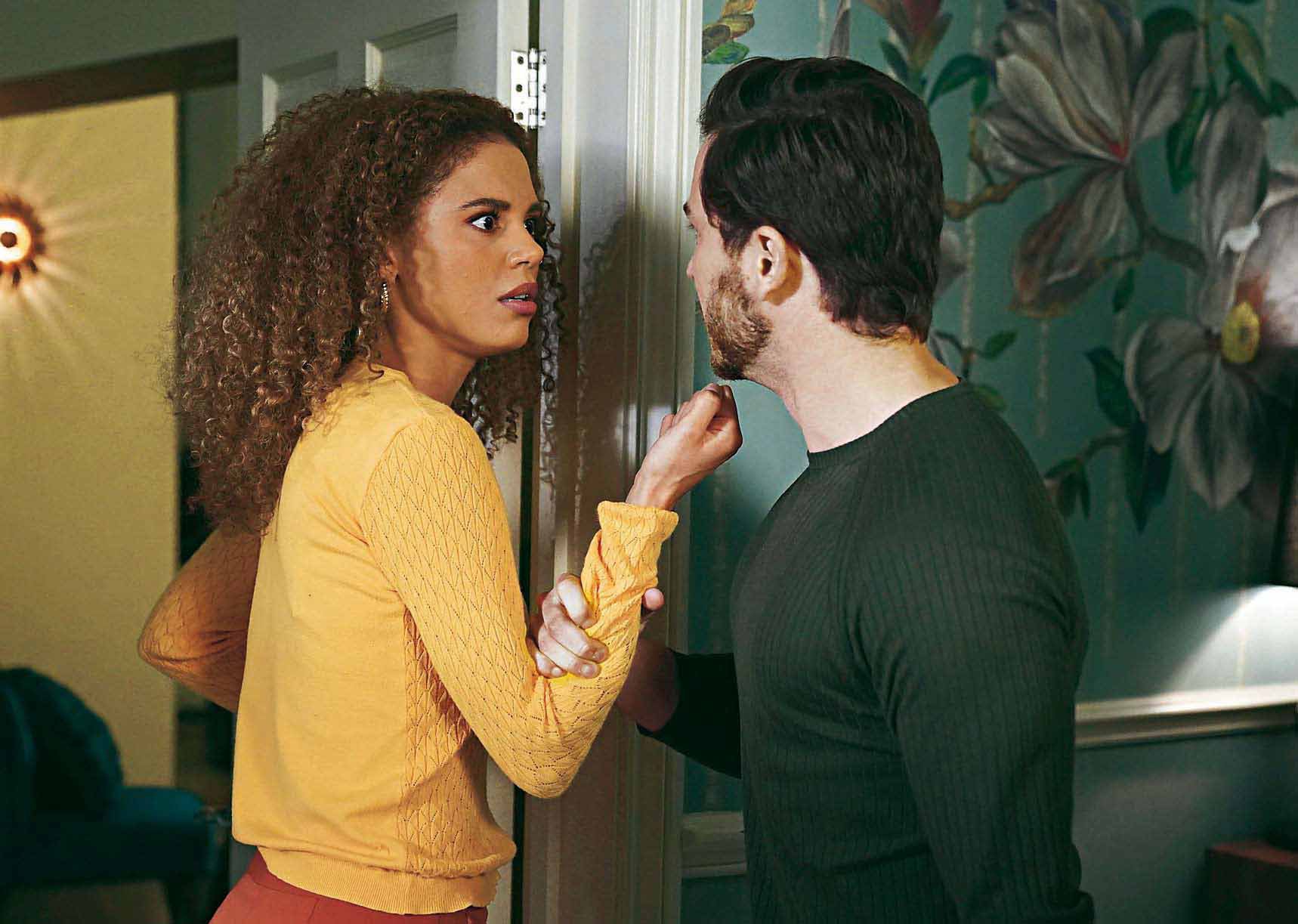 Jessica Plummer has assured fans that Gray Atkins (Toby Alexander-Smith) will get his comeuppance in EastEnders – and she hopes it will be an ending that satisfies fans – although she is as much in the dark as the rest of us over how and when he will be made to pay for his evil crimes.

The actress was talking to Metro.co.uk about the episode of her character’s murder, which has been nominated by Bafta for TV’s must see moment of the year and, when asked about her thoughts on whether Gray getting away with two more killings undermined the original story, she mused that she hopes fans disappointed with the direction of the story will be satisfied when Gray is eventually brought to justice.

She told us: ‘I think the fact that it’s even a conversation shows how incredible and invested EastEnders fans are.

‘At the time when we shot Chantelle dying, it was necessary and relevant and we achieved raising awareness at that point. EastEnders is a fictional show – the things that happen are sometimes reflective of reality and other times it goes beyond reality.

‘It’s there to keep people on the edge of their seat and keep tuning in. I really hope that people who feel it has taken away from the domestic violence storyline will feel satisfied with the eventual outcome because I imagine Gray will definitely get his comeuppance.’

But does she have any theories on what form the downfall may take?

She replied: ‘I’m not sure – maybe Whitney will expose him, that’s a real possibility. I don’t know, what do you reckon? I really don’t know! Poor Whitney, that girl needs a holiday – she needs to get off that Square for a bit!’

And Jessica remains passionate about Chantelle’s legacy and the timing of the hard hitting storyline around lockdown when horrific statistics around domestic abuse and murder were increasing.

She shared: ‘As much as it was sad for me to play, it was so important to reflect how tragic reality can sometimes get to in those awful circumstances.

‘We changed the storyline a bit, different things were meant to happen before to Chantelle so to come back on screen after being off air with this as the main focus was brave and really necessarily given the rise in statistics, particularly during lockdown.’

You can vote for EastEnders in the Bafta must see moment by clicking this link.