EastEnders resident Ian Beale (played by Adam Woodyatt) was rushed to hospital after he was left for dead on the BBC soap. Last night, it was revealed Peter Beale (Dayle Hudson) and Kheerat Panesar (Jaz Deol) had been plotting against Ian after teen Bobby Beale (Clay Milner-Russell) was arrested. But with many questions unanswered about the events of the night of Ian’s attack, it seems things will only get worse in the lead up to Christmas Day – with Ben (Max Bowden) now in the frame.

Ian believed his days were numbered after he woke up in Walford General earlier this week.

He was told by doctor Ash Panesar (Gurlaine Kaur Garcha) he had a bleed on the brain and this left Ian feeling worried he may be about to die.

As a result, he asked Sharon Mitchell (Letitia Dean) to marry him and the pair tied the knot on Thursday night.

But the question remains of who attacked him and last night, Peter and Kheerat were revealed to have been working together in order to take Ian down. 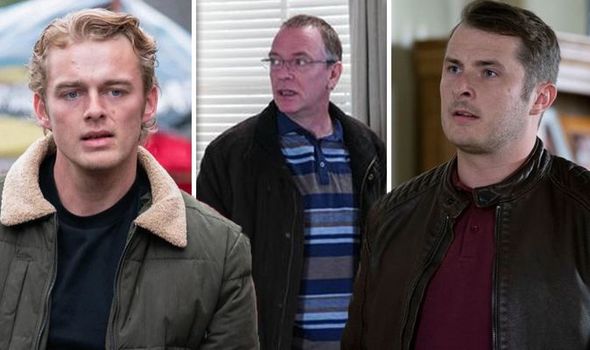 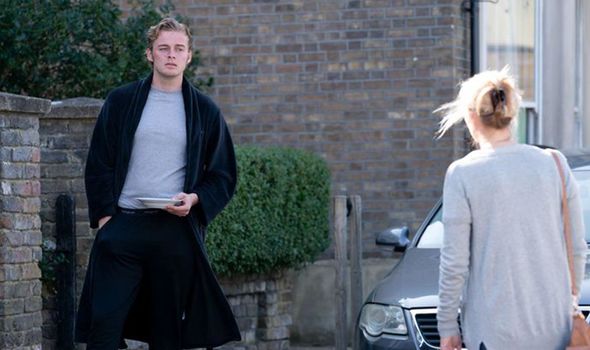 However, it seems there are others on the Square who are still out to get him as he makes a rather unwelcome return in the days to come.

The landlord of the Queen Vic will continue to live in fear as someone wants him dead and he struggles to know who to trust.

In episodes to come, a loud bang goes off at the Queen Vic and Kathy (Gillian Taylforth) and Sharon rush over, fearing the worst.

They find Ian cowering under the table, petrified as it’s far from the end of the torment he will suffer. 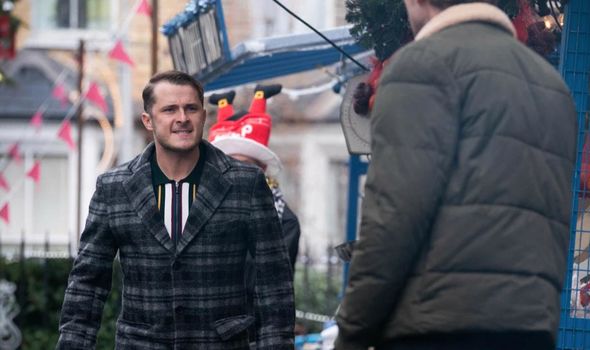 EastEnders: Sharon finds Ian on the floor of the Vic

Kathy wants her whole family together for Christmas, leading Ben, Peter and Bobby meet Ian at The Vic to offer olive branches, for Kathy’s sake.

But when they question Ian about what actually happened, suspicions begin to rise.

DCI Arthurs visits Ian and Sharon to let them know that they have taken Tina Carter (Luisa Bradshaw-White) in for questioning as she remains under suspicion.

Things will go from bad to worse when another vicious incident occurs in his home, which prompts a change of heart as he realises just how horrible he has been.

The businessman decides to try and make amends with everybody who he has wronged, with Peter and Bobby first on the list.

It’s the night before Christmas and all through the Square, people are gathering for a special festive celebration, there are memories to share. But as the night ends, Walford is left in shock.

A chilling taunt on Ian Beale leaves him scurrying for safety, terrified for his life once again.

And as Christmas Day dawns, one resident makes it clear they want him gone for good – but who is it?

With Peter and Kheerat up to some dodgy tricks, they’re sure to not be the only ones with a guilty conscience but it’s his brother Ben who Ian decides to accuse.

And later on, there is a clash in the Vic when Kathy learns Peter knew about Bobby’s struggles with his OCD.

A shocked Kathy berates Peter in the pub whilst Ian and Sharon watch on, but Peter turns on them and when Ben overhears his choice words for Kathy, he knocks Peter to the ground.

This triggers Ian’s memory from the night of the attack, a stunned Ian tells Sharon it was Ben that attacked him. Ian then spots a letter addressed to him outside The Vic – someone has sent him a bullet – the message clear; he’s wanted dead.

Later, Suki tells Ben that she’s seen CCTV from the Minute Mart that shows Ben leaving the pub around the time that Ian was attacked.

But was it really Ben who attacked his own brother or has he been wrongly put in the frame?

EastEnders airs Mondays and Fridays at 8:05pm and Tuesdays and Thursdays at 7:35pm on BBC One.