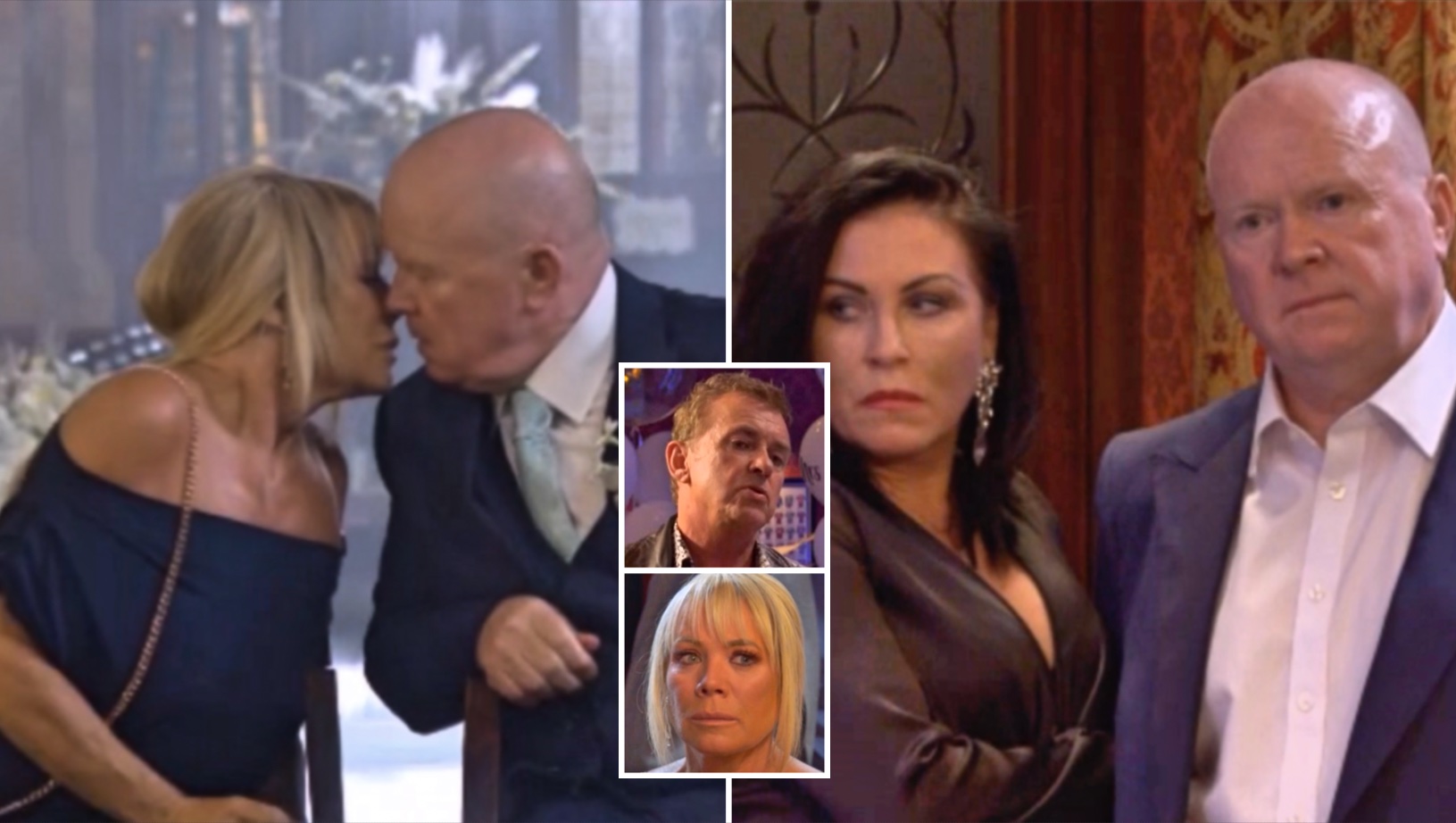 Phil Mitchell (Steve McFadden) doesn’t know what he wants in EastEnders, after almost kissing Sharon Watts (Letitia Dean) on the day of his wedding to Kat Slater (Jessie Wallace).

The show’s resident hard-man was all set to tie the knot to Kat, but things didn’t exactly pan out as planned. We mean, this is Walford we’re talking about, so disruptions and obstacles were to be expected!

The obstacle we’re referring to is, of course, Alfie Moon (Shane Richie) – aka the love of Kat’s life – who showed up on the big day in a bid to win back his soulmate’s affection before she married Phil.

Kat, however, made it quite clear that she was intent on going through with the ceremony, but one thing led to another, resulting in the former lovers ending up on a boat on the canal!

Alfie was keen to use the opportunity to persuade Kat to call off the ceremony, but she once again insisted on getting to the church on time – something which proved difficult when the boat failed to start.

Phil, meanwhile, awaited the arrival of his blushing bride, and he was less than pleased to find out she was stranded on a canal with her ex. Sharon, however, was delighted, spying an opportunity to win Phil back.

After ordering everyone out of the church, Phil waited back alone, contemplating where he goes from here.

Sharon soon approached, and reminded him that he’s marrying the wrong woman, and as the former flames reminisced about their three decades-worth of shared history, one thing led to another as Phil leaned in for a kiss.

The vicar, however, interrupted, resulting in Sharon walking off, leaving Phil to mull things over in his head. Kat, meanwhile, made it to the church and apologised profusely for the hold up.

Viewers – and the residents, for that matter – were left on tenterhooks, wondering what was transpiring at the church, but Kat and Phil soon provided answers, as they arrived at The Vic, revealing that they’ve decided to give things another go, having set another date for the wedding.

Sharon and Alfie looked on, heartbroken.

Has Phil made his final choice? Has Kat? Or will the continued presence of their actual soulmates make temptation too difficult for them to resist?

EastEnders will air this episode on Wednesday September 14 at 8:30pm on BBC Two, and this week’s episodes will be available to stream on BBC iPlayer at 7:30pm each night.