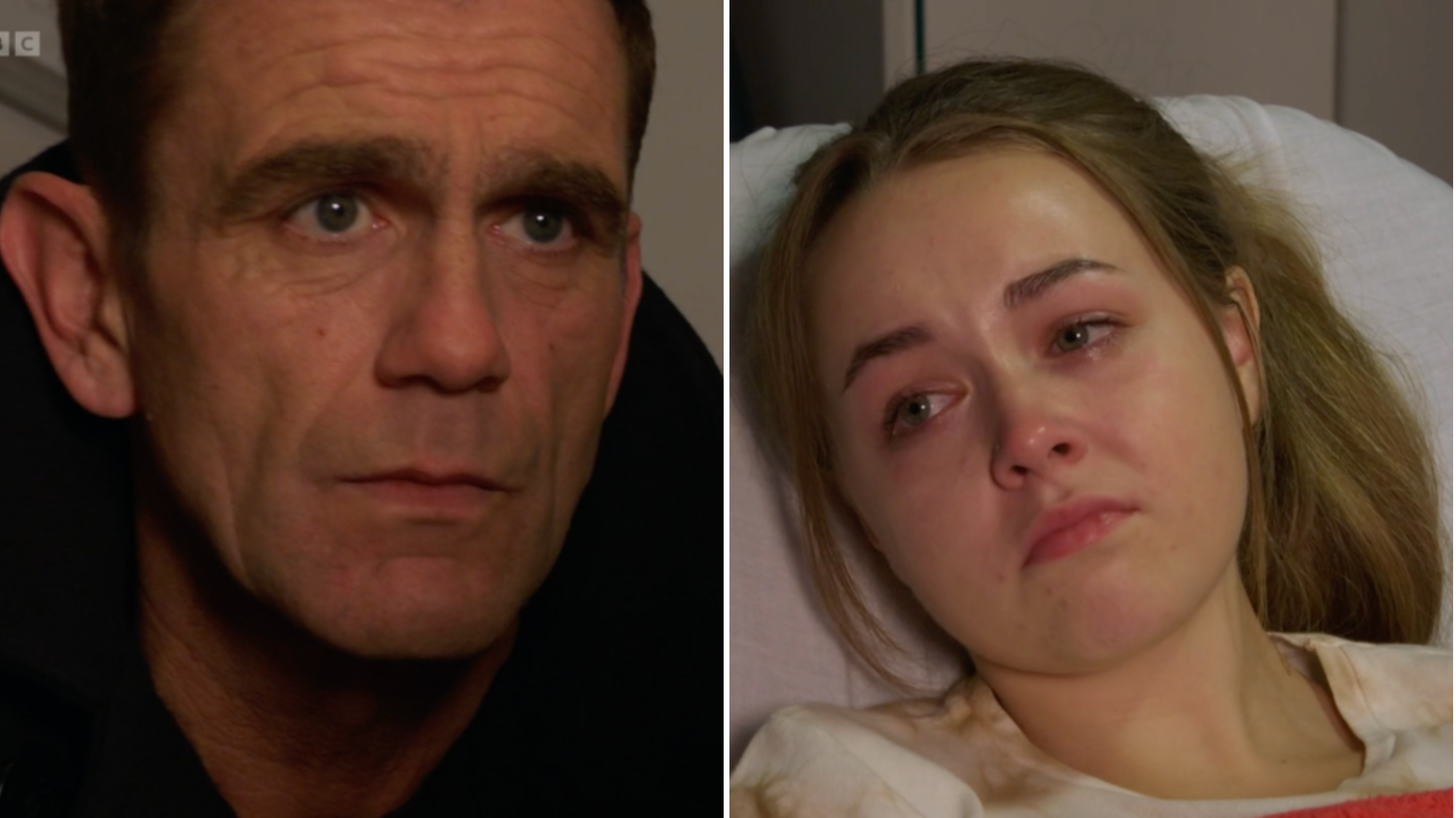 Amy Mitchell (Ellie Dadd) was left terrified in EastEnders as an ambulance had to be called for her after she self-harmed.

The teen, as viewers know, has been struggling with her mental health over the past few months, after her relationship with Denzel Danes (Jaden Ladega) came to an end.

The self-harming trauma came out after Sam (Kim Medcalf) walked in on her, and she subsequently relayed her discovery to Jack Branning (Scott Maslen), who has struggled to get his head around it.

Amy, meanwhile, has been speaking to a therapist, and Jack grew concerned for her in Monday’s (December 5) offering of the BBC One soap, worried that she had no-one to talk to.

The policeman therefore went out of his way to make things right with Howie (Delroy Atkinson), hoping that he would persuade Denzel to check in on Amy.

Denzel did just that, and he and Amy got on like a house on fire – just like old times. Nuggett (Juhaim Rasul Choudhury), however, scuppered the moment, as he told Amy that her dad got the sack due to her relationship with Denzel, which left the teen incredibly upset as she stormed out.

Jack had not lost his job – Nuggett had the wrong end of the stick.

Amy returned home, missing her therapist appoint, and she subsequently self-harmed. But there was horror ahead, as Amy revealed that she had been unable to stop the bleeding, begging Ricky (Frankie Day) for help.

Jack, meanwhile, stepped foot out onto the Square, where he saw the ambulance and put tow and two together.

Jack hopped into the vehicle and promised Amy that everything would be okay. Will Amy be okay?

EastEnders continues Tuesday December 6 at 7:30pm on BBC One, or stream the next episode from 6am tomorrow on BBC iPlayer.